On the Hustings in Cleveland | The Walrus
Skip to content 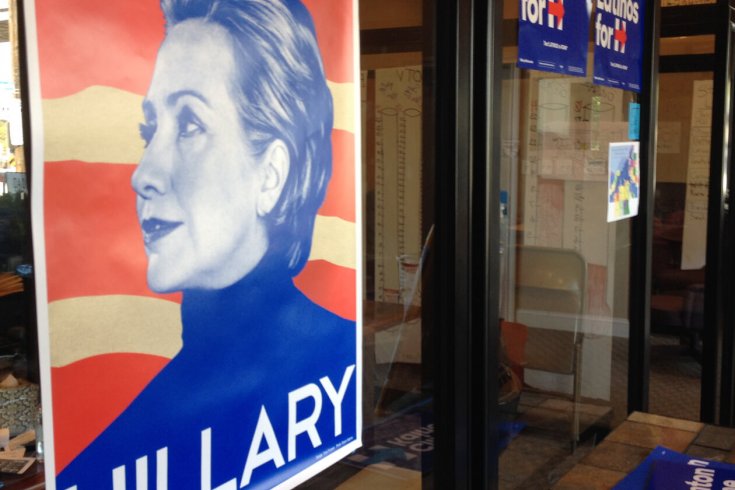 At noon last Sunday, ten volunteers stand in the sort of provisionally furnished space common to front-line election offices everywhere: second-hand furniture, tables laden with energy-replenishing snacks, and hand-written reminders—“smile as you canvas”; “finish your packet”—taped to every surface.

I’ve travelled to Cleveland to spend an afternoon canvassing for Hillary Clinton with my wife, as well as my sister-in-law and her friend, both of whom live in Buffalo. The three of them had gone to Cleveland to help pull the vote on that historic day in November 2008, when America crossed the racial Rubicon. For all the wrong reasons, this election is proving to be no less urgent.

Two of us are Canadians, but that fact didn’t faze Clinton’s organizational machine when I filled out the online volunteer form (it includes a line for “country”). While non-citizens can’t donate money or even buy candidate swag, contributions of time and sore feet seem to pass muster with US election officials.

Lisa Edwards, a senior Ohio organizer, confirms what I’d been hearing back home: that volunteer interlopers are turning up from all sorts of places outside the United States: Canada, of course, but also locales as far afield as Denmark and the United Kingdom. I have a Calgary acquaintance working for Team Clinton in Dallas; another is heading to North Carolina. Edwards says the campaign even offers to cover hotel and some transportation expenses for out-of-state canvassers. All the out-of-country interest underscores the global reverberations of America’s domestic politics, and also reveals how ambient Donald Trump angst—though diminished with less than two weeks to go—knows no borders.

In the office, Kara, one of Hillary Clinton’s Cleveland precinct captains, leads the group through a rapid seminar on what we have to do: as part of the Democrats’ famously effective ground operation, we receive a list of forty voters identified as Democrats, a script, a map, a stack of information cards on early voting, and an old-fashioned clipboard. She then offers up a few nuggets of advice for the road: If asked about the private emails, Kara says, remind the person that Clinton has already apologized. If the voter seems to be cranky about getting drawn away from the Cleveland Brown’s afternoon game, apologize and leave. And, most important of all, don’t get into debates. “We’re trying to avoid as much as possible talking about Trump,” she says. “If the house has a Trump supporter, say, ‘Thank you for your time.’ At this point, we’re not going to be changing anyone’s mind.”

When we venture out, we see virtually no outward evidence of this lunatic contest anywhere we go in Cleveland, or, indeed, in Buffalo and along the interstate linking the two rust-belt cities. We spot perhaps four Trump signs in all (including one next to a large white cross on the highway), plus a couple of Clinton lawn signs, and almost none for any of the down-ballot races. Despite Ohio’s noted status as a swing state, the places we visit appear to be, well, unmoved by the surreal contest playing out on TV and computer screens around the world.

We are assigned to canvas a sleepy enclave in west Cleveland—a forlorn working class neighbourhood marked by scrubby vacant lots, fortress-like corner stores, and sagging clapboard homes carved into dingy apartments. Here and there, we notice the occasional gentrifier. Several of the houses on our list have provisional wheelchair ramps out front. Almost none have doorbells.

Most of the people we meet are Hispanic or African American: some sit on their stoops, idling away a languid Sunday afternoon, while others peak out at us from behind barred screen doors, offering one-word answers. Indeed, it seems that many people in this neighbourhood are going about their business, knowing full well that the outcome won’t make much of a dent in the complexities of their lives.

At one stop, Linda Guzman, a middle-aged woman with straw-blonde hair, opens the door. We explain why we’ve come and she tells us, somewhat impatiently, that she doesn’t have much time as she is looking after her husband, who is blind. But Guzman warms up when she learns how she can mail in a ballot. As we leave, she smiles broadly: “Hillary all the way.”

A few blocks away, we encounter a slight, older Latino man sweeping the sidewalk in front of his house. He shrugs when we inquire if he’s going to support Clinton. His wife’s name is on our list, too, and we ask if we can speak with her, as well. The man motions for us to come to the side door, and he disappears inside. A few minutes later, he emerges holding out a flip phone. He has called his wife and hands over the device. She doesn’t share her husband’s hesitation, and confirms her support. After the call ends, he smiles wanly and waves as we headed down the street to the next address.

In lieu of election signs, some homes sport other messages: a Black Lives Matter sign in a window on one side of the street, and a “Pray to End Abortion” sign directly opposite. The resident of the latter, however, turns out to be an enthusiastic Clinton supporter who tells us he is working for one of the Democrats’ super PACs. On one especially tattered home, the scuffed front door sports a stenciled message that wouldn’t be out of place on a Pottery Barn throw pillow: “Family is where life begins and love never ends.” No one answers the door.

We eventually come to a house with a ramp and the sound of yapping dogs behind a door. A tousled-haired young man in sweats emerges, his glasses held together by tape. The ripe stench of unchanged kitty litter wafts out. When we ask our introductory question, he draws back and declares, “Well, I haven’t actually decided yet.” But, he quickly adds a qualifier: he will choose the candidate whom he thinks answered questions honestly in the debates.

The man proceeds to launch into a perceptive analysis of the dynamics of the presidential race, and it’s soon apparent he has no intention of voting for the bellicose billionaire. His main issue, rather, has to do with getting to the polling station with his mother, who is housebound and in a wheelchair. When we tell him about the ballot-by-mail option, he eagerly fills out the form in a tight, looping script. Once we complete the paperwork, he thanks us and vigorously shakes our hands.

Back at the Clinton organizing office two hours later, Edwards expresses her gratitude to the out-of-state volunteers and tweets out a picture of the Toronto contingent. She also puts in a pitch for any of us to come back for the four-day, military-grade, get-out-the-vote marathon that will run until E-Day: November 8.

As it happens, that effort may overlap with the final two games of the World Series, which, this year, features the Cleveland Indians looking to deliver a championship to a city that tends not to win championships. In fact, with the polls pointing to a Clinton win, her organizers sense that the fall classic may soon pose a more enticing draw than their efforts to beat the orange man with the strange hair.