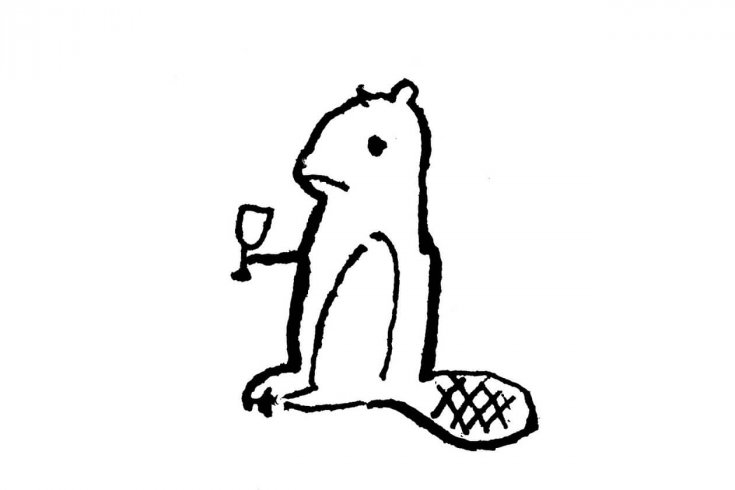 Winner of the 2016 Walrus Poetry Prize

Mrs. Hamilton drank tea with me. Mrs. McGill, wife of the commissary,
Capt. John McGill, and Miss Crookshank, her sister,
are pleasant women from New York. I gave a dance this evening.

The oil springs on Oil Creek formed a part
of the religious ceremony of the Seneca Indians,
who formerly lived on these wild hills.

The Governor set off from hence in a sleigh,
with six officers and twenty soldiers.
Brant and twenty Indians are to join him and guide him

A spring of real petroleum was discovered on the march
by its offensive smell. The Aborigines dipped it from their wells
and mixed it with their war-paint,
which is said to have given them a hideous appearance.

The governor found his expectations perfectly realized
as to the goodness of the country on the banks of La Tranche,
and is confirmed in his opinion that the fork of the river
is the most proper site for the capital of the country, to be called New London.

The “thick scum” which the Indians gathered,
and which careful, prudent men, now guard against conflagration,
flows into peaceable tanks, and, instead of lighting up the wilderness
for uncouth savages, sends joy and comfort into thousands
of distant homes.

I have been very much amused by reading Watson on chemistry,
in which there is an account of the making of an artificial volcano
that I think would please you.

The thought is quite romantic—perhaps poetic—
that the little animals which occupied these shells
ages before men appeared
allowed their substance to be converted into oil to fill them,
and thus, with true charity, even “gave their bodies to be burned.”

We dined with Mrs. Hamilton, wife of Mr. Robert Hamilton, and
struck a vein of gas and oil which spouted over the top of the derrick,
and was fired by the night lamp hung in the derrick,
burning the rigging down.

I observed some trees on fire; the flames, in part concealed,
appeared like stars, and had a beautiful effect.

The Indian women have remarkably sweet voices
the odor of the oil is rather unpleasant
and the music would sound well among the rocks.

Note: “Colloquium” is a pilfered erasure dialogue excavated from fragments of two public-domain texts: J.T. Henry’s The Early and Later History of Petroleum (1873) and The Diary of Mrs. John Graves Simcoe, Wife of the Lieutenant-Governor of Upper Canada 1792–6 (1911). Italicized lines come from Lady Simcoe’s diary, and unitalicized lines from Henry’s History of Petroleum.

The Hal Jackman Foundation, committed to fostering creativity and enriching our community through the arts, has generously supported the prize since its inauguration. The foundation also supports poetry in every issue of The Walrus.

This appeared in the January/February 2017 issue.

David Huebert (@davidbhuebert) will be publishing a book of short stories, Peninsula Sinking, next year.