Cleaning Up Quebec’s Toxic Media | The Walrus
Skip to content 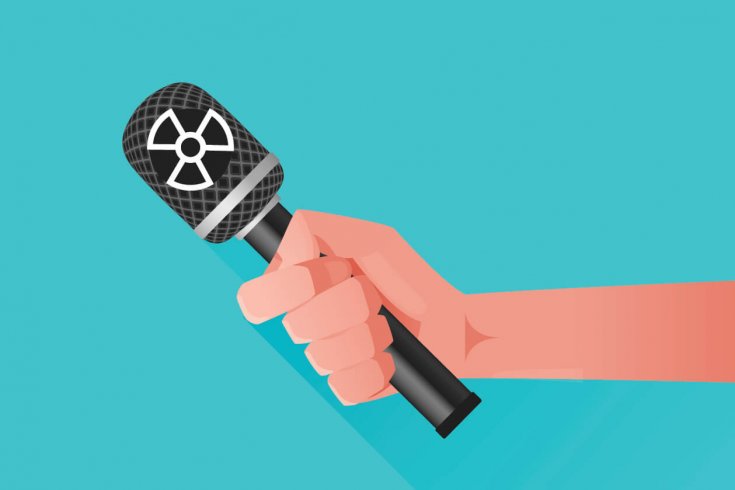 In 2016, during his bid for Parti Québécois leadership, Jean-François Lisée was very preoccupied with burkinis.

In a blog post, Lisée suggested Quebec should follow the more than twenty French mayors who banned the full-body bathing suit in public. Lisée said burqas and niqabs, which are also banned in France, are used to commit acts of terror. “Our only option is to debate the banning of burqas before a jihadist uses it to hide his movements for an attack, or afterwards,” he argued.

The conversation should have ended where it began: when Quebec’s Liberal minister of international relations, Christine St-Pierre, told a scrum of reporters that a ban would be “very, very, difficult” to impose.

“Would it resolve the issue?” one journalist asked, not fully explaining what issue he was referring to.

“You’re smart, you can read, like me, what the Charters [of Rights and Freedoms] provide for in terms of freedom of expression,” she responded.

But targeting Muslims in incendiary blog posts became a useful tactic for the new PQ leader. Earlier that summer, Lisée chastised both another leadership hopeful and the prime minister for wishing Muslims a happy Eid al-Fitr, a holiday that marks the end of Ramadan. “It seems to me that the leader of a party and the government that wants to protect secularism and state neutrality should abstain from participating in religious rituals,” he wrote, before pointing out that Trudeau’s Easter wishes had been insufficiently effusive.

Radio host Éric Duhaime called the pig’s head left on a mosque’s doorstep freedom of expression. “Where does it say in the Criminal Code that I don’t have the right to give a pig head?” he asked.

With the Bloc Québécois leadership race underway, it’s possible the federal sovereigntist caucus may adopt the same style of dog-whistle identity politics. In the last federal election, the party’s loudest campaign promise was to prevent women in niqabs from voting. One image shared on social media shows the House of Commons through the eyeholes of a niqab and reads: “Mulcair is fine with the niqab. Do you need to hide your face to vote NDP?”

Following a shooting that killed six Muslims in a Quebec City mosque, the Bloc pulled its anti-niqab video from YouTube, and some in Quebec took aim at a discourse that, in their view, has become increasingly xenophobic. In particular, so-called trash-radio channels owned by private stations have become a no-holds-barred space for airing discriminatory grievances against welfare beneficiaries, public broadcasters, and Muslims. Last summer, when a pig’s head was left on the doorstep of the same mosque where the shooting occurred two weeks ago, FM93 host Éric Duhaime called it freedom of expression. “Where does it say in the Criminal Code that I don’t have the right to give a pig head?” he asked.

CHOI-FM Radio X’s Jeff Fillion, for his part, said he has always been pro-immigration, and “there is no hate speech” on Quebec talk radio. Yet CHOI-FM lost its licence in 2004 after the CRTC ruled it was too offensive. “In Muslim countries and countries in Black Africa, the ones who are sent abroad to study are the sons of people who are disgusting . . . the sons of plunderers, cannibals,” said Fillion’s co-host André Arthur in 2003. The station was saved only because it was bought by a new broadcaster.

A week before the attacks in the provincial capital, Fillion invited the Quebec rapper Webster onto his show to discuss an upcoming music festival against racism in Quebec. A promo video for the festival features a 2012 Radio X clip in which an independent political candidate says that “we didn’t choose the right immigrants—there should be more Asians and fewer Arabs.” (The man quoted withdrew his candidacy soon after the show aired.) “I’m sorry, but that, it’s racism and xenophobia for me, plain and simple,” Webster said.

But Fillion just couldn’t see it: “Some Muslims don’t want to share our values, don’t want to live like us—we need to adapt to them?”

Last week, Pierre Mailloux and Josey Arsenault of FM93 hosted a call-in for people to talk about their experiences with hate crimes. “It happens often when I go to the park and see Muslim women hanging around together,” said the first caller. “They don’t work. They spend their day at the park, at the pool, eating, so it’s a lack of integration.” When gently pressed to explain how this behaviour is hateful, the woman continued to share: her colleagues are mostly Muslim, and the toilets at work are filthy, she said. “It’s really disgusting, putting feet in the sink for prayer.”

Throughout the rest of the show, men and women who practise Islam called in to denounce the woman for inciting hatred on a show about deconstructing hatred. These callers were met with pointed questions about contraception and prayer-room divisions. The rhetoric was clear: Islamophobes, welcome; Muslims, en garde.

The fear of “creeping Sharia” exists across Canada, but it has a different tone in La Belle Province. Online, far-right groups espouse a kind of white nationalism couched in cultural ideas, such as “Québécois de souche” or “pure laine”—terms referring to those whose ancestors have lived in Quebec for generations.

The movement has coalesced around emblematic issues that, for certain commentators, have come to symbolize a clash of civilizations. Any attempts to accommodate Kosher or Halal diets at sugar shacks where Quebec comfort food such as fèves au lard, oreilles de crisses (fried pork rind), cretons (pork spread), and ham are served have been derided by nationalist groups. Requests for reasonable accommodations, such as women-only hours at pools or gyms, are frequently described as attacks on secular society. Many of these fringe groups grew their audience as the Charter of Values—a law that would have banned kippahs, turbans, and hijabs in public institutions—became the object of regular debate.

Quebec isn’t necessarily a hotbed of racism—many groups are outraged when anti-Muslim organizations come to town. Anti-Islam protest participants are always outnumbered by counter-protesters. When the Charter of Values was proposed, many Quebecers complained it was xenophobic, and the minority government behind it was voted out. One of the Charter’s co-creators, Bernard Drainville, backed out of a panel at Concordia University in 2013 to avoid the rallies planned to greet him. And after a woman was attacked and had her hijab pulled off in 2015, the National Assembly unanimously voted in favour of a motion condemning Islamophobia.

But the reactions following the attacks on January 29 were evidence that even mainstream Quebec media has difficulty coming to terms with the way a xenophobic discourse can enable violence. One of Quebec’s most-watched news channels, TVA, couldn’t compute the idea that Muslims could be victims of a terror attack. In the words of its senior anchor, Pierre Bruneau: “We could imagine the opposite . . . that an extremist group of Muslims could commit an attack, but that us, that someone from another community could attack Muslims? It’s reverse terrorism, if you allow the expression.”

This was the same news channel that in 2015 sent a reporter and cameraman to the doors of a Montreal Muslim campus group at Concordia University. The report accused the group of radicalizing students, because a journalist had found controversial books included in its online library inventory. Instead of denouncing the reporter for entering a student building and filming without consent, the university promised to look into the matter, and the books were eventually pulled from the shelves, against the principles of academic freedom.

For his part, Bernard Drainville, now a TVA talking head, joined the bandwagon of politicians that denounced the attack as terrorism. His opinions, however, are unchanged. When he was confronted two days after the attack about the exaggerated nature of TV debates on burkinis, he said only that the push to ban face coverings in public institutions will move forward.

Premier Philippe Couillard has also promised to work closely with the Parti Québécois and the Coalition Avenir Québec to pass the watered-down secularism bill that has been on the table for years. The law would ban employees and people receiving services in public institutions from covering their faces. Religious neutrality would be enforced in daycares and schools, and accommodations based on religion would be limited. There is no mention of Islam or Muslims in the proposed law, but like the Charter of Values that preceded it, the bill is a thinly veiled attack on a small number of Muslim women and Orthodox Jews.

When the attention brought on by the shooting fades, it seems likely that Quebec politics and media will isolate themselves from the rest of Canada again. The talk shows and columns live because there is an audience: Radio X and FM93 are the most listened to stations in Quebec. And four days after vigils drew Canadians into the streets, another mosque was vandalized in Montreal.

But some Quebec commenters are beginning to think about this issue more deeply. One radio host made a plea for columnists to build bridges with the Muslim community. “We speak about them often . . . We talk about their faith, we talk about Islam, we denounce radical Islam,” he said. “Do we speak to them? Not enough.” Online groups have also reflected on their role in inspiring violence. The Facebook page “Pas d’Islam radical et de charia au Québec” had garnered 6,000 likes by regularly posting articles demonizing Muslims, women in hijab, as well as videos and messages by PEGIDA-Québec and the leader of France’s far-right Front National party, Marine Le Pen. Days after the attack, the page’s moderator said her position on secularism in Quebec hadn’t changed, but she promised to delete the page she had set up three years ago. “I have no interest in striking another match for a crackpot,” she said.