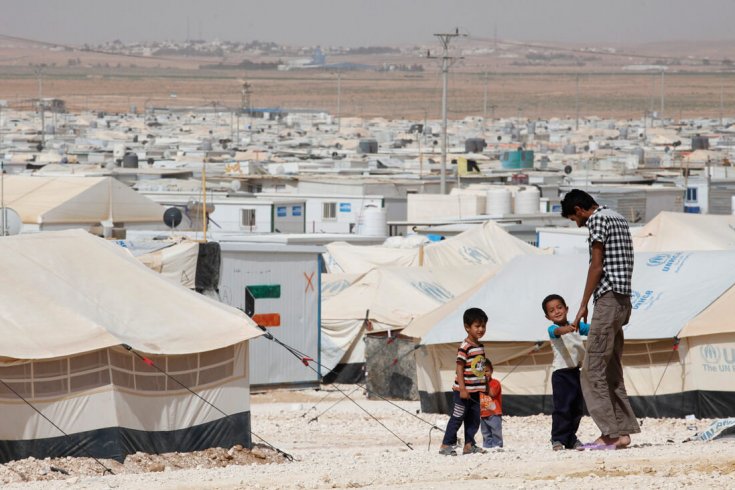 In 1954, the United Nations High Commissioner for Refugees founded the international Nansen Award. Named after Fridtjof Nansen, a Norwegian adventurer and humanitarian, the prize recognized heroic service in support of refugees. It sometimes went to a person—Eleanor Roosevelt, Luciano Pavarotti—and less frequently to an organization, such as the Red Cross or Greece’s Hellenic Rescue Team.

Once, though, the prize went to an entire country. In 1986, at the National Arts Centre in Ottawa, Governor General Jeanne Sauvé accepted the Nansen Award on behalf of “the people of Canada.” Seven years earlier, in response to public outcry over the South Asian refugee crisis, Joe Clark’s government introduced a matching program: for every private refugee sponsorship in Canada, the federal government funded another. By the mid ’80s, thanks to a groundswell of citizen support, Canada had settled more than 98,000 South Asian refugees, many of whom left Vietnam on leaky, overcrowded skiffs.

The 1980s stands as an inspiring chapter in Canada’s immigration story, a testament to what citizen altruism can achieve when met with government goodwill. In the United States, the picture was comparatively bleak. The Reagan Administration balked when faced with an influx of refugees from the Guatemalan and Salvadorian civil wars—conflicts in which the US itself had a hand. Canada, though, was setting its own course, rebuffing the stingy tendencies of its southern neighbour.

“The Safe Third Country Agreement rests on a simple premise,” says one lawyer, “which is that America actually is a safe place for refugees. It’s clear that this is not the case.”

Today, Canada isn’t always exerting the same level of autonomy. When it comes to asylum seekers at the border, the Canadian and US systems are so interdependent that it’s difficult to tell where one ends and the other begins. In 2004, the two nations enacted the Canada-US Safe Third Country Agreement, which mandated that refugees entering Canada from the US (or the US from Canada) would be turned back. (There are exceptions to this rule, but not many.) The agreement was couched in the language of cooperation: Canada would take responsibility for refugees who turned up on its soil, and the US would do the same. Since both nations were presumed to be safe countries, refugees would not get to choose where they applied for asylum.

In theory, this agreement was reciprocal. In practice, it enabled Canada to shift much of its refugee processing to the US. As anybody who’s looked at flight paths knows, there are far more airplanes bound for America than there are for Canada. And so many refugees—even those who are hoping to get to Canada—first arrive in the US, at which point they become instantly ineligible to make an asylum claim north of the border.

In the past decade, Canada has shunted thousands of people back into the US system. It’s likely deterred thousands more from even trying to enter. This practice has always been a problem for refugee advocates, and in an open letter on January 30, 240 law professors demanded that the Trudeau Government suspend the policy. Now that Donald Trump is in the White House, they argue, we need to stop kidding ourselves about what the Safe Third Country Agreement actually means: we’re entrusting human lives to a US system that is at odds not just with Canadian policies, but with international law.

Canada prides itself on being a haven for the downtrodden, though exceptions to this narrative are many and grim: from the Chinese head tax in the nineteenth century, to the near-embargo on Jewish refugees during World War II, to the Harper Government’s almost willful apathy toward Syrian migrants.

There are other instances, however, in which the Canadian refugee system comes out looking good. “Generosity is a relative concept,” says Donald Galloway, a law professor at the University of Victoria and a signatory to the open letter. “But Canada has often been relatively generous.” Canada’s current laws, says Galloway, go above and beyond the baseline obligations laid out in the UN Refugee Convention. And in the landmark 1985 case of Singh v Canada, the Supreme Court ruled that all people who show up at Canadian ports have basic protections under the Charter of Rights and Freedoms.

Canada’s relative magnanimity is perhaps best understood in relation to the US. In Canada, refugee agents are primarily concerned with whether a claimant has a reasonable expectation of future persecution; this standard is a benchmark of international law. In the US, however, claimants have an easier time getting status if they show that they’ve already been persecuted. That’s a high bar to clear, and it excludes many vulnerable people. It’s also harder in the US to make an asylum claim based on domestic violence, or violence related to gender or sexual orientation.

Both Canada and the US sometimes detain refugee claimants. And while conditions in Canadian detention centres are far from rosy—reports abound of sunless rooms, minors being held alongside families, or people being denied mental-health services—the system is at least less egregious than that of the United States. Detainees in US centres have been shackled, held in solitary confinement, or physically and sexually abused. And the numbers of US detainees are shockingly high. A recent Harvard Law School report states that, “in fiscal year 2014, 44,228 asylum seekers were held in immigration detention, representing 77 percent of all asylum seekers in court proceedings.”

The US also has a policy of expedited removal, whereby migrants apprehended near the border are granted not a full hearing but a cursory meeting with a front-line agent, who is empowered to instantly turn them back. The process is discretionary and impossible to appeal. It puts people at the mercy of officers who may not be qualified—or even inclined—to maintain UN principles on refugee safety. “The determinations of a refugee hearing are a matter of life or death,” says Efrat Arbel, a University of British Columbia law professor who signed the open letter. It’s hard to imagine a more consequential decision, but in the US, it’s often taken on the fly.

Canada, rightfully, holds itself to higher standards. Such standards are surely meaningful to many people who claim asylum here, but they’re effectively meaningless for those who do so at the US-Canada border. “The Safe Third Country Agreement rests on a simple premise,” says Jared Will, an immigration and refugee lawyer in Toronto, “which is that America actually is a safe place for refugees. It’s clear that this is not the case.”

Criticisms of the Safe Third Country Agreement are as old as the agreement itself, and they predate the advent of President Trump. It’s hard to say exactly how refugee law might change in the coming years, but surely no advocate expects things to get better. A trio of White House executive orders suggests that they could get dramatically worse.

A Trump executive order is at once sweeping in its scope and vague in its policy prescriptions. It’s unclear, for instance, whether Trump’s recent immigration ban mandated that children be detained at airports, but the detentions happened anyway. Some Trump orders may not survive constitutional challenges, but these cases take time to wind their way through the courts. In the intervening months—or years—there’s potential for unprecedented abuses.

Both Arbel and Galloway worry about three orders issued in late January, including the so-called travel ban. The texts are short but difficult to get through, with their ambiguous constructions and gaudy Trumpian bromides. Read closely, says Arbel, and you’ll see an administration setting the groundwork for draconian practices. The orders, she says, call for expanded detention of refugees (perhaps on an indefinite basis, until the time of a hearing), for a sharp increase in expedited removals, and for prosecutors to convict refugees of crimes without the usual burden of proof.

Arbel worries not just about the technical language of the orders but also the climate they create. “There’s a trickledown effect,” she says, “which is difficult to pinpoint but can have a profound impact on the daily lives of refugees.” The texts reflect the tone of the election, in which Trump characterized migrants as predators and criminals. In one order, the president emphasizes that “among those who illegally enter [the country] are those who seek to harm Americans through acts of terror or criminal conduct.”

“The orders are grounded in a politics of fear,” says Arbel, “and they authorize agents to act in ways that international law prohibits. These activities will take place under the radar, without anybody knowing about them and without any means for refugees to challenge their mistreatment. That’s the part that scares me most.”

Surely the Trudeau government is asking the same questions that are on every world leaders’ mind: what is the United States under President Trump? A staunch NATO ally? A reliable trade partner? A sturdy bulwark against Russian aggression? How many of our previous assumptions about the US hold up in 2017?

Opponents of the Safe Third Country Agreement argue that at no point in the history of the policy was the US a safe country for refugees. But today we have more reason than ever to question that designation. So far, the Canadian government has shown little interest in reconsidering the agreement—or even in entertaining arguments as to why it should. If that position changes, there are several paths the government could take. Article ten of the Safe Third Country Agreement grants Canada the right to suspend the policy for three months—and potentially for another three months after that. That’s enough time to conduct a review, at which point the government might walk away from the agreement altogether.

Galloway suspects that the Liberal’s hesitancy is rooted in diplomatic concerns. Many commentators note that, since the election, the prime minister has been careful not to offend his erratic, thin-skinned counterpart in Washington. “It may be regarded as an anti-American move to suspend the agreement, even temporarily,” says Galloway. “I’m sure the government doesn’t want to be seen—or even thought—to be doing such a thing in the current situation.” But to honour the agreement, he argues, is to be complicit in anti-humanitarian policies. The agreement not only jeopardizes refugee safety (hundreds of refugees, many from Somalia, covertly fled to Manitoba from the US in 2016, and some lost appendages on the journey due to the cold); it also undermines the integrity of the Canadian system. What’s the point of our relatively enlightened refugee laws if we refuse to extend them to thousands of people?

In the decades to come, historians will likely remember the Trump Administration as a surreal kind of test—of America’s democratic institutions, of press freedom, and of other governments’ willingness to uphold international norms. Walking away from the Safe Third Country Agreement would be an assertion of moral independence. “Canadians in the past have been world leaders in our approach to refugee protection,” says Arbel. “In early 1993, we were the first country to recognize gender-based asylum claims. Through the recent resettlement of Syrian refugees, we modelled to the world what generosity looks like. We have a chance to do that again.”

Simon Lewsen writes for Azure, the Globe and Mail, and The Walrus. He teaches writing at the University of Toronto.

The Decade in Politics

How Ranked Ballots Could Strengthen Our Democracy

Simon Lewsen writes for Azure, the Globe and Mail, and The Walrus. He teaches writing at the University of Toronto.
X