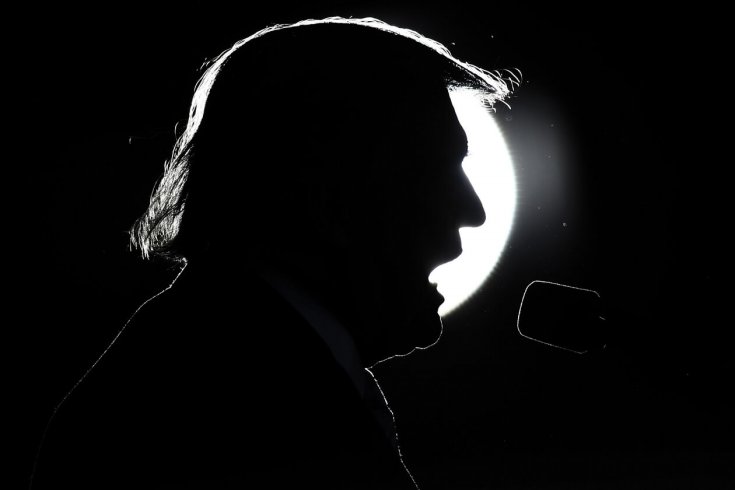 It is early November and in the streets of Toronto, men and women are pinning bright red poppies onto their dark winter coats. They do this in remembrance; they remember the men and women who gave their lives in the two great orgies of violence that defined the twentieth century in order to build a saner and a better world. That world, which the survivors managed to build, came to a sudden end last night. With the election of Donald Trump, the last of the major Western democracies holding out against the tidal onslaught of xenophobia has fallen. Well, not quite the last. There is Canada.

In Europe the power of the far right has been growing steadily and ferociously for decades. The far right may not even be the correct term for the force that is coming to dominate what was formerly called the West. It combines the promise of social cohesion through the welfare state with a racially defined ethnic identity. This power is on the march everywhere and naturally tends towards autocracy. It’s not just Western. It is producing Vladimir Putins across the globe, in Turkey and in the Philippines.

Canada is most open to the world at the exact moment the world has closed.

Even those countries in which the new forms of socialistic nationalism have not yet triumphed have been profoundly altered by its rise. A recent article in the Guardian reported that 32 percent of men and women in gay marriages in France support the Front National. With Brexit and the triumph of Trump, the momentum has shifted to the point where the ethnic nationalists are no longer insurgents; they are the power. NATO will probably be significantly diminished as will the European Union and NAFTA. The very notion of a rules-based international order, rather than might is right, may well be a thing of the past.

Recently I published an essay with OpenCanada.org on the subject of “Canadian Exceptionalism.” In it I argued that, with the rise of Trudeau and the failure of race-baiting politics of the Conservative Party in the 2015 election, Canada had found a new and distinct political identity, one with a unique position in the international order. We are the last cheerful nation. Events have accelerated to the point where the Canadian exceptionalism defined in that essay is probably not extreme enough. How much longer can we consider ourselves an outlier within the international order, when the international order itself is dissolving?

As horrific as this turn of events in the world at large is—and we are not that far from being able to imagine ethnic cleansing as a political program in advanced economies—Canada’s loneliness puts us in a position unique in our history. For the first time, we find ourselves not as a reflection of another power. Our politics is not a derivation of Westminster or Washington anymore. Our politics is specific to us, not a derivation from a distant metropolis.

That is exactly why we must take a very careful and close examination of ourselves and our vision for our country, and immediately. Sunny ways are not enough. Progressives who insist that “Canada has its problems too” and “we shouldn’t judge others because we’re just as bad,” are in a sense perfectly correct. Our multicultural ideal often fails. Our process of truth and reconciliation with indigenous peoples is torturously slow and probably will remain so for the foreseeable future. But we can no longer look to progressive movements in England or Europe or the United States for guidance. Our problems are just not the same as the problems found elsewhere.

Needless to say the threat of a Donald Trump or Brexit arising in Canada is very real. Canadians, despite their smugness, are not better people than the people of the United States or the United Kingdom. Kellie Leitch, leadership candidate for the Conservative Party, immediately sent a note to her colleagues after Trump’s victory:

“Tonight, our American cousins threw out the elites and elected Donald Trump as their next president.

It’s an exciting message and one that we need delivered in Canada as well.

It’s the message I’m bringing with my campaign to be the next Prime Minister of Canada.

It’s why I’m the only candidate for the leadership of the Conservative Party of Canada who is standing up for Canadian values.”

This alone demonstrates that forces within the Conservative Party wish to nurture xenophobia and the language of national values for political gain. It is unclear how they would do so, given the nature of the Charter of Rights and Freedoms. It is also unclear if the strategy would work, since the Islamophobia play failed during the last campaign and during Quebec’s last provincial election, as well. Nonetheless the future of Canada right now is being fought in the Conservative leadership race. Will half of our politics be defined by the same trends that are reshaping the rest of the world, or will the Conservatives go back to their traditional politics of reining in Liberal spending and arrogance?

Canada’s relative position of strength—if that’s how you can describe not being overwhelmed by loathing for others—should not render us complacent. Quite the opposite. Right now, while we are not in the darkness, we must make multiculturalism work. We must make it work better and we must make it work for everyone. We must make it work while bringing ourselves, or at least attempting to bring ourselves, into a state of reconciliation with the first peoples of this country. It is our duty to the world. We need to show, through example, that hatred is not the only possibility in a world filled with others. That will mark us more brightly than any poppy.