The Trumpocalypse that Destroyed Conservatism | The Walrus
Skip to content 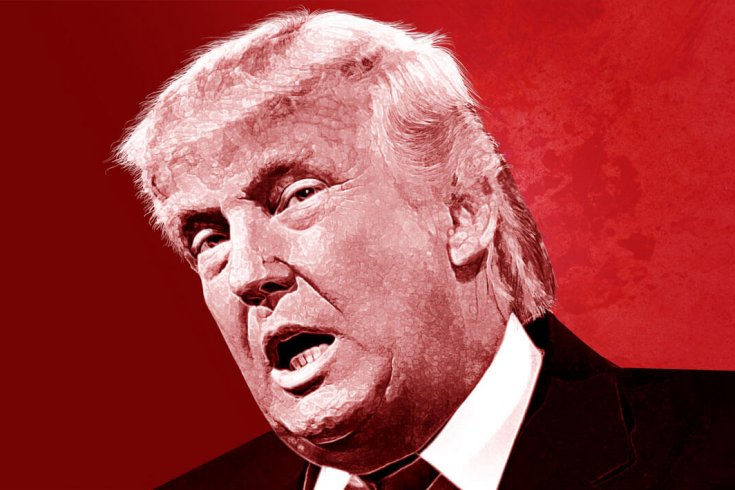 Last month, National Public Radio reporter M. L. Schultze spoke to an elderly couple living in the outskirts of Cleveland—Marty and Karen Surella—about why they were tilting toward Donald Trump. It was just one pre-election media interview, from among thousands. But the Surellas’ words have stuck in my mind. And they help explain the truly horrifying fact that Trump is now president-elect of the United States.

Marty, seventy, was a plumber and union member. He was also a lifelong Democrat, like his parents. “(Marty) likes guns but quit his membership in the NRA after the Sandy Hook Elementary School shootings,” NPR informed us. “He’s a lifelong Catholic, but has no issue with gay marriage. He voted for Barack Obama twice and thinks Congress should’ve acted on his Supreme Court nominee.” In Marty’s words, “I’ve had a good life. I have a good wife and good family. And I’ve been very, very fortunate.”

But he also believed on some gut level that the United States was heading in the wrong direction. And he concluded Trump was an “outsider” who “seems to bring things to the table that I’m interested in.”

What made many voters go nuts for Trump was that he said things that mainstream politicians weren’t supposed to say, but that many people believe.

What Marty was “interested in” is reclaiming the America he remembers from the 1960s, well before NAFTA and the rise of modern China, when armies of well-paid union tradesmen staffed the massive factories of the American industrial heartland. He also worried about crime: The Surellas told NPR they had endured a five-hour traffic jam because of a shooting at a rest stop. But the “main thing,” said Karen, was immigration: “You know, we think something needs to be done about that. And (Trump) seems to be bringing that forward—not necessarily everything that I like about it. But at least it’s out there.”

“At least it’s out there:” No five words better sum up Donald Trump’s bizarrely successful run for US president. And no five words do more to explain why apparently decent, hardworking, open-minded people like the Surellas were co-opted into legitimizing a rank demagogue who disgraced America, and contaminated conservative politics internationally, en route to winning one of the biggest upset election victories of our era.

American liberals (and most Canadians) were astounded that someone could take seriously a candidate who wanted to deport 11 million Mexicans, prevent Muslims from entering America, tear up the North American Free Trade Agreement, put America back on the gold standard, throw Hillary Clinton in jail, and censor the “rigged” American media—all plans that are either impossible, unconstitutional, or economically catastrophic. But for many of Trump’s supporters—the Surellas are perfect examples—it was never about the actual plans or the promises: his poll numbers never moved much, even after he downshifted from his most ludicrous ideas. What made many voters go nuts for Trump was the simple fact he said things that mainstream politicians—Democrats and Republicans, alike—weren’t supposed to say, but that many people believe. With financial markets tanking as I write this, perhaps the nicest thing that can be said about Americans right now is that many voters simply did not have the intelligence and imagination to process the apocalyptic fallout that would come from Trump actually doing what he said he’d do.

Trump’s taboo-breaking applause lines included some propositions that are at least arguable, such as: The elite media are biased—“rigged,” even—against conservatives; free trade hurts poor workers; police officers are under threat because of militancy among black activists; Muslim refugees pose a security threat to Western nations. But they also included ideas that are simply cruel or weird: such as that black communities are all apocalyptic hellholes, that fat or sexually undesirable women should be mocked, that vaccinations cause autism, or that Barack Obama was born outside the United States.

From any reasonable point of view, consistently vile and bigoted statements about any group in society should disqualify a person from political office—because they signify a malignant mind. But with Trump’s supporters, the effect was the opposite. His penchant for denigrating women meant he must have the mettle (if that is the right word) to take on Mexicans, or the Chinese, or the Iranians, or terrorists, or whoever happens to be one’s chosen boogeyman. This is what voters seemed to mean when they told pollsters that Trump was the candidate who “told it like it is.” In an angry room, the courage to tell bald lies is easy to mistake for the courage to tell hard truths. I can simply think of no other way to explain the fact that a man who bragged about sexually abusing women got the vote of more than half of white female voters.

The Americans who came to hate Trump the most during this awful campaign weren’t liberals—who often treated him as a subject of comic mockery (until about 10 p.m. last night, when their ironic memes burned to dust on their lips). Rather, it was intellectual conservatives, including the likes of David Frum, David Brooks, Lindsey Graham, George F. Will, Max Boot, Jonah Goldberg, and (here in Canada) Andrew Coyne. It wasn’t just because Trump exposed himself as a disgusting human being whose personal life was an affront to all things conservative, but because he undermined one of the right’s signature intellectual projects over the last thirty years: the fight to free speech.

Since the first wave of speech codes began appearing in the 1980s, conservatives (and principled liberals) argued that vigorous debate on controversial issues is impossible without the freedom to communicate provocative ideas. Trump and his supporters consider themselves heirs to this righteous fight: He attacked the idea of political correctness relentlessly (“I’m so tired of this politically correct crap”) and consistently lambasted Western elites as self-censoring cowards who lacked the courage to call out Islamist terrorism by name. And admittedly there was some truth in that charge—as demonstrated by the situation here in Canada, where anyone who expresses concern about terrorism, niqabs (or the ever-more-esoteric lexicon of gender-neutral pronouns) gets instantly called out as a hater. But the fight against political censorship was never meant to defend the very real, unvarnished, pure hate that Trump preached on the campaign trail. When liberals argue that even the most mild conservative pushback against progressive policies on race and gender constitutes a sublimated form of bigotry, they now can point to President Trump for their evidence.

All political movements require a certain kind of discipline. For modern conservatism, exercising that discipline has required upholding the value of capitalism and free trade, even if that means the Marty Surellas of the world will come down a peg. It has meant upholding the value of due process, even if you would like to see a political opponent locked behind bars. It has meant upholding the worth of every individual, even if there is some mob-like animal satisfaction to be had in blaming one’s problems on people of a different skin colour. It has meant—or should have meant—upholding civil liberties even in the shadow of terrorism.

Perhaps most importantly, it has meant upholding the idea of civility and respect in politics and public debate, even if it is easier to bring a crowd to full froth with vile ad hominem attacks. By renouncing all of these core principles—and worst of all, getting away with it—the man who promised to “make America great again” has done worse than simply discredit the idea of conservatism: He has caused many to doubt whether some coherent movement called conservatism still exists at all. Indeed, the fact that such an unhinged human specimen as this will soon be the most powerful person on earth should be horrifying to everyone, no matter what their position on the ideological spectrum.