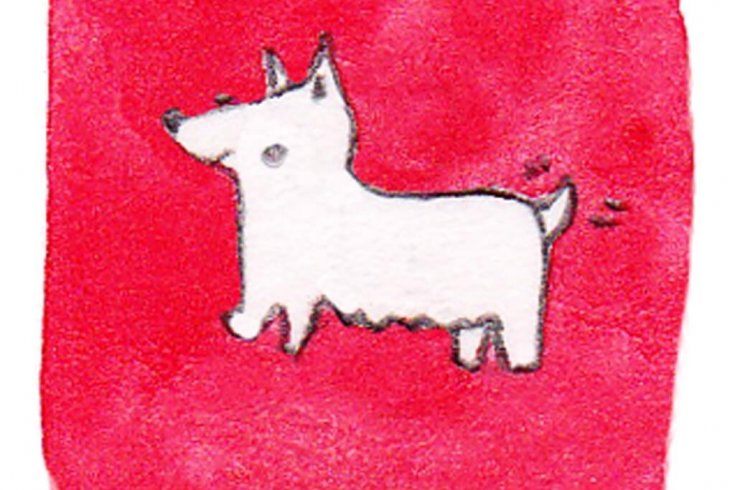 Ialways knew I was a Riel. My grandfather Camille Teillet, a Frenchman fleeing post-revolutionary bitterness, married Louis’s niece Sara in the Red River region of Manitoba, in 1910. Camille missed the opportunity to meet his father-in-law—hanged twenty-five years earlier—but he learned the Metis story from Louis’s brother and ultimately became the Riel family spokesperson. And so it was that growing up in the 1960s I attended many large family gatherings, fuelled by volumes of alcohol, tobacco, and lively discourse that would astonish many today. We were not a family that chit-chatted about the weather, business, or art; we wrangled over Riel’s legacy, the Catholic Church, and Canadian politics. From my seat, usually on the stairs, I absorbed two simple facts: the Metis were patriots, and their leader was a “great man.”

I’m told I bragged about being a Riel in grade school. I don’t remember doing that, but I don’t doubt it’s true. After all, that was where I was first confronted with a different version of Metis history. According to my teachers, the Red River Resistance hadn’t been about the protection of lands, families, language, and culture—it was about bringing down the Canadian government; Riel’s small army of hunters, traders, and farmers was responsible not for the founding of Manitoba, but for the murder of an Orangeman from Ontario; and Riel himself wasn’t a prophet but a madman.

I take no credit for the rehabilitation of my great-grand-uncle’s reputation beginning in the late 1960s; the Louis Riel opera commissioned for Canada’s centennial reached a much wider audience. Nevertheless, I do like to think my childish attempts to set the record straight showed an aptitude for public debate—Riel through and through. Over the generations, my family has produced more than one politician and lawyer. My second year in law at the University of Toronto coincided with the Charlottetown constitutional discussions, and it was there, dressed in a T-shirt billing me as “The Riel Thing,” that I met Tony Belcourt, a national Metis leader who introduced me to the issues of the day.

My legal education was literally trial by fire. By the time I graduated, I had already acted as co-counsel in a Metis rights trial in Saskatchewan. My first appearance as a lawyer was at the Ontario Court of Appeal; my second was before the Supreme Court of Canada. A case I’d taken on while articling made its way to the Supreme Court not long after. I was representing Steve Powley, a Metis hunter from Sault Ste. Marie, Ontario. Like most Metis, he’d spent his life hunting covertly, because the law didn’t recognize our subsistence harvesting rights. (It is an inside joke that Metis grow up thinking moose are nocturnal.) One October morning in 1993, tired of hiding, Powley hauled a moose home in the back of his pickup and proceeded to butcher it at a picnic table in his backyard. A neighbour called Crime Stoppers, and Powley was charged.

To establish his right to hunt, I had to produce evidence that the practice was “aboriginal,” meaning it predated control of the Sault Ste. Marie area by non-aboriginals. Sifting through historical documents, I encountered a family story I’d never heard before. In 1849, a young Metis named Pierre Guillaume Sayer was tried in Red River for trading furs with a North Dakota merchant, in violation of the Hudson’s Bay Company monopoly. Some 300 Metis, led by Louis Riel Sr., assembled outside the court in silent protest. The jury ultimately found Sayer guilty but apparently thought better of imposing any punishment. When he emerged from the courthouse, Riel and his men cried, “Le commerce est libre! ” and it proved so from then on. Almost 150 years later, the lesser known fact that Sayer had deep and abiding connections in the Upper Great Lakes would help prove there were Metis not just in Red River, but in Ontario, where they also had a right to hunt.

It is now many years and many trials later, and the Riels continue to appear regularly in my evidence—in photos, archival documents, and the testimony of experts and community witnesses. While I have become used to encountering family history in this way, I grow more uncomfortable with litigating it. Take R. v. Powley again: it stimulated a great deal of productive research on the Metis. Unfortunately, the historical facts as set out by the judge in that case will never change. This is surely a peculiar twist in the age-old discussion about who writes history. I am not suggesting the judge’s conclusions were wrong. I am suggesting that there will always be more to the story.

It is the custom in court for witnesses to swear to tell the truth, the whole truth, and nothing but the truth. Some aboriginal elders I’ve called to testify are troubled by this request. They promise to recount what they saw and what they know, but they don’t presume that it is the truth, let alone the whole truth. I think there is a profound wisdom in this humility. I have heard three different versions of the Louis Riel story—family, national, and litigated—and I’ve come to believe that history is, like the Metis, a synthesis, always being and becoming.

In many cultures, otherworldly rapists have been used to excuse sexual infractions like out-of-wedlock pregnancies and nocturnal emissions. Incubuses and succubi, male and female demons who originated in Mesopotamian folklore, take victims as they sleep. In Chile, El Trauco, a hideous dwarf, is said to wield a strange but irresistible sexual power (his wife, the equally ugly Fiura, boasts a similar prowess). Guarani mythology includes at least two perverted monsters: the hirsute Pombero, said to impregnate women with just a touch—babies born particularly ugly or hairy are often blamed on him; and Kurupi, who wears his inordinately long penis around his waist like a belt. Unfurled, it can reach through doors and bedroom windows to inseminate sleeping maidens.