Bohemian Days on Richmond Street | The Walrus
Skip to content 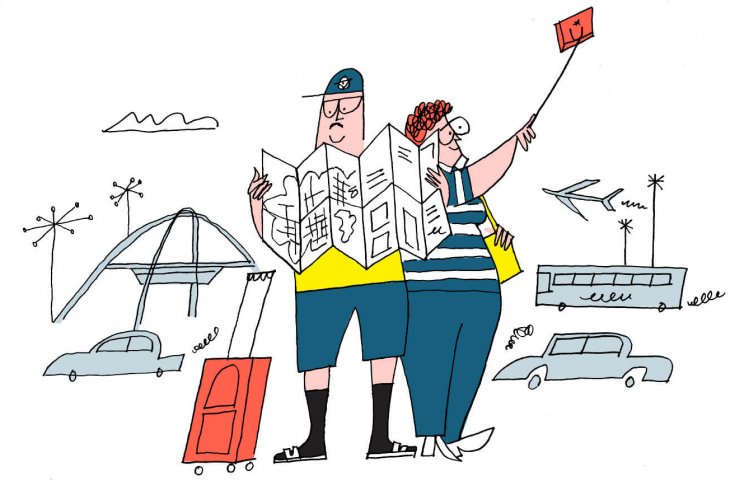 Well-meaning colleagues, friends, and readers often send me articles and links to TED Talks videos that purport to reveal the true “future of journalism.” One day it’s crowdsourcing. The next it’s data visualization. Or activist newsgathering. Or computer-generated copy. Fifteen years ago, it was all about blogging. Then came Twitter, Reddit, Flipboard, BuzzFeed, and now Periscope. Each new paradigm brings with it a fresh crop of breathless futurists, all eagerly assuring us that journalism as we know it will never be the same.

I do my best to keep up: knowing the next big thing is part of my job. But sometimes it’s helpful to take lessons from the past, which is why I’m going to talk about the future of digital media by first going back to a journeyman newspaper writer from Victorian England.

The man’s name? That’s hard to pin down. His memoir, Bohemian Days in Fleet Street, was published in 1913 under the sobriquet “A Journalist,” though some archives attribute the work to a William Mackay. Here, I will refer to him simply as A. J.

“During the seventies and eighties I knew my Fleet Street well,” A. J. tells us. “I worked among its presses; was on intimate terms with many of its most famous habitués; revelled in its atmosphere; and, in a word, lived its strenuous but happy life.” His career path, interestingly enough, foreshadows my own: he was a bored lawyer and literary dilettante who fell accidentally into journalism by way of arts criticism.

Over two decades, A. J. worked as a reporter, essayist, book reviewer, and critic. He rubbed elbows with Oscar Wilde, Mark Twain, and the legendary George Augustus Sala. While Bohemian Days in Fleet Street is written with a light, jaunty tone, A. J.’s thumbnail sketches of famous men are unsentimental. Of the dramatist Thomas William Robertson, for instance, he writes:

My first impression was of the bitterness with which he discussed men and things. It was so entirely different from that which I had expected in the mood of one who stood so illuminated in the sunlight of popular approval. Fame and competence had come too late for him. The long, hungry struggle for recognition had soured a nature once, perhaps, sunny enough.

A. J. tells us almost nothing about his personal life. (Women are so scarcely mentioned that one might think Fleet Street professionals reproduced asexually.) He is far more consumed with the blizzard of London periodicals that rose, crested, and fell in the manic print-culture climate of the late nineteenth century. He is also fascinated by their owners, whose extraordinary antics make Conrad Black seem mild-mannered by comparison:

One evening I happened to occupy a stall next to that of a then well-known gentleman of the Jewish persuasion who commenced in Fleet Street as an advertising canvasser, and subsequently blossomed into a newspaper proprietor. I imagine he has done well, for the last time I saw him he was lolling back in a victoria, and driving down Portland Place with the air of a man who owned all the houses on both sides. On the occasion to which I allude, he had not as yet arrived at the victoria stage. Indeed, he had been released from gaol that very morning. He had been remanded in custody on a charge of a commercial kind; but being now out on bail, and having none of that supersensitiveness which would characterize a Gentile similarly situated, he celebrated his release by taking his wife to the theatre.

A. J. saw what he believed to be the first drawing in a British daily newspaper—“a portrait sketch of Lefroy the murderer, a publication which led, it may be remembered, to the arrest of that miscreant.” And he observed the creation of England’s first journalism school (“But I have never heard that the seminary in question turned out any pressman of eminence or even of uncommon aptitude”). Today’s journalists—an asocial tribe of email jockeys who labour alone in cubicles, commune with one another only through Twitter, and eat sad lunches out of Tupperware—will be shocked to learn the extravagant daily social rituals of A. J.’s Fleet Street set, which played out in squalid pubs amid the grotesqueries of British cuisine.

In all these aspects, A. J. sketches a bygone world. And yet a remarkable number of his insights are as valid now as they were during the belle époque.

“Even the most important writers,” he notes, should have “other irons in the fire”—so that the bankruptcy of one employer does not precipitate “a drought in all the springs of income.” Good advice then, good advice now. An opinion writer at the Daily Telegraph teaches A. J. the excellent (if slightly cynical) rule that all editorials “are divided into three paragraphs, and no paragraph must begin with the word ‘The.’ ” On the subject of arts criticism, A. J. holds up the fine example of one Arthur Bingham Walkley: “He states his opinions with playfulness and not with brutality. . . . He never insults the professors of the art. On the other hand, he declines to take those gentlemen as seriously as they take themselves. Under all that he writes may be discovered the social philosopher.” If ever there’s been a more concise guide to the critic’s art, I have yet to read it.

But A. J. saves his best for the last four pages of Bohemian Days in Fleet Street. There he breaks from his nostalgic tone and, quite suddenly, transforms himself into a journalistic Nostradamus—predicting the emergence of a paperless news-dissemination technology based on “an adaptation of wireless methods with the telephone.” His description of this steampunk Internet is so accurate in broad strokes that one might suspect the book of being a modern fraud invented to give the appearance of a century-old prophecy.

The year will be 1960, A. J. tells us—then a half-century away. He dubs the prototypical suburban news consumer Jones:

He seats himself at the breakfast-table, and places the “receiver and communicator” in position at his side. . . . It sucks in from the ambient air the news sent circulating from the central [news] depot, and by a most ingenious contrivance it will record only such news as is demanded of it. This selection is regulated by a curious arrangement of “stops.” There is the “City” stop, the “Parliamentary” stop, the “Courts” stop, the “Racing” stop. . . . In answer to his inquiry as to the prices of certain stocks, [Jones] obtains an immediate answer.

Thus the news is gently murmured to Jones as he eats his ham and eggs. . . . Jones digests his mental pabulum as he masticates his food.

Visitors to thewalrus.ca have long used A. J.’s “receiver and communicator” method to read our magazine content and exclusive web features, listen to our podcasts, and watch our Walrus Talks videos. But the web has changed since this magazine was founded twelve years ago, and so has the way people access content. In recent weeks, we have remade our website from top to bottom, rendering our “ingenious contrivance” all the more ingenious.

With our digital redesign, led by Matthew McKinnon and Justin Girard, we made no effort to replicate the experience of reading a print magazine. Instead, we embraced the Internet on its own terms, with a site that visitors will find elegant and readable—regardless of whether they visit us on phone, tablet, or computer. Finding the “stop” you’re looking for is now a lot easier—and all of our content is unlocked and free. We pruned away ornamental distractions so all that remains are words and pictures (and the ads that help us keep the lights on).

We’ll also be posting fresh content daily, and I urge every Jones out there to include our mental pabulum in his daily mastications.

It is my delight and privilege to preside over The Walrus at this important phase of its evolution. “The new order will involve little or no abrogation of the functions of the journalist,” A. J. writes. “The editor, of course, is doomed, for the public will pay for news, and not for notions.” It turns out the man gets a few things wrong. Thankfully—for me—this is one of them.