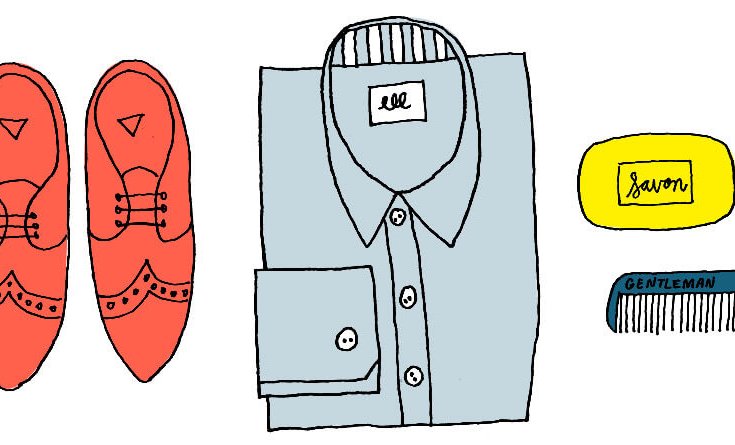 One October night in 1978, in a dank bar in Port Hope, Ontario, an unknown gunman fired three shots point-blank into Bill Matiyek’s skull. Matiyek, a twenty-three-year-old biker and town bully, was at the bar to meet with a powerful American gang, the Outlaws. Also present that night were members of a rival group, the notorious Satan’s Choice Motorcycle Club, six of whom would eventually be convicted on an array of charges related to the shooting. But no one could figure out who actually pulled the trigger.

Fifteen years later, forty guys in dishwater-green prison clothes stood in line at Collins Bay, a Kingston penitentiary, jostling and joking. “Look at your hair!” one inmate called out to a crewcut waiting his turn. “I bet you’re a Conservative.” Listening, Rick Sauvé ran his hand down his long ponytail. “They probably think I’m going to vote NDP,” he thought. He stepped into a beige classroom with bars on its windows. Concealed by the cardboard polling booth, he marked an X beside the Liberal candidate’s name before returning to his cell.

That was October 1993—the first time Canadian inmates were allowed to vote in a federal election. Sauvé had been in prison for fifteen years. But before he started running with biker gangs, before he was convicted on first-degree murder charges for shooting Matiyek (a crime he still denies having committed), before he cleaned up his act, before he became a union man, a husband, and the father of a daughter named Angie, he was the son of a local councillor in Cobourg, Ontario. He grew up fist pumping at rallies and reading Liberal Party paraphernalia at home. So in 1982, when he picked up a days-old copy of the Globe and Mail in his cell and read about the newly enshrined Charter of Rights and Freedoms, he felt a surge of his old self return. The Charter said he was a citizen, entitled to vote. Here was a cause worth fighting for.

Sauvé marched into the prisoner information office and phoned up Chip O’Connor, a lawyer known for his work with prisoners. O’Connor agreed to represent him and warned that the case could take a while. But Sauvé had all the time in the world, or what seemed like it, anyway—twenty-five years. Still, he never imagined this battle would take twenty of them. It began with him writing out documents by hand, typing them up in the prison library, and then sending them to O’Connor by registered mail; it turned into two Supreme Court cases, one in 1993 and the other in 2002. (The government undermined the first ruling with legislation that granted the franchise only to prisoners serving sentences less than two years.) Sauvé won both cases handily, establishing the right of all Canadian prisoners to vote in federal and provincial elections (Alberta was the last province to implement the change, in 2010). He relished the challenge. “Every time I was working on this,” he says, “I was out of prison, psychologically.”

Here’s how voting in prisons works: Once an election is called, every penitentiary in the country appoints a staff member to oversee the logistics. Ten days before voting occurs on the outside, the staffer sets up a polling station. Inmates don’t cast ballots for the ridings in which they’re housed. Instead, there are provisions that ensure no prison population is able to sway the vote of a particular riding. Incarcerated Canadians register under either their last home address, or where their spouses or families live. Failing those options, they vote in the riding where they were arrested or convicted.

Many prisoners have access to television and other media and will be exposed to attack ads and newscasts. But Manitoba is the only province where prisoners can see campaign materials—all thanks to the efforts of the local John Howard Society, an organization that helps offenders reintegrate after their sentences are up. At the society’s Winnipeg office, the two weeks before an election is a heady time. The branch’s executive director, John Hutton, and his staff put together a comprehensive voting guide and get it inside the province’s correctional facilities. His voice gravelly, Hutton explains that around September 30, his office will get a list from Elections Canada of all the candidates running in Manitoba. The photocopiers will start whirring. Six people will put the guides together, assembling maps, candidate lists, and campaign brochures into spiral-bound booklets.

Hutton and his staff gather party literature, either online or from campaign offices. Without representation from each major party, the books aren’t considered non-partisan and won’t clear the vetting process. Once they’re stuffed into manila envelopes and dropped at the prisons’ doors, they’re out of Hutton’s hands. Hopefully, Corrections Canada staff leave them on the coffee tables of the institutions’ common areas for inmates to peruse.

But things could soon get more difficult for civic-minded prisoners. Last February, the Conservative government introduced the Fair Elections Act. One of its stated intentions was to crack down on voter fraud, but the bill was criticized as a partisan effort to make voting more difficult. It prohibits the use of voter information cards, mailed out by Elections Canada, as an acceptable form of identification.

The bill also nixes vouching—the procedure that allows citizens without identification to vote if someone attests to their current address—which is troubling for prisoners, since many don’t have government-issued IDs with their home addresses. The bill passed anyway, in May 2014. Because no one knows even approximately how many prisoners vote in each election (their ballots are lumped in with military and expat counts), Hutton isn’t sure exactly how his charges will be affected. “My clients live precarious lives,” he says. “I’m sitting on a wallet full of ID. A lot of them aren’t. A cynical person might suggest that it was done deliberately.”

This October, though federal inmate garb is now blue jeans and a matching T-shirt, election day behind bars will look much the same as it did in 1993, when Sauvé cast that ballot. Back then, he noticed a change in Collins Bay. Newspaper clippings appeared on the walls as makeshift campaign posters. Dining hall conversations no longer focused on settling scores or who was messing with whom. Instead, inmates were talking politics—talking about being citizens. “It was a real buzz,” he says.

Sauvé was released on parole in 1995, but there’s still progress to be made. He thinks the rules of residence should be changed so that inmates can vote in their prisons’ ridings. After all, for many of them, it’s home. “It almost makes me wish I was back in prison,” he says. Then he pauses. “I never want to be back in prison again,” he goes on. “But I believe you could take it to court and challenge it.”

Katherine Laidlaw (@klaidlaw) regularly writes for Toronto Life and Hazlitt. She is a former senior editor of The Walrus.