It took fifteen minutes for Canadian Blood Services to extract each of the roughly one million donations it received last year. My own, though, is taking a while longer. In fact, it’s taking decades.

As a gay man, I am deemed part of a high-risk group, my blood—like that of intravenous drug users and sex workers—considered too dangerous to use. Since 1988, men who tick a box admitting they’ve had sex with a man “even one time” since 1977 have been turned away from blood banks. (Never mind that the blood supply has always been a little gay; one study found that 1 to 2 percent of male donors simply didn’t fess up). Now CBS, with Héma-Québec, is trying to amend the policy that activists for gay health have been calling discriminatory for years. This fall, the not-for-profit is petitioning Health Canada to reduce the ban on gay blood to a five-year deferral, meaning that men who have not had same-sex relations for five years may donate. I hope my fellow homosexuals will forgive me for noting that those men constitute a rare subspecies; the five-year deferral remains, in effect, an all-out ban.

“This is a first step, a first significant shift in practice,” offers Dana Devine, vice-president of medical, science, and research affairs at CBS. The bespectacled fifty-six-year-old walks me briskly through netCAD, a boutique research facility she founded in 2003, near the University of British Columbia, to foster better blood work. She tours the rows of automated extractor machines and refrigerators full of plasma sacks with obvious pride, even while she regrets the state of Canada’s donation policy.

Why pregnant women may be prone to prejudice 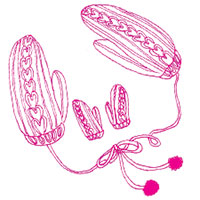 Human beings may have developed a “behavioural immune system,” according to a study published last year in the journal Association for Psychological Science. The report builds on research by Harvard and UCLA scientists who identified elevated levels of xenophobia and ethnocentrism in pregnant women in their first trimester, when they are most vulnerable to pathogens. One hypothesis for this response is that “in-groups” (those who share similar cultural practices) may have developed an immune defence against geographically or ethnically common diseases. The APS study goes further, suggesting that pregnant women, or anyone else with a strategic bias, may be “erroneously inferring the presence of pathogens where there are none.” This reaction could lay the groundwork for prejudices against the disabled, the obese, and the elderly, as well as different ethnicities—presenting challenges, one presumes, for modern multicultural societies.

Australia and parts of the UK have already instituted one-year deferrals of gay blood donations without endangering their supplies. In June, France’s health minister, Marisol Touraine, stated unequivocally that risk is determined by the number of partners, not the type of partners, a person has, and announced her intention to review the country’s policy. Devine concedes that good science underlies these changes, and then she pauses our tour, sighing a little. “There’s the thing a blood recipient will trust, and there’s the thing the science bears out. And there’s a gap between them.”

This cleaving is rooted in trauma. When the AIDS crisis broke in the mid-’80s, Canada did one of the worst jobs among developed countries of protecting its blood supply. Some 2,000 recipients, many hemophiliacs among them, were infected with HIV (and tens of thousands with hepatitis C). Mounting public concern, led by the Canadian Hemophilia Society, then a small group of hemophiliacs, their families, and their physicians in Montreal, resulted in the Krever Commission. In 1997, it recommended a hefty victim compensation package as well as a complete overhaul of the blood supply system. Canadian Blood Services was incorporated a year later and has been accountable to a significantly empowered CHS ever since.

“CHS seems unwilling or uninterested in considering evidence that the reform would not have adverse effects,” says Barry Adam, a sociologist at the University of Windsor and the director of prevention research at the Ontario HIV Treatment Network. In fact, CHS long held a policy that called for a deferral of “at least ten years,” citing worries about “the next HIV,” which would “follow the same path as syphilis, hepatitis B and HIV with high prevalence in the MSM [men who have had sex with men] population.” Then, in late September, it endorsed CBS’s proposed five-year deferral, noting that this would result in a minimal additional risk of HIV transmission. Devine remains diplomatic through all this: “You have to maintain the trust of people who bear the risk of changes you’re making.”

It turns out that CBS is actively engaging more indirect stakeholders. An Ipsos Reid poll conducted this past spring for CBS found that 45 percent of the general population supports a move toward allowing gay blood donors (a further 25 percent were undecided). Moreover, 66 percent of respondents from the Canadian Federation of Students said they have been, and continue to be, less likely to donate with the ban in effect. That number is of particular interest to CBS, since a demographic shift is about to make students’ opinions dearly important.

Devine points out that the majority of current blood donors are young adults and seniors (a long fallow period occurs between those demographics). As baby boomers age, with many becoming chronic blood recipients, the onus will increasingly fall on the younger generation, whose goodwill must be maintained by appealing to their sense of justice.

It is Devine’s sincere hope that the moral outrage of students and the fears of hemophiliacs can be reconciled by a stunningly simple method tested at netCAD and now in clinical trials. Pathogen reduction technology, already used in Europe but not yet approved in Canada, works by irradiating riboflavin-enriched blood components with ultraviolet light. This treatment—somewhat like the pasteurization of milk—kills anything bearing nucleic acid, including viruses, bacteria, and parasites. “This is a game changer,” says Devine. “Because it is such a broad technology, it’s highly probable that it would inactivate new organisms. That should help allay any concerns about unknowns.”

But fear, after all, will always be a stronger motivator than scientific proofs. It affects us viscerally. Studies have found, for example, that it creates more powerful memories than any other experience. And fear of a virus such as HIV—which is associated with homosexuality, with plague, with punishment—must be an especially virulent strain. Thus hobbled, we only lurch toward an equitable future. Meanwhile, the conclusion seventeenth-century poet John Donne arrived at in Devotions upon Emergent Occasions, about his experience of a near-fatal illness, still stands: “As sickness is the greatest misery, so the greatest misery of sickness is solitude.”

Michael Harris is the author of Solitude and The End of Absence, which won the Governor General’s Literary Award. A faculty member in the Banff Centre’s literary-journalism program, he currently lives in Vancouver.