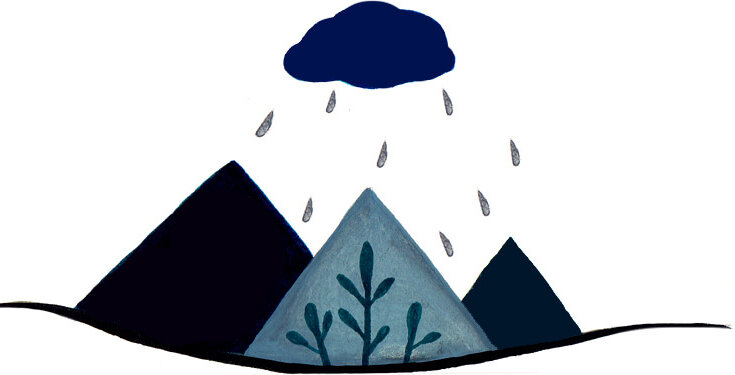 Here are the grossly educational displays: giant holograms,
electric guitars strung with light, and nebulae spread out
onto canvas that might fold up neatly in your pocket—
you could imagine streaming in with parents helming their kids
and hanging up the traffic with their coats,
moving past the litany of discounts, into the exhibit,
where familiars float in blown-up photographs.

The B7 snow machine, full goalie mask, and hulking Deep Rover,
polyurethane brains full of solutions—all cradled
behind the palmed-up glass and snippets of patience-wearing narration:
the difficult problems are solved here and then solved again,
so that when someone comports himself down on one knee
you might expect the drone of an organ filling the high backlit ceiling,
cutting through your fresh mistakes—what was easy

over what was hard. No need to dwell, though. It turns out
he’s simply adjusting a lens, leaning carefully into a bio,
or tapping the deep amnesia of a phone.
Somebody far away wants to talk, nothing important,
but if you stopped as I’d stopped, in front of Le Caine’s glassed-in display
and watched the weather of cameras roll in,
you’d see his sackbut keyboard flicker, all threadbare parts

and makeshift dials, as if assembled by hurricane,
or amateur God. You’d see his giant black and white likeness
stringing minute but infinite currents, all the metal, wood, and wire
coming in scrap but leaving tuned—I think of him
tweaking radar blips but quietly building touch-sensitive organs,
one after another, wiry and strong in the long, slow slide
of government interest: I think of him writing, “What am I doing?

I’m bloody well building filthy circuits,” and continuing on,
which must have felt something like losing the tune
but having to keep on playing the song. And when the voice comes on
to tell us how much time we have, what car’s still lighted in the lot,
it isn’t hard to want to stop, hunker down, but then I’m deftly
nudged away from that idea, through the lobby and gift shop.