On an eastern swell of Baffin Island, shotgun-toting Mosesee Akpalialuk carefully drives his ATV along the perimeter of a vast grid of gigantic black bags, each filled with a metric ton of PCB-laced soil. “They’re a great hiding spot for bears,” explains his boss, Harry Flaherty, from a nearby perch. The fifty-four-year-old from Grise Fiord is president of Qikiqtaaluk Corporation (QC), an Inuit-owned conglomerate contracted by the Department of National Defence to finish cleaning up DYE-Main, Arctic Canada’s largest and most contaminated former Cold War radar station.

Over half a century ago, Qikiqtani Inuit helped the United States Air Force build DYE-Main across 8,000 hectares of treeless tundra, overlooking the iceberg-dotted waters of Davis Strait. Lower Site consisted of an airstrip, a hangar, barracks, storehouses, and so on. Fifteen winding kilometres away, at the edge of a steep cliff, Upper Site featured a golf ball–shaped radar dome and adjacent antennae known as billboards, as well as a complex for the supporting communications equipment. Some 200 Federal Electric employees kept the site up and running year round, part of a radar fence that stretched from Alaska to Iceland to detect incoming Soviet bombers.

Like the Hudson’s Bay Company and the RCMP presence before it, the DEW (Distant Early Warning) Line shaped life in the North, attracting settlement to shabby camps that eventually grew into communities like Qikiqtarjuaq and Hall Beach. With the development of submarine-launched cruise missiles and intercontinental ballistic missiles in the late ’50s, and then more sophisticated radar technology in the early ’60s, most of the bases would soon become redundant. By 1993, all sixty-three were decommissioned or refitted for a more modern, efficient US-Canada defence system. Legions of battery-powered vehicles and construction machines were simply driven onto the sea ice to vanish with the spring thaw. Hundreds of thousands of fuel drums bled hydrocarbons and antifreeze into an environment browsed by animals that were hunted by Inuit. 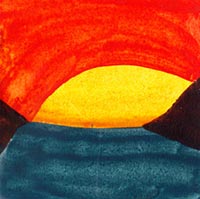 The Inuit sea goddess Sedna often acts as a gauge for human morality. In some legends, violations of hunting, birth, or death customs manifest as knots and noxious parasites in her hair. As her locks become increasingly polluted, her anger grows and she withholds her animal bounty from hunters as punishment. Six years ago, indie game developers in France refashioned the goddess as a giant penguin (and transported her to the South Pole) to create the quirky, environmentally conscious Penguins Arena: Sedna’s World. In it, she incites players to do battle in a world destroyed by global warming and pollution, where only one tribe of penguins can survive. Her traditional role in coastal tellings of the legend is far more passive: she sulks in an underwater lair until a shaman is sent to appease her by combing out her hair.

Canada was left to clean up the mess on forty-two of the bases, which were split evenly between DND and Indian and Northern Affairs Canada. (The US government pitched in an estimated $92 million, roughly 14 percent of the reported total cost.) The efforts started in earnest in the mid-’90s, with a mandate to employ mostly Inuit. QC, then mainly involved in offshore fisheries and real estate, developed considerable expertise in remediation at the Dew Line’s Fox-C and similar former military sites. In 2012, it beat ten companies—four of them with significant Inuit ownership—in a bid for the $16-million contract to complete the final two years of work at DYE-Main.

Flaherty reports that the PCB-filled bags represent just a fraction of DYE-Main’s most contaminated waste, awaiting pickup by sealift ship to a waste treatment facility in Saint-Ambroise, Quebec. At Upper Site, the largely automated North Warning System is housed in a building where technicians once sat in front of blipping screens, occasionally breaking for fresh air and barrel rolling competitions. Lieutenant Colonel Dave Eagles, manager for the DEW Line Clean-up Project, was horrified on his first visit to find the hillside littered with the rusting drums. He also notes the “glacier of garbage,” a dump 100 metres long and twenty metres deep, below Upper Site, which occupied workers for years, scraping, thawing, and moving the debris.

Eagles, a forty-year veteran who has been posted all over the world, says progress is slow partly because the climate affords such a small window of opportunity: “Also, locals wanted to make the most of the jobs.” He works closely with Natalie Plato, who is overseeing remediation for what is now called Aboriginal Affairs and Northern Development Canada. “The North works differently,” she explains. “We didn’t want a spike of work and then none, so we do one site at a time for steady Inuit employment.”

Flaherty’s crew at DYE-Main is currently 85 percent Inuit, achieved through aggressive recruitment drives across the territory. “We do lose trained staff to heftier paycheques in the mining industry,” acknowledges Jeremiah Groves, a director for one of QC’s divisions. “But since our projects are seasonal, we’re supportive when our employees find full-time work. In Nunavut, it’s more about raising the game than about competition.” All the better to meet future challenges and seize future opportunities. Indeed, when one of North America’s biggest environmental cleanups draws to a close in September 2013, five or six major companies owned or operated by Inuit, and up to sixty smaller Inuit subcontractors, will be well positioned for the coming boom in Arctic mining.

At the edge of Upper Site, Geteoni Kopalie helps roll heavy-duty plastic liner across an 8,000-square-metre landfill. Except for the North Warning System, the broad expanse of tundra has largely been returned to its natural state, a powerful link between the Arctic’s past and its future. “My grandfather Joseph worked on the DEW Line in the mid-’50s, driving a dozer,” the young Inuk says. “He helped build it, and now I’m helping to take it down.”