A Taste of Treason | The Walrus
Skip to content 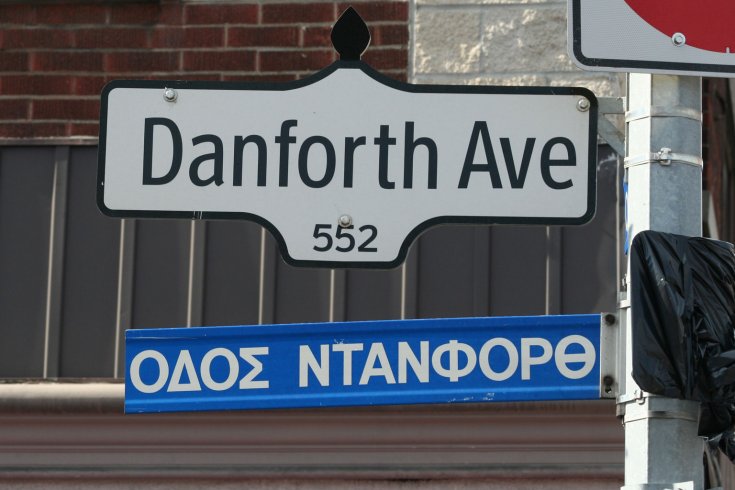 Starting today, 1.5 million people will converge on Toronto’s Greektown neighbourhood to experience Taste of the Danforth, which in twenty-two years has grown to become Canada’s largest street festival. In the wake of Greece’s near-apocalyptic financial meltdown, this tzatziki-drenched celebration of souvlaki and gyros helps remind us of all that Greeks once contributed to the advancement of Western civilization.

But it won’t just be garlicky Mediterranean cuisine that takes centre stage, but also Danforth Avenue itself—a major arterial road named after a man who has been dead for two centuries.

During that time, Asa Danforth Jr. has fallen into historical obscurity. But that must change. The Torontonians strolling up and down his namesake street looking for spanakopita and loukomades would quickly lose their appetite if they knew the truth about this man’s decidedly unpalatable past.

A native of Massachusetts, Danforth already was a debtor when he embarked on an ambitious real estate speculation scheme in Upper Canada. In the 1790s, the region was crawling with such men—all drawn in by Lieutenant Governor John Graves Simcoe’s generous land-development policies. Simcoe was demanding only about a nickel per acre, while comparable land on the Ohio frontier was going for twenty times that price.

Upper Canada’s government was looking for upstanding citizens who would permanently inhabit and improve the purchased lands. But Danforth and his fellow speculators found it more profitable to divvy up their holdings and flip them to other investors. The then chief justice John Elmsley described the few families that actually settled on the purchased lands as “wretched vagrants hastily collected from among the dregs of neighbouring states.”

At one point, the Executive Council of Upper Canada “judged proper to mark its sense of the Indecency as well as the Impropriety of Asa Danforth’s Conduct.” Such was Danforth’s later notoriety that, according to historian Alan Taylor, he probably inspired the colony’s xenophobic law empowering the government to expel immigrants suspected of seditious behaviour—the Bill C-51 of its time.

True, Danforth was redeemed somewhat in 1800 when he built a road from York (Toronto) east to the Bay of Quinte, the western portions of which would become a precursor to modern Danforth Avenue. But then things went downhill: He ended up in an American debtor’s prison following a squabble over the apportionment of construction proceeds.

There, he nursed his grievances, and entered into an Albany-based plot to overthrow the administration of Upper Canada and replace it with an American-style republican administration. His co-conspirators included such unsavoury characters as Ebenezer Allan, who, according to Taylor, “shocked the official elite by practicing polygamy with Indian women and by grasping for more land by procuring suspect Indian claims.”

And for what? As it turns out, Danforth was in it for the grubbiest of reasons. Chief Justice Elmsley reported in 1802 that the conspirators’ main goal in seizing Upper Canada had been to steal “between 1 & 2 Millions of Acres [of land], which are to be divided among [the plotters].”

In short, Danforth wanted us on a proverbial spit, so he could carve up the region like so much succulent pork, and then scream “Opa!” all the way back to Albany. For Toronto to put his name on this epic street festival is the equivalent of Boston hosting a Benedict Arnold Hot Dog Festival, or an Alger Hiss Clambake.

Thankfully, informants foiled Danforth’s plot. But had it succeeded, Upper Canada effectively would have become a republican outgrowth of the United States. Instead of preparing for federal parliamentary elections this October, residents of the State of Ontario (or whatever Danforth et al. chose to call it) would be playing host to Donald Trump as he contested Ontario’s GOP primaries. Indeed, Trump likely would be glad-handing down Danforth Avenue itself this weekend, posing for pictures with barbecue chefs and promising to build a giant fence to keep out undesirable Manitoban immigrants.

That’s the future that Asa Danforth Jr. wanted for Upper Canada—which he regarded as just another juicy nugget of real estate on America’s lengthening meat skewer. A “taste of the Danforth,” you say? More like a taste of flame-grilled treason.