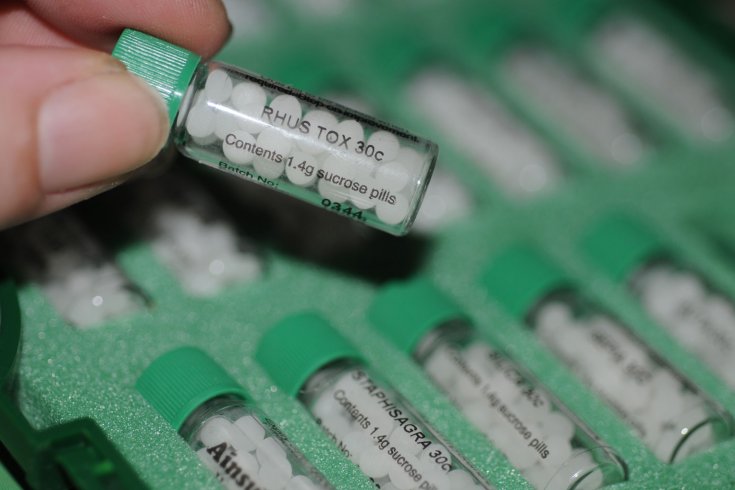 While Canada’s universal health system covers doctors fees and hospital stays, a lot of care is fee for service. Out-of-pocket costs can add up for dental services, prescriptions, mental health care, glasses, and contacts—and in some provinces (including Ontario) physical therapy. Many employers offer supplemental health plans in their benefit packages to help defray these costs.

The University of Toronto is one of them. This year (2015–2016), it added homeopathy to its menu of covered services. According to a June 12 memo, the university’s extended health care plan for some of its employees “will now include coverage for naturopathy (ND designation), homeopathy, acupuncture (Acupuncturist of Ontario registration), osteopaths and Occupational Therapy.”

In fact, according to a report from a 2013 student council meeting, homeopathy has been on the university’s graduate student plan for at least a few years:

[Council President] Jessica [Gallinger] reminded council members about students receiving an email from GSU [the Graduate Student Union] in response to concerns about our current health coverage’s inclusion of homeopathy. No one on GSU’s executive wants to continue funding homeopathy; however, the staff member running this program likes homeopathy. Jessica described the ‘magic water’ treatment to council members, pointing out that it is unsafe and that our tuition is funding it. If GSU reallocated the funds currently allocated to homeopathy, students would be able to get coverage for physiotherapy at $20 per session.

Homeopathy, for those who are unaware, is a discredited pseudoscience that poses as a legitimate form of “alternative medicine.” Numerous studies have shown homeopathic “remedies” to be no more effective than a placebo. And so it is hard to reconcile the idea of homeopathy being a covered service—never mind being mentioned in the same sentence as physiotherapy and occupational therapy—at an institution of higher learning with a medical school and a physics department.

As for the staff member who “likes” homeopathy: Health plans aren’t Facebook fan pages. What if the staff member wanted cosmetic Botox covered, and decided to dump silly old pain medication for mothers in labour?

By including homeopathy in employee and student health plans, the University of Toronto is further legitimizing the practice of this proven quackery, and contributing to its growth. Members of the university community now have economic encouragement to pursue snake-oil treatments for conditions that may require urgent (legitimate) medical attention.

This is not an isolated case. The university, despite its esteemed reputation in the health sciences, is currently conducting a study on homeopathic therapies for children afflicted with Attention Deficit/Hyperactivity Disorder. (How that got past the Institutional Review Board still boggles my mind.) It also hired a homeopath—Beth Landau-Halpern, the wife of Rick Halpern, then the dean of the University of Toronto’s Scarborough campus—to teach a health course that contained discredited anti-vaccine propaganda and incorrectly used physics to support the idea of homeopathy; and then refused to admit error when people complained about it.

The university also is leasing space to the Canadian College of Homeopathic Medicine—which now gets the chance to advertise to clients that they are “in the University of Toronto.” Unless you read the fine print, it’s easy to assume that the the school and the Canadian College of Homeopathic Medicine have more than just a landlord-tenant relationship. I understand that many universities have empty buildings and budget issues. But institutions, like people, are known by the company they keep.

Each one of these instances is troubling on its own. Taken together, they suggest a clear pattern. When a university puts homeopathy on its health plan, allows homeopaths to teach pseudoscience for course credit, shares a roof with a college of homeopathic medicine—the overall effect is to legitimize junk medicine.

Last Friday, Halpern stepped down from his post as University of Toronto Scarborough dean. While no one is talking about the reasons behind his resignation, it is widely assumed that the move is connected to the controversy surrounding his wife’s course. Given all the bad press the university has attracted over this issue, will it continue to legitimize homeopathic “medicine”? Many members of the university’s legitimate scientific community and the scientific community at large hope the answer is no.