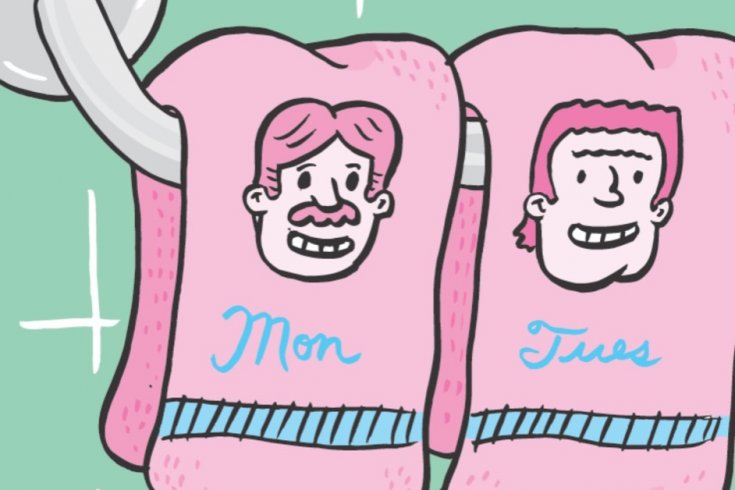 My tennis game was raised by wolves. Abandoned as an infant, it sat in a dark part of the forest for three days. It cried helplessly and was finally discovered by wolves who took it in and nursed it. For twelve years it heard no human sound. Its only friends were wolves, and it knew only the way of the wolf. It ran at night and its jaws were stained with blood. Several times it saw humans from a distance—hunters in orange hats who chased it, families eating chicken from buckets in the meadow. By the time I discovered it, shivering, filthy, and naked, snapping wildly on court four at the Glendale Racquet Club, it had killed a thousand times. It was feral and godless and knew no master.

For months I worked with it, patiently describing the mechanisms and strategies, pointing to the marked parameters of the court. I lectured it on etiquette and we practised until my fingers bled. After dinner we studied tapes of Borg vs. McEnroe until the sun came up. I told it about Pete Sampras’s mighty serve and Agassi’s uncanny returns, about Ashe, Connors, and Becker. It spoke only in garbled thwacking sounds but had a thrilling primitive power. In time, I came to love my tennis game, and there were days when I believed that it loved me.

The backhand was a problem, but we worked together, hours every day. I dressed my game in Slazenger tennis shorts and Nike Air Zoom Vapor Speed court shoes and bought it a Head Liquidmetal Radical MidPlus racquet. With a bottle of Evian in its hand, the headband slightly askew, it could almost pass for a normal game. Occasionally people would say, “You know, you’ve got a terrific little game there.”

But I grew impatient with its backhand. When the second consecutive return sailed over the three-metre mesh fence at a public court, I admit with some shame that, consumed by rage, I hit it. I think my tantrum shocked us both. But my game shaped up. For a while, I was naive enough to believe that I had earned a new respect, that corporal punishment was the answer. In a singles tournament (B Division) at the Glendale, I moved quickly through the ranks, hunting my opponents like a predator. I punished them with my groundstrokes and fed on their livers.

In the finals, I was matched with Grayson-Twempt, a patient smoothie who laid back and feasted on the wounded. An early hint of trouble came when my first serve hit the line judge in the head, killing him. My tennis game glared at me, a familiar glint in its yellow eyes, that ancient hunger. My second serve was clocked at 275 kilometres an hour and took out a woman named Pruitt, who was drinking gimlets in the visitors’ lounge. An hour later, I was down 6-0, 5-0, and there were four dead, including Grayson- Twempt, and six wounded, one seriously.

That was seven years ago. It was the last time I saw my tennis game. I realized that I had been a fool, believing that I could domesticate it; my game would always run with the wolves. It would always be a threat to me and to those around me. It didn’t matter how many expensive racquets I put in its hand, how many Andre Agassi signature polo shirts I wrestled over its matted head, how many private lessons I paid for. My game was a blackhearted beast.

The authorities tried to capture and destroy it, of course. But I drove it to the forest in my Passat station wagon. I owed it that much. I opened the passenger door and it loped into the woods without looking back. There are nights when I drive by the forest, the window open to let in the soft summer air, and I hear my tennis game, howling alone in the forest, looking for something to kill. 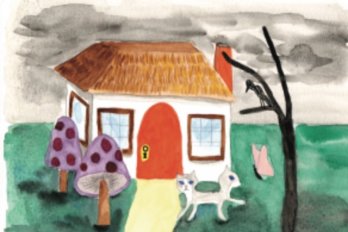