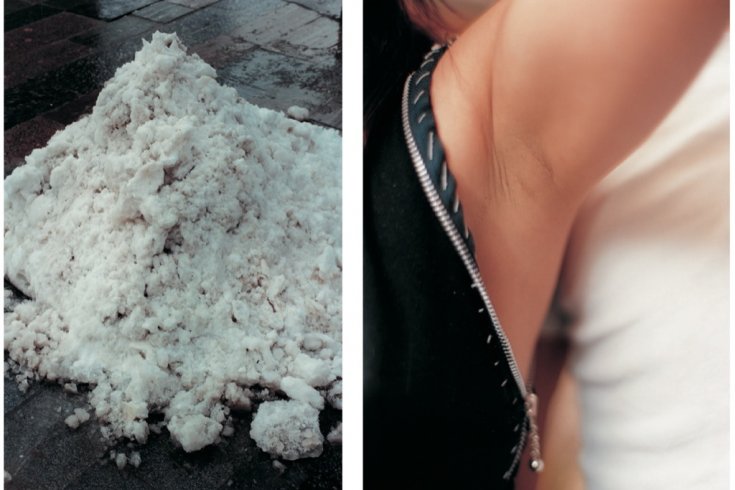 On the edge of Brooklyn, in a neighbourhood where artists have taken root and real estate developers are pushing in, the smells of plaster dust from renovation and exhaust from old-time industry are in the air. Someone, somewhere, is boiling hot dogs. The scents carry me to a small storefront tucked away amid a patchwork of industrial buildings. Inside, perfumer Christopher Brosius is working to recreate smells like those I’ve just encountered—of the streets, the kitchen, and most every setting around us.

The most obvious sign that Brosius’s shop is unique is the one sitting out front: a silver sandwich board proclaiming “CB I Hate Perfume.” Brosius was once a traditional perfume salesman but now shuns anything that reeks of big-time players such as Chanel, Givenchy, and Calvin Klein. Rather than developing flowery scents merely inspired by nature, he aims to replicate the environments that define our lives. Sniffing three of his trademark fragrances can transport you from a closet shelf containing a favourite vinyl purse to an undisturbed attic thick with dust to a muscle car peeling out on a drag strip.

Vinyl Handbag, Dust, and Burnt Rubber came together on Brosius’s mixing table in the back of CB I Hate Perfume, a spare space with painted concrete floors and exposed ceiling beams. Along one wall, a row of simple white shelves holds more than 300 small bottles filled with different ingredients. A chalkboard by the door lists some of Brosius’s newest scents, including Burnt Wood, Sushi California Roll, Rubber Cement, and Crayon.

Shoppers looking for off-the-shelf fragrances can drop in and peruse Brosius’s collection, but he specializes in creating custom scents for those ready for a fragrance of their very own. When I arrive for my two-hour consultation, an enthusiastic 140-pound English mastiff with a studded black leather collar greets me, smelling unmistakably of, well, dog. Brosius follows a minute later, wearing a matching studded belt.

The consultation starts with an interview. With his deep, friendly voice, Brosius searches for information about my childhood and lifestyle. I tell him that I used to race bicycles, enjoy spending time at the cottage, and have fond memories of Tuscany. He listens carefully, takes notes, and occasionally probes more deeply. His early ideas for ingredients for my custom fragrance include rubber and grease, Tuscan herbs, wet stone, and a new scent he’d hoped would be white truffle but ended up smelling more like a forest floor.

Eventually, he leads me to the front of the store, where he selects dozens of bottles and asks me to sniff them one by one. Even though personalization is his mission, it’s clear Brosius has a few favourites. One is a new fragrance called English Novel, which is indeed reminiscent of flipping through the yellowed pages of a long-forgotten book. “It was done from a paperback that I found in the basement of a shop on Charing Cross Road, and it smells exactly like that,” he says proudly. Another favourite is Play-Doh. He’s so confident he captured the smell that he labelled it simply You Know This. As for his own scent, Brosius typically selects one from a collection of mixtures that features a dizzying array of ingredients, including snow, weeds, hay, libraries, incense, and smoke.

As we work our way through the samples, a young woman enters and begins smelling some for herself. After a few minutes, she opens one bottle, sniffs, and sighs.

He smiles broadly and nods. Bruschetta he nailed. But there are other scents he has been pursuing for years. At the top of the list is gasoline, for which women in particular seem to have an affinity. Brosius has tried many times to recreate the scent for them, without success. “In two to six months it turns into something unrecognizable, which is unacceptable,” he says. He has also been unable to crack the smell of puppy, despite the inspiration of his canine companion.

Perfume is typically crafted by mixing ingredients composed of essential oils and synthetic mixes. To recreate a known smell, most perfumers use headspace analysis, a process by which the air around a specific object is captured, then run through a device called a gas chromatograph to get its molecular profile. But Brosius maintains that good perfume requires a human touch. He cites Sweet Pea as an example. “You cannot extract [the essence of sweet pea] from the flower itself,” he says. Technicians from a well-known corporate perfumer tried to copy the flower’s smell using headspace analysis in the mid-90s, but when they asked Brosius to assess the result he found it subpar. It smelled partly of Lemon Pledge, partly of plastic flower, and partly of something he could only identify as “awful.” He leans forward to explain. “The analysis was all well and good, but it takes an incredibly skilled nose to go in there and fine-tune [a scent] to the point that it is recognizable.”

Brosius’s skilled nose has brought him tremendous success in the perfume world. Over the past decade, he has won awards, worked with celebrities, and exhibited his fragrance library at the Smithsonian’s Cooper- Hewitt National Design Museum in New York—not bad for someone with no formal training. He got his start as a retail employee at Kiehl’s, a boutique pharmacy of sorts, during the late 80s and early 90s. It was there, one day, that his first celebrity client, Cindy Crawford, came in to stock up on a variety of scents. But she told him, “I really like just having one bottle in my bag. Could we put these all together?” Brosius was happy to give it a shot.

Thus inspired, he spent much of 1992 reading, researching, and experimenting. In 1994, he launched Demeter Fragrances, a company designed to offer an alternative to traditional perfumes. With Demeter, he crafted some 2,000 unconventional single-note scents—among them Glue, Earthworm, and Gin & Tonic—and earned four Fifi awards, the industry’s top honour. Two of them were for Snow, which took him five-and-a-half years to develop.

Despite Demeter’s success, Brosius sold the company in 2002, and left it altogether in 2004. Essentially, his reputation for mixing one-note perfumes had trapped him when he really wanted to focus on custom blends.

In July 2004, he opened CB I Hate Perfume. The name came from a manifesto he’d composed in 1992, when he was first thinking about becoming a perfumer. “Perfume is too often an ethereal corset trapping everyone in the same unnatural shape,” he wrote, “an arrogant slap in the face from across the room. People who smell like everyone else disgust me.”

The manifesto often leads to questions from customers. “People say ‘What does that mean? You’re a perfumer and you hate perfume?’ ” he says. “But that’s actually part of the process. People’s reactions help me to determine quickly if, yes, this is a client I can work with or, no, this is someone who needs to be directed to Bloomingdale’s as quickly as possible.”

Fortunately, my reaction is acceptable. Back at the table, we focus on cottage smells and narrow the final selection down to Bonfire, Ivy Vine, and the earthy White Truffle.

Brosius lines up three pipettes, three testing papers, and the three bottles, then dips each tester into its respective bottle and spreads it out under his nose, inhaling gently. When he thinks he has the right proportions, he writes a formula in my file and transfers a few drops from each bottle into a vial. He smells the mixture, adds a little more Ivy Vine, then tests again. Looking pleased, he hands me a tester.

I smell a smouldering fire blended with a summer rain. It’s a very specific moment—at the cottage on Lake Nipissing, watching the last ribbons of smoke curl up toward the evening sky. And it’s in a bottle.

At the Floe Edge 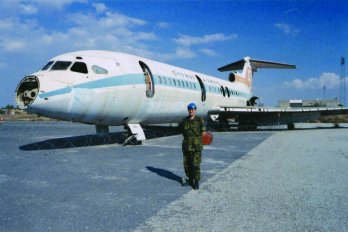 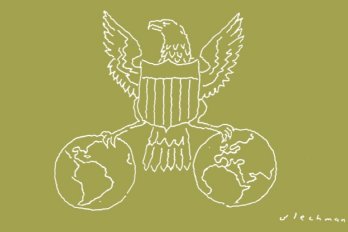