Moving Back to Chernobyl | The Walrus
Skip to content 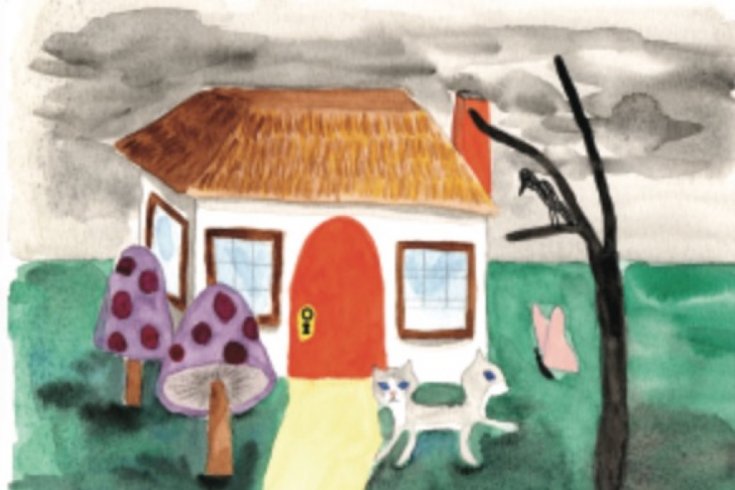 chernobyl—Nineteen years after the biggest nuclear disaster in history spewed radioactive material across Europe, people are slowly moving back to Ukraine’s ground zero. Why? The region appears bucolic compared to other environmentally degraded districts in the country, and you can buy a khata (house) in Chernobyl starting at $400 (US), furnished. For this pittance you get two square rooms separated by a thick, mud-plastered wall with generations of peeling whitewash. On the heated side of the wall is your bed and living room, illuminated by double windows with traditionally carved wooden shutters. On the other side is the kitchen, dark and unheated, even in winter.

Upstairs lies the attic and granary. It’s possible that your purchase could include a mummified Bolshevik soldier, complete with Red Army uniform and revolutionary medals, still intact after eighty years. Ukrainian peasants have a saying: never throw anything away.

Outside, note the condition of the thatched roof and the bright accent paints on the walls—Indian red, Baltic green, or cyan. The black-dirt yard is fenced in by a high lattice made of scrap lumber and stripped branches. Undoubtedly, there will be a rough-hewn bench to provide a sunny oasis, ideal for a midday smoke and a shot of samohon (bootleg vodka). From your khata you can spy on the neighbours trundling down the muddy road.

And you will definitely want to check out your new neighbours: Ukrainian villagers are a notoriously creative bunch when it comes to what sociologists call “social levelling.” They will use gossip, shunning, boundary disputes, drink-party slander, and midnight catcalls to drive home the point that, as a local folk-saying goes, “The tall grass gets cut down first.” This is the protodemocracy of the sich, the ancient village council.

As you explore your new digs, a vague sense of familiarity takes over. Welcome back to the nineteenth century, the fantastical, fairy-tale world of the Brothers Grimm and Hans Christian Andersen, where families will sell their cow for a red dress that their daughter can wear to her high-school prom.

Energy costs are low, and don’t worry: these ghost farms are off the nuclear grid. Choose between coal and wood for your iron stove, and be satisfied you are not contributing to another doomsday scenario over at Reactor Number 4, just down the weed-choked road. Number 3 was the last reactor to be shut down, in 1999, by Ukraine’s government, which now spends about 7 percent of its national budget, or about $6.5 billion (US), rehabilitating the disaster area. So pay your taxes.

Boris Kondratov, a coal miner, moved to Chernobyl three years ago from Donetsk, and says the air here is fresher. But the airborne black particulates in the industrialized east, where coal is czar and the moon is brown, are plainly visible. The effects, which include asthma, bronchitis, and lung cancer, are immediate and palpable. Not so with radioactivity. On April 26, 1986, the deadly storm of radiation contained invisible isotopes of strontium and cesium, each with a half-life of thirty years. It will take, as the Bible cautions and nuclear engineers now confirm, seven generations for the sins of the father to be expiated.

The father, in this case, was Vladimir Ilich Lenin, whose name adorned the Chernobyl complex. The first of four reactors went online there in 1977, under the directive of the Moscow-dominated Communist Party. A week after the 1986 disaster, May Day marches were held in Kiev just as radiation levels in the city spiked at 3,000 micro-roentgen an hour. Today, you can still find Soviet-era murals at bus stops, with the atomic symbol happily spinning its electrons over modern couples.

There are a number of local tour operators willing to take visitors into the ghost lands, which lie only a few hours north of Kiev. Eighty percent of the houses are deserted, and the affected area, representing 10 percent of Ukraine’s land mass, is a fertile agricultural basin. Prices start at $100 (US) for the tour. Pay extra to see the reactor itself.

Nothing prepares you for the post-nuclear vegetation. The green comes at you like a dervish of nature as you drive northwest into the maw of antimatter. The fields are madly overgrown; hay stands six feet tall. The birds have returned, and storks, rooks, and larks contest in an uncertain heaven. From the glistening marshes comes the recurrent boom of giant bullfrogs, eager to mate.

Otherwise, it’s quiet for a European suburb and traffic is slight, as few can afford cars. If you do spot some traffic, it is probably day labourers heading toward the Chernobyl nuclear complex. The authorities have begun hiring workers to re-brick the cordoned-off reactor. Locals say it’s started to leak again.