lusaka—In 2002, Zambia State Insurance Corporation, Zambia’s largest insurance company (with about 375 employees), realized that an average of twelve staff members had died each year since 1997. In almost every case, the cause was believed to be AIDS. And the company was feeling the loss.

Like many companies in southern Africa, Zambia State Insurance pays funeral costs – not just for its workers, but also for their spouses, their children, and up to two other dependents. The company buys the coffin, pays for an undertaker to prepare the body, and purchases flowers and firewood for the funeral.

The cost to the company of a single death averages 3.2 million kwacha ($890.76), an enormous sum in a country where two-thirds of the people live on less than $1.35 a day, according to 2001 UN figures. And that’s before the payment of life insurance, which adds another 90 million kwacha. In the past, funeral costs and death benefits were an accepted cost of doing business. But with hiv/aids killing almost 250 people a day and incapacitating thousands of others, companies in Zambia are realizing the disease is not just a social tragedy, but also a growing economic problem. As skilled workers fall ill, productivity slips, accidents and absenteeism increase, and the cost of employee medical benefits and training soars. Directors at Zambia State Insurance were jolted into action in 2002 when they saw the multi-pronged impact the disease was having on their internal operations, says Betty Meleki, the company’s assistant human-resources manager. While a lack of testing meant they could not be sure of the number of deaths caused by hiv/aids, they suspected it was the main cause. “It was just too big a problem for management to ignore.”

So, just over a year ago, Zambia State Insurance implemented an in-house program for the prevention and treatment of hiv/aids. Each Friday, the company’s washrooms are well stocked with condoms, and secretaries are given extra supplies to distribute before the weekend. Information is handed out, confidential tests are conducted, and free medical care is provided to those already infected.

Despite a national infection rate among adults estimated by unaids to be 16.5 percent, the insurance firm was one of the first companies in Zambia to create a program for employees and is still among a mere 7 percent of businesses in the country with a formal policy on how to deal with hiv/aids. Other companies are following suit. At its present level, hiv/aids is chopping an estimated 2 percent off the country’s annual economic growth. Such statistics, which have only recently become available as research catches up to the spread of the disease, are helping change corporate attitudes across southern Africa.

Martin Whittaker, senior vice-president at the insurance giant Swiss Re in New York who has done work on business and hiv/aids, says companies face significant direct and indirect costs when they operate in hiv/aids hot spots such as Zambia or South Africa. Gold-mining firms in South Africa have estimated that they lose between $4 and $6 (U.S.) per ounce of gold due to the virus’s impact on their operations. The Canadian mining company First Quantum warns investors that among the possible risks to its copper operations in northern Zambia is the loss of skilled workers to the disease.

Metropolitan Life, a major life-insurance company in South Africa, expects that without active intervention on its part, the disease could add 13 percent to its payroll costs by 2005 and 26 percent by 2010.

Consumer spending also changes when households are forced to spend more on health care and less on other goods and services, which is why brewing giant Heineken is studying what the disease will do to its customer base in southern Africa. The Ontario Teachers’ Pension Plan, which invests $75.7 billion in companies around the world on behalf of its 250,000 beneficiaries, recently sent a fact-finding mission to southern Africa to gauge the impact of hiv/aids on firms operating there.

The major multinationals operating in southern Africa, such as BMW, Unilever, and Chevron Texaco, have taken the lead in prevention and treatment programs for employees. But local small- and medium-sized companies have been slower to follow suit. “I see awareness building,” said Whittaker. “I’m not necessarily seeing action.”

Social taboos are one reason why corporations have not moved more quickly. Public awareness campaigns, such as the giant billboard near Zambia’s Lusaka airport counselling condom use, belie the deep social conservatism.

“Most Zambians feel matters of sex are best discussed in bedrooms,” said Shapi Shacinda, the Reuters correspondent in Lusaka. This leaves young Zambians uninformed and gives rise to popular misconceptions. Research by the U.S. group Population Services International found that many young Zambian males believe sorcery causes infections and that women can shed the disease during menstruation. Visible victims of hiv/aids are ostracized. All of which makes Zambia State Insurance Company’s initiatives all the more striking.

Meleki said her company had to start its program, first, by educating managers and, secondly, by helping employees improve their knowledge. If workers did not admit to the disease, they would not sign up for the free antiretroviral drugs that the company was providing through a private clinic. And unless they understood how the disease was spread, they would not take advantage of the free condoms.

Meleki is reluctant to provide much detail on the number of employees treated, the overall cost to the company, or whether the program has resulted in an improvement in the company’s bottom line. She will say that they are expecting only one employee to die of the disease in 2004. As she puts it, “expenses on death claims have improved.” 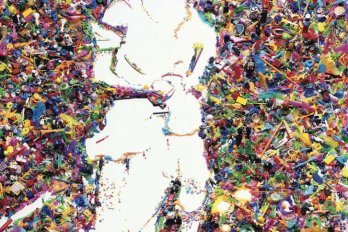 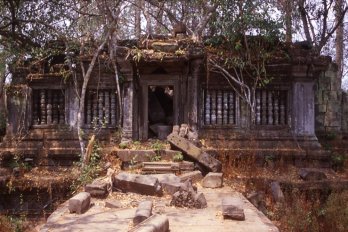 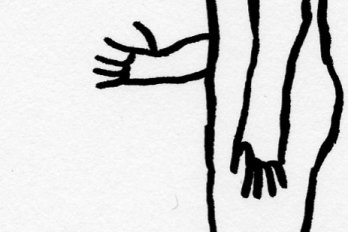 First Dibs on the 21st Century