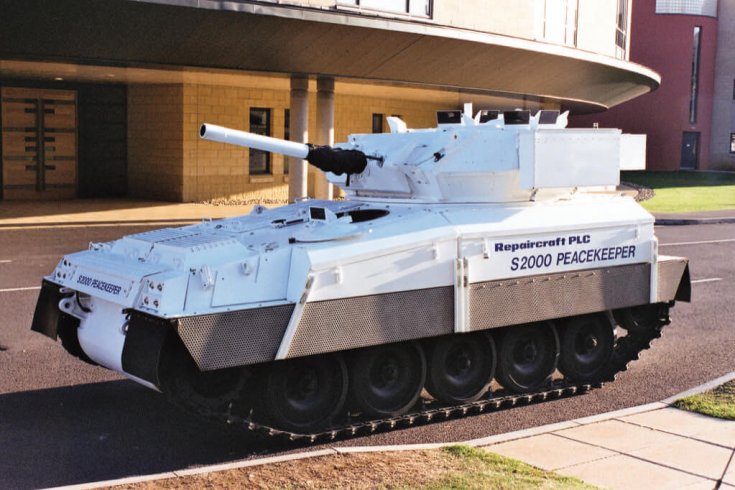 london—I knew right away he was the man I had arranged to meet. It was the way he stood – ramrod straight – making his open-necked polo shirt and khaki trousers look like casual camouflage. Which is not to say that Tobias Masterton was trying to go unnoticed. When I telephoned him for details of his controversial proposal to use private soldiers – a.k.a. mercenaries – in peace operations, he was instantly accommodating. “Why don’t we meet at my club?” he suggested.

In fact, Masterton and his two partners belong to three clubs that they use to promote their new company, Global Peace & Security Partnership. Had I been a potential funder, we would have been ensconced in leather armchairs at the Institute of Directors. Had I been a potential recruit or military adviser, we would have bellied up to the bar at the Naval & Military Club. As it was, he chose the Commonwealth Club, with its broad membership and primary-colour decor, because, he maintained, he was off to do a spot of circuit training later and the club didn’t mind its members dressing down.

Masterton served as an officer in the first Gulf War, and then on UN missions in Iraq, Cambodia, Cyprus, Kuwait, Croatia, Bosnia, and Kosovo, before returning to the UK. Some of those missions, he says, were “an appalling waste of money,” plagued by “ineptitude” and “corruption.” They were also, as a rule, “too little, too late.”

The figures back him up. Of the 42,076 troops out on UN peacekeeping operations at the end of January, the bulk came not from the well-trained, well-armed forces of western countries but from those of less wealthy nations. Canada, which helped pioneer the concept of UN peacekeeping, had only 231 men and women in the field on UN missions. Like other western countries, it prefers to avoid the infighting and bureaucracy of the UN.

With the UN secretary-general Kofi Annan commissioning studies on ways to shore up the crumbling peacekeeping system, Masterton and his business partners, Edwyn Martin and Michael Hepburn, are pushing against a partly opened door. Annan has said he considered sending private soldiers to the Congo when no government stepped forward to volunteer.

Masterton makes the idea sound simple. They would put together a database of between 5,000 and 10,000 soldiers and civilians prepared to serve on peace missions. Applicants would come ready-trained but would be vetted personally by the trio. Ideally, at least some of the soldiers would be borrowed from western governments for a limited period of time. But they would also recruit over the Internet and through public advertisements, targeting the seven million soldiers worldwide who lost their livelihoods after the end of the Cold War. Whenever conflict threatened, Global Peace & Security Partnership would deploy the necessary number of troops to prevent or contain the fighting. “It’s really just the reworking of an old idea – the UN standing army,” says Masterton.

That idea was premised on national governments, accountable to their electorates, providing soldiers who are bound by their national laws and the international laws of war. So how, I asked, could a group of private soldiers, accountable only to their employer, ever hope to be a legitimate replacement?

Masterton, who had been getting tense as we ran through the obvious disadvantages, leaned back and smiled as he unveiled his master stroke: his group would provide peacemaking and peacekeeping services on a non-profit basis. The soldiers would be paid, probably with money out of the existing UN peacekeeping budget, but there would be no shareholders to keep happy with ever-increasing profits. Any money left over would be ploughed into special training for the soldiers, such as hiv/aids awareness. His hope is that being non-profit would lift the mercenary label.

To complete the transformation, his company has already begun discussions with academics at the Department of War Studies, Kings College London, to put together an international legal think-tank to rewrite the “hopelessly outdated” definition of mercenary.

The legal scholars would also suggest changes to the international laws that currently prohibit the use of private soldiers and work out new regulations to govern their conduct in conflict. (At the moment, the use of any person in a conflict who is not a national or resident of the country and whose involvement is motivated by private gain is prohibited by the International Convention against the Recruitment, Use, Financing and Training of Mercenaries. It is aimed at mavericks who kill for money, rather than for national security, their services for sale to the highest bidder.)

While Masterton admits this could appear self-serving, he argues that it is merely an attempt to legitimize reality. For, despite the convention against mercenaries, governments are increasingly using civilian employees to do jobs once reserved for those in uniform. In his recent book, Corporate Warriors, Peter Singer estimates that privatized military services now amount to a $100-billion (U.S.) industry. This covers everything from the lone mercenary with a gun to the private companies, like DynCorp and Vinnell Corp, hired by the U.S. government in Iraq to build and maintain camps, conduct surveillance and security, and even train the new Iraqi army.

The sector is booming, says Mats Berdal, an expert in peacekeeping at Kings College, because governments sometimes use these companies to do things they cannot do openly. Hiring a private company also means that when their employees are killed, there are no flag-draped coffins to make the news back home.

Of course, non-profit or not, a business is a business. And ultimate accountability remains a stumbling block: if one of the main problems facing peace operations at the moment is the sluggishness with which national governments on the UN Security Council come to a consensus, who exactly will be calling in Masterton’s fighters?

He talks of some sort of international advisory council vetting requests from governments teetering on the brink of conflict and from legitimate opposition groups being unfairly targeted. But it’s not quite clear how this would work. “It is the thorniest area,” he concedes.

Nevertheless, he and his colleagues are forging ahead, testing their idea with academics and military think-tanks. Strangely, it’s not the mercenary label they fear most; it’s being called idealists for thinking that a new, untried company can rewrite international law and resolve the problem of peacekeeping by bringing in private-sector know-how. “Idealistic can be a dangerous word,” Masterton says 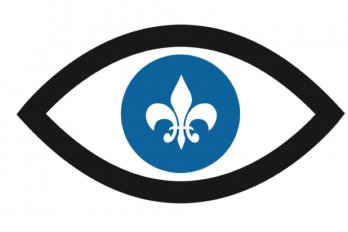