You Should Care about My Life | The Walrus
Skip to content 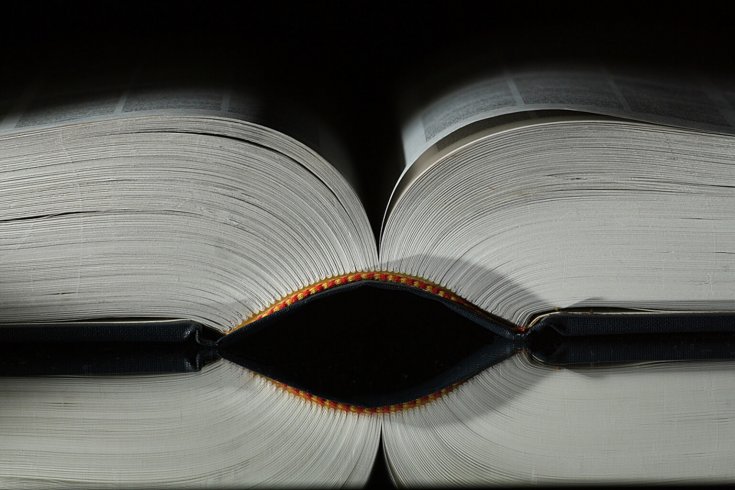 Jason Guriel’s recent Walrus essay, “I Don’t Care About Your Life,” is the latest in a chorus of cranky commentaries that would have us believe any nonfiction writer using the first-person pronoun is narcissistic and, as Guriel puts it, “indecently self-interested.” Ostensibly he is talking about criticism, though many of his examples inhabit the grey area between cultural critique and personal essay, a genre that has a long, well-established history of fusing cultural reflection with personal revelation. The problem with Guriel’s argument isn’t so much that it’s wrong—sometimes the critical and the confessional just don’t mix—it’s that it’s lazy. And it does little to actually improve our critical discourse.

“Relating works of art to one’s life, after all, is easy,” Guriel writes, adding: “(No reference library required.)” But it’s even easier to dismiss an entire genre of writing without aiming for nuance. The effort required to write a thoughtful, well-constructed essay that feels effortless is a skill that transcends the presence (or absence) of the first-person pronoun. As an editor, Guriel must know that having something to say is not the same thing as saying it well. We’ve all read criticism that feels dull and lifeless—both with and without an I.

Guriel conflates all personal writing with “confession”—an adjective that has become fashionably pejorative in recent years. Confessional writing, in which the writer articulates some shameful or taboo details about his own life, is not the same thing as acknowledging a thinking, breathing self whose experiences have real bearing on his view of the world. It’s easy to argue autobiographical revelation doesn’t belong in a review of Dan Fox’s new essay, but it’s harder to convincingly suggest that personal identity has no bearing on one’s experience of art and culture. But Guriel doesn’t take the time to make this distinction. Even when the first-person pronoun is absent, elements of identity shape every aspect of a text—from word choice to rhetorical strategy. Hiding that identity only enables the illusion of objectivity.

“It’s hard to distinguish seemingly sincere moments of self-critique,” he writes, “ . . . from rhetorical strategies designed to win readers over.” True, but “rhetorical strategy” is synonymous with persuasion and there is no text that doesn’t employ some form of it. In this way, we readers find ourselves in the same position as people in the world: We must decide who’s sincere and who is not, who we want to trust and whose arguments are suspicious.

As I examine Guriel’s complaint, I struggle to pinpoint exactly what he’s so upset about. He finds Leslie Jamison’s essay “moving” and Carl Wilson’s book “engaging.” He describes several writers as “exceedingly competent” and I couldn’t agree more. I loved many of the pieces he cites. He suggests that David Foster Wallace inspires many of today’s writers—they “embrace sincerity” and “locate cultural objects in relation to their own lives.” Whither the “indecency”? Though it is true that Wallace is on record as eschewing irony, he also eschewed the mindless parroting of easy ideas. His criticism strove for precision, seeing the world for exactly what it was, not what the culture told us it should be—a standard I hope all critics aspire to. (A classic example is Wallace’s essay “Shipping out: on the (nearly lethal) comforts of a luxury cruise” later retitled “A Supposedly Fun Thing I’ll Never Do Again.”)

Though Guriel provides plenty of illustrations of where the personal intersects with the critical in contemporary writing (often with generous praise for the writers), he consistently fails to explain what exactly is so wrong with a writer showing us her hand. Instead he seems to assume the value of writers keeping “themselves out of their sentences” is self-apparent. One’s “tolerance” for personal writing, he says, is “largely a matter of stomach acid,” as if every autobiographical detail is, by its very nature, nauseating, and any discomfort on a reader’s part is legitimate grounds for wholesale dismissal.

According to Guriel, the biggest problem with caring about the lives of others is that it is unfashionable. But I can’t help but wonder: Aren’t there some lives, and some experiences, we should care about?

Confessional writing is often dismissed as too soft, too solipsistic, too self-mythologizing. And occasionally it is all of these things—just as fiction is occasionally formulaic and cliché and poetry is occasionally overly sentimental. But when done well, confessional writing has the power to ignite important conversations and upend the status quo. Take Ta-Nehisi Coates’s recent National Book Award-winning memoir, Between the World and Me, which uses personal experience as a lens to consider the long history of racial violence in America. Coates joins a tradition founded by Frederick Douglass and James Baldwin, whose confessions have shaped the national discourse on race. Criticizing self-reflexive writers as essayists “armed with a selfie stick” conveniently dismisses that tradition.

One of the essays Guriel cites is Timothy Yu’s response to Calvin Trillin’s recent poem in the New Yorker. In “White Poets want Chinese Culture without Chinese People,” Yu points out the subtle racism in Trillin’s poem: “When I read the poem, I got a sick feeling—the feeling you get when you are the butt of a joke.” Yu’s response is couched in his Chinese family history, an autobiographical detail that is more than mere over-sharing. It’s strange to me that Guriel cites this particular essay as part of the problem, because it seems like a perfect example of how a writer’s identity is often tightly connected to authority and how he views the object of criticism.

So often the most trenchant cultural critiques come from those who are routinely marginalized, whose points of view are less frequently given voice. These voices, and the lives attached to them, matter. Their histories matter. And sometimes the autobiographical details of their lives have direct bearing on the subject at hand. It’s easy to minimize the value of personal writing without stepping back to consider the long history of the personal as a necessary mode of discourse.

When we argue that the personal has no role in cultural criticism, we are perpetuating attitudes that allow marginalized voices to stay marginalized. We imply that there is a single default mode of experience or, at the very least, only one mode that is legitimate for public consumption. When we suggest that self-interest is inherently indecent, we dismiss the interests of selves who occupy space anywhere outside the mainstream.

It’s worth considering why “confessional” feels like such a powerful pejorative in the first place. The personal demands that we acknowledge a worldview that may be distinct from our own, an experience that is often uncomfortable. When Guriel cites Leslie Jamison’s book, The Empathy Exams, he doesn’t mention the way Jamison uses the essay form to investigate empathy as a cultural phenomenon while also challenging us (and herself) to identify with those who are not often granted empathy: the poor, the undiagnosed, the uneducated, the violent. It’s the kind of sophisticated, thoughtful writing that can’t be done without self-investigation.

Of course there are limits to the power of the first-person pronoun, but sometimes I is not just trivial, it’s essential. When we dismiss confessional writing, we are really asking to be unburdened by another’s request for empathy. Not engaging with a writer’s autobiographical identity might make readers more comfortable, but it doesn’t make for more worthwhile critical discourse.

Mandy Len Catron (@LenMandy) teaches English and creative writing at the University of British Columbia. Her collection of essays will be published by Simon & Schuster next year.