Working for the Weeknd | The Walrus
Skip to content 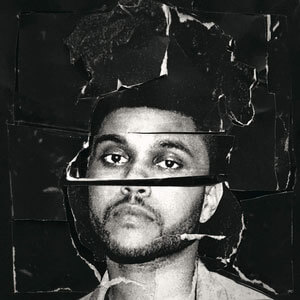 Album art for Beauty behind the Madness

The Weeknd’s “Can’t Feel My Face” may be the closest thing we have this year to a song of the summer. If you listen to top 40 radio, you’re probably tired of the track—and addicted to it as well. It has something I never thought I’d get from the Weeknd: a prominent bass line, similar to the Louis Johnson groove that made “Billie Jean” an instant classic. And it gets at a truth that Michael Jackson grasped instinctively: catchy music needn’t have anodyne lyrics.

The Weeknd’s second major-label record, Beauty Behind the Madness (out tomorrow), is billed as his pop debut. It has him getting away from the brooding R&B of his previous work and incorporating dance-club textures. We typically think of moves like this as a form of selling out, but in this case, the change has made the music more complex, not less. I’m a lapsed Weeknd fan who’s suddenly listening again, which means that I’m contending with the many things that make him such a troubling, compelling performer.

When the Weeknd’s first mixtape, House of Balloons, came out in 2011, I was hooked. Here was an artist taking contemporary R&B and transforming it into something hypnotic, gauzy, and eerie. The songs felt if not decadent like Jay Z then decadent like Huysmans: a study in hedonism and sexual dependency. And when was the last time an R&B artist sampled post-punk acts like Siouxsie and the Banshees?

For those who twigged to the Weeknd early, there were more surprises to come: that the press-shy singer behind the project was Abel Tesfaye, a twenty-one-year-old Ethiopian Canadian from Toronto; that Balloons was the first of three independent mixtapes released for free that year; and that, despite Tesfaye’s down-tempo style, he brought his A-game to his live shows. He may have sounded the crooner on his records, but he was an arena rocker on stage—despite not yet playing actual arenas.

Some early listeners found the trilogy too depressing to bother with, but those who fell for the records fell hard. And loving the Weeknd meant dealing with the lyrics and their ambiguous sexual politics. How much of a creep was this guy?

People who like the word “problematic” inevitably called out the Weeknd out for being problematic. Whenever a non-white performer refuses to placate liberal sensitivities, he’s going to draw criticism. Still, I don’t blame anybody for hearing “Baby when I’m finished with you, you won’t want to go outside” and deciding that they’d heard enough.

R&B has changed a lot since Al Green released “Let’s Get Married” in 1973. Most of the sex on the Weeknd’s trilogy is transactional—offered in exchange, if not for money, then for drugs or the affection of somebody famous—and there are overtones of sadomasochism. In the trilogy’s insomniac world, desire is fueled by cocaine and mdma; shame is palliated with alcohol. But if the subject matter felt seedy, it was also topical. In his clumsy way, Tesfaye was working through questions—about the ethics of sex work, about the relationship between recreational drug use and consent—that, in North America at the time, were very much in play. They still are.

And the sexual politics were more murky than explicitly bad. Was Tesfaye alluding to exploitation or consensual S&M? Was he bravely confessing to politically incorrect desires or glorifying abuse? To like the trilogy, you had to contend with ambiguity. And while some people, understandably, gave up, those who kept with it found moments of surprising redemption.

A friend of mine who has done sex work in the past told me that she admired Tesfaye’s honesty about the dynamics between dates and clients. Unlike in other recent pop hits—Lana Del Rey’s “Carmen” or Ed Sheeran’s “The A Team”—there are no Mary Magdalenes in Tesfaye’s lyrical universe, no hookers with hearts of gold. Intimacy is an exchange—sometimes habitual, sometimes desperate—between humans with needs.

That’s a compelling story, but I gradually lost interest anyway. Each mixtape—Thursday, Echoes of Silence—felt less engaging than the one before, and when Tesfaye’s studio debut, Kiss Land, was released in 2013, I had checked out completely. The music hadn’t changed much, but listening to the Weeknd was like binge-reading James Ellroy’s L.A. Quartet: the unremitting cynicism of the undertaking made it repetitive. Gloominess, it turns out, can be a shtick like any other.

I figured that Tesfaye would continue to rehash the same ideas until only the hardcore fans were listening. I didn’t think that this year he’d collaborate with Ariana Grande, learn to dance, and grant a major interview to the New York Times. Nor did I expect that he’d produce a radio hit like “Can’t Feel My Face”—the kind you can play at a wedding, once the grandparents have gone home—or that, by August, he’d be poised to become one of the biggest stars on the planet.

But Tesfaye seems to have learned something about the music he’s now making: that the best pop songs combine ambitious storytelling with upbeat grooves and communicable hooks. Think, for instance, of the Crystals’ “Uptown,” in which the main character, a poor Manhattanite, visits his lover in Harlem to get respite from degrading downtown office work; or of the effervescent dance-floor numbers by George Michael, Cyndi Lauper, and the Pet Shop Boys that deal with the devastation of hiv/aids; or of Amy Winehouse’s Back to Black, a record about addiction, depression, and fear of abandonment. In these, the music provides imaginative escape from the scenarios the songs describe. The lyrics are a diagnosis; the beat and the bass lines are temporary cures.

That’s why the catchiness of Tesfaye’s new work raises the emotional stakes rather than diminishing them. I still don’t fully buy his shtick. I don’t believe that he’s a non-stop partier or that he’s an ice-cold hedonist incapable of love. But neither do I believe that Bob Dylan came by his Oklahoma accent honestly or that Biggie Smalls committed even half of the felonies he describes on Ready to Die. No matter. Fictional stories can be compelling too.

If Tesfaye’s lyrics don’t cover the range of human experiences, they still capture a kind of intimacy that isn’t normally depicted so candidly in mainstream music. On the Weeknd’s older songs, you’ll find references to virtually every recreational drug going. And on “Tell Your Friends,” his newest single, which features a Kanye West soul beat and a Lynchian music video, Tesfaye assures listeners that he hasn’t changed much. “Don’t believe the rumours,” he sings, “I’m still a user.” He’s discovered that pop music is the headiest narcotic of them all.