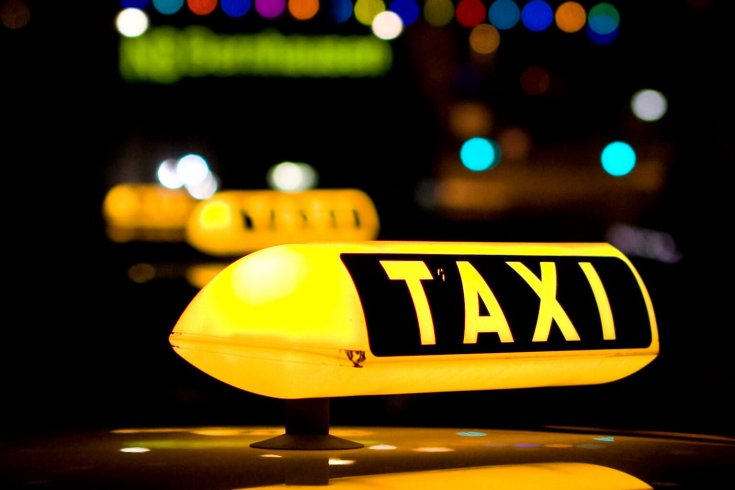 Idon’t much care for taxis, and I especially don’t love riding in them. When I get in, I often tell the driver that I don’t want an exciting ride—you know, the ones featuring drag race starts, lots of texting, or hair-raising sprints from the airport.

During such trips, I try to take solace in the law of probabilities: the fact that the cabbie has survived long enough to be driving me, on this particular day, makes the likelihood of a violent crash this time more remote. Or maybe my math is backwards? Maybe it makes the chance of a horrible ending more likely, like the time I had to catch an early morning cab from downtown Paris to Charles de Gaulle Airport in pouring rain. As we hydroplaned at high speed along a ring road clogged with trucks, I glanced over and noticed the driver, up all night, had dozed off.

So if the contra-Uber premise that taxi regulation exists, in whole or in part, to protect the public interest, as defined by passenger safety, accessibility, and a lingering concern about price gouging, the industry surely fails as often as not.

In “Uber v. Taxi,” Jonathan Kay argues that the apparently villainous San Francisco-based ride-sharing giant is in a fight to the death with the taxi industry. “One must die for the other to live,” he writes, quoting a judicial ruling in a recent legal challenge brought by the City of Toronto against the company: “Questions of what policy choices the city should make or how the regulatory environment ought to respond to mobile communications technology changes are political ones.”

Policy choices, indeed. The City of Toronto has only just emerged from its latest overhaul of taxi industry regulation—the second navel-gazing review in just fifteen years. Earlier this month in Montreal, meanwhile, Mayor Denis Coderre unveiled a suite of changes meant to Uber-proof his city’s taxis, including cameras, GPS devices, electronic payments, and perhaps even uniforms for the drivers(!). “The whole taxi industry,” he claimed, apparently straight-faced, “is now ready to turn the corner.”

Or drive even faster into a brick wall.

The regulatory reform endeavour that is gripping municipal licensing agencies feels a bit like the CRTC declaring it now intends to embark on new rules for payphones. A slamming of the regulatory door long after the cab has bolted.

At moments like these, it’s worth trying to imagine what one would do if policy makers could start from scratch and conjure up a rule book that isn’t all about fighting the last war. One could even ask, why regulate at all?

Part of the answer is obvious: there’s a clear public interest in ensuring that people who ferry other people around a city for a fee should be properly trained and adequately insured. The state has a role in mandating safety, as with other sectors and professions, as well as accessibility services, as Kay points out. Finally, society benefits if the individuals who drive cabs, either out of choice or by necessity, have some legislated safeguards against abusive labour practices.

But with the evident commercial success of Uber’s dispatch technology (let’s call it what it is), payment system, and variable pricing fare model, it’s no longer clear why municipalities should be in the business of setting prices (e.g., minimum fares or rates), dictating meter design, or closely regulating supply, in the form of taxi license issuance. Once upon a time, these rules may have been important in protecting both the public from rapacious cabbies. They’re not anymore.

Consider the supply side regulations. Among other tools, the City of Toronto uses fees to regulate the number of cabs on the road. A casual stroll through the table of business and trade license levies, however, reveals the perversity of the existing system: If you operate a bowling alley, your outlay is $389.01. Driving instructor: $371.77. Restaurant: $680. But for cab owners, the amount shoots up to almost $5,000, with annual renewal fees that are several times higher than those for most other industries. The only businesses with higher fees: body-rub parlours and strip clubs (both in the $12,000 range). The variation, on its face, makes no sense.

If we agree that a drive from point A to point B is a mass market commodity, and not some kind of essential service that the private sector isn’t capable of delivering, there’s no reason why regulators should be using fees or other mechanisms to control supply, except to satisfy the vested interests of the fleets and the plate owners. (In Toronto, a plate sells for $130,000 on kijiji, a figure that offers a big clue about the margins on fares, even after factoring in those steep fees.)

Who can actually say, on any given day, how many people are willing to pay to be transported around the city? True, we can draw on historical taxi usage statistics, but these numbers obviously don’t tell the whole story, just as the monopoly-era telephone industry rules revealed nothing about pent-up public demand for telecommunications services, another commodity. They only reveal the capacity and utilization of the existing system, as dictated by regulators.

Similarly, the prescriptive operational rules embedded in these regulatory regimes are nothing if not anachronistic. The new Toronto bylaw, which runs fifty-one pages (New York City’s rule book, at seventy-one pages, is positively Dickensian in girth), includes more than 550 words on the subject of “taxi-meters”—how they should work, where they are to be displayed, and so on. Stating that said devices must be “[i]lluminated between sunset and sunrise,” the bylaw (written last year) states:

The taximeter referred to in Subsection A shall be set up in such a manner that:

If we were detonating the cab regulatory system and starting from scratch, these rules, of course, wouldn’t exist at all—any more than CRTC regulations should include provisions for the operation of rotary phones.

I understand that the cab industry has millions of dollars in (old) capital tied up in its dispatch systems, meters, and all the other artifacts of a system that was toppled with an idea and an app. But for all the breathy rhetoric, it seems as if municipal policy makers still haven’t internalized Uber’s significance, or the opportunity it presents. Instead of pledging cabbie uniforms and other futile measures meant to mollify fleets and plate owners fretting about their equity, we should write tabula rasa rules that level the playing field by ensuring minimum service, safety, and access standards. But then we must stop micromanaging and allow the market for rides to evolve in direct response to consumer demand, entrepreneurial instinct, and technological innovation.

It worked for phones a generation ago. It will work again for cabs.