Will Bill Cosby’s Trial Change How We Think About Consent? | The Walrus
Skip to content 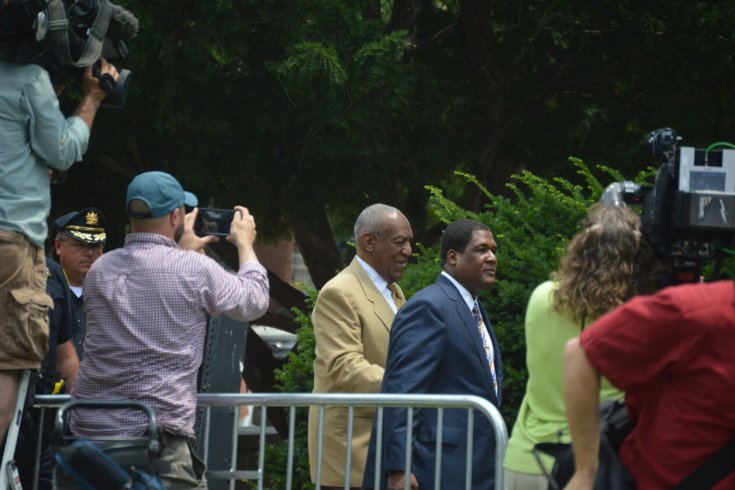 This week, Bill Cosby faced three counts of aggravated indecent assault against a Canadian massage therapist, Andrea Constand, who claims he drugged her in 2004 with wine and pills, and assaulted her on a sofa during a visit at his house. Cosby denies the allegations.

Constand—a former high school basketball star who had been considering a career in broadcasting when she met Cosby—initially reported the assault in 2005, but, at the time, prosecutors decided there was insufficient credible evidence to move forward. Constand then filed a civil suit, which ended with a financial settlement. Constand filed a motion in 2015 to have Cosby’s deposition in the suit unsealed after he spoke out against the growing number of women accusing him of assault; she argued that Cosby himself had violated its non-disclosure agreement. The revelations within—including his admission that he knew Constand had swallowed enough Benadryl to put her to sleep and may not have been fully conscious when he claims she consented to sex—led the District Attorney in Montgomery County in Norristown, Penn. to reopen the investigation.

One of the marked features of Cosby’s trial, which played out in the media this week, is its reflection of the evolving understanding about sexual assault, and the nature of sexual consent specifically. Our culture’s understanding of consent is at a pivotal point. Activists, survivors and trauma counsellors have worked to advance the notion that affirmative consent (saying “yes” or indicating willingness through nods or gestures) is far more clear than simply the silent absence of a “no.” The trial put a spotlight on this because Cosby claims to have gotten consent for digitally penetrating Constand after giving her pills, yet the transcripts from his 2005 deposition show a man with a fuzzy understanding of consent. “And I don’t feel her say anything,” he said. “And so I continue and I go into the area that is somewhere between permission and rejection. I am not stopped.”

As is common in sexual assault trials, Constand’s character was under scrutiny (Cosby himself did not take the stand). It was revealed that she continued contact with the comedian after the alleged assault, including taking her parents to meet him at one of his performances. Questions about why a victim would continue contact also played an outsize role in the acquittal of former CBC radio host Jian Ghomeshi last year. It’s characterized as inconsistent behaviour, evidence that a victim’s victimhood is not immaculate. Rape is seen as such a horrendous crime (the popular image of it that still comes to mind is the faceless brute with a knife in an alley, not the trusted mentor with a Benadryl on the couch) that the only rational response a victim should have is to avoid her assailant immediately and press charges, also immediately. But that’s an outdated and simplistic understanding of assault victims’ psychology. Sexual assault is an incredibly ordinary experience, an act committed by friends and within marriages, and there is a growing understanding that the women and men who fall prey to it develop a diverse and complex array of strategies to deal with it. Those run the gamut from going straight to the police to attempting to “normalize” the situation, whether to avoid further violence from their abuser or to smooth things over to make it feel as if the unthinkable didn’t really happen.

Given the lack of hard definition around what constitutes consent—and thus, what constitutes negation of consent, or assault—our understanding of sex, agency and consent is evolving at light speed. Every new case in the public consciousness seems to trigger anew a whole raft of difficult questions. How should the “ideal” victim of assault behave? Which victims are believable and which aren’t? And even more basic issues: What does normal, consensual sex look like?

While many advocates for abuse survivors have lauded the slow move toward the affirmative consent standard on campuses and in some laws, others have criticized it, arguing that the requirement of continuous vocal or gestural consent would criminalize many people’s behaviour and be at odds with how real couples act in romantic situations—fumbling, unsure, spontaneous, shy. Others charge that this higher standard is the point, and will protect people who are unable to clearly say “No”—whether that is because they’re afraid, unconfident, ambivalent, or physically incapable of consenting. The legal change is just one step, they say; the other crucial step is teaching young people about affirmative and enthusiastic consent in schools.

Public, attention-grabbing sexual assault cases such as Commonwealth v. William Henry Cosby, Jr. can be difficult to take in, particularly for rape and abuse survivors. In many cases, they feel like a three-ring circus with no benefit to anyone but opinion columnists. They can occasionally lead to a shift in the public consciousness, however. Jian Ghomeshi’s acquittal for sexual assault last year sparked a widespread, cathartic conversation about how sexual assault is handled by the Canadian justice system, and moved many survivors to open up to family and friends about their experiences—often for the first time. And cultural shifts can, eventually, lead to legal ones.

Last week, we learned that the Ghomeshi case has possibly had its first effect on the Canadian justice system. Significant new legislation was introduced to expand the rape-shield law, further limiting intrusions into the sexual history of assault complainants. The proposed rules would mean texts, emails and video of a sexual nature belonging to the complainant would be treated the same way as other evidence of their sexual past, requiring a judge’s specific approval to be heard in open court. They would also mean personal diaries or letters in the defendant’s possession would be treated like records held by third parties such as psychiatrists—banned from use as evidence unless a judge agrees in a closed hearing.

Advocates hope these new rules, if passed, will help protect rape victims in court in the digital era and blunt some of the most devastating tools defence lawyers use to tear apart complainants’ characters. Many of these weapons are so effective because they exploit lingering prejudices about women’s sexual history and behaviour.

As we await a verdict in the Cosby case, we can be sure that its effects will reach beyond a star and his accuser. If Cosby is found guilty, it will mean many things to many people, but it will certainly mean that simply not being “stopped” is not a standard for sexual consent.

Sarah Barmak (@sarahbarmak) is a journalist and author based in Toronto. Her first book, Closer: Notes from the Orgasmic Frontier of Female Sexuality, was published by Coach House Books last year.