The Problem with Kid-free Condos | The Walrus
Skip to content 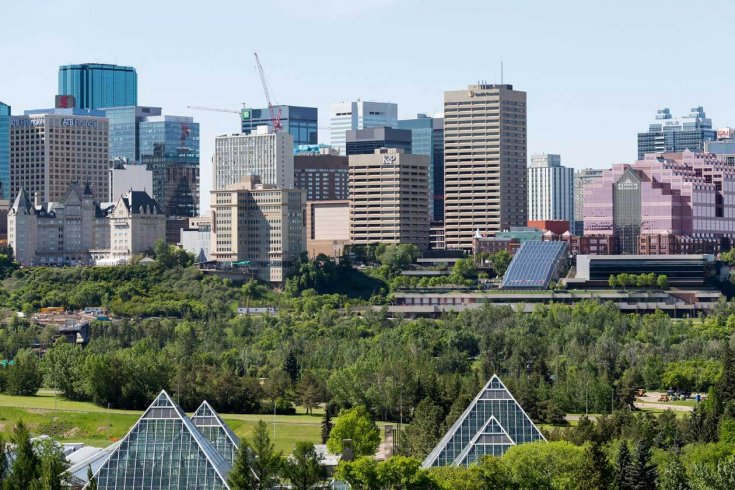 Jeff Behrens always needed help running errands. As a child growing up in the small town of Edson, Alberta, Behrens was diagnosed with retinitis pigmentosa, which has progressively taken his vision. He’s never been able to drive, and so completing most tasks outside the house was difficult. That changed six years ago, when Behrens and his wife, Chantelle, moved to an apartment in downtown Edmonton. Their new home was steps from an LRT station, a grocery store, and several shops, and Behrens could suddenly venture out by himself to buy essentials. He could even take solo transit trips to his job at the Alberta Legislature. Then, in 2014, Chantelle became pregnant, and Behrens shared the news with their building manager. The manager said that he and Chantelle needed to leave: the apartment had an adult-only bylaw, and management refused to sign a new lease.

Alberta is the only province that gives property managers and multi-unit housing developers the power to restrict residents under the age of 18 (though other provinces allow for some restrictions to create seniors-only buildings). In Edmonton, bylaws banning children are used extensively, especially in the few neighbourhoods that are dense and walkable. As a consequence, urban families and those expecting are often uprooted and forced out further from the core, or into car-dependent suburbs.

Behrens, Chantelle, and their children—a three-year-old and a newborn daughter—now live in an apartment several kilometres from downtown. Their home has few amenities nearby, and if the family needs so much as a litre of milk, Behrens isn’t able to pop out and buy it. “[At the former apartment] I was able to be a better dad, a better husband, to be more resourceful, to play my role. It’s not about convenience for me—it’s about necessity,” he says. “For a disabled person, when you find a technology, a lifestyle or a routine that empowers you, to take that away again is crippling.”

Behrens and Chantelle have not taken their eviction in stride. The couple has joined with hundreds of other families in an attempt to end Alberta’s childfree housing bylaws, which they say amount to age discrimination. But as the province is reviewing its legislation, Alberta’s developer lobby is pushing back in an attempt to keep the status quo.

In January 2017, an Alberta high court decision, trigged by a human rights challenge, made all age-based discrimination in the province illegal. The court then gave the Alberta government until next January to decide which discriminations it will uphold—such as barring those younger than 18 from drinking alcohol—and which it will restrict.

Most Canadian jurisdictions barred ageism in housing long ago. Ontario previously allowed condominium bylaws that restricted occupancy to those older than 16, but a court ruled that this contravened the provincial human rights code. The prospect of a similar decision in Alberta is not as straightforward—unlike other provinces, Alberta has a bill of rights for private property, and some legal experts contend that occupying property is a private arrangement between individuals, meaning its human rights codes may not apply.

One Edmonton developer who asked not to be named says that the kid-free condo and apartment rules have thrived in Alberta because the market demands it. The developer said that although they have not placed adult-only restrictions on their condos to date, they soon plan to, as downsizing Baby Boomers are willing to pay a premium in order to keep their buildings free of purportedly noisy children.

Anand Sharma, a member of the Canadian Condominium Institute’s Edmonton chapter, says that the organization wants to protect the ability to create seniors-only buildings in the province, and allowing children to be barred wholesale is an unfortunate side effect. “It’s a very sensitive issue and I know from my personal life, my friends view it as a human rights issue,” Sharma says. “But working in the industry and talking to people, the indication from everyone in the condo community is they believe age restrictions should be permitted.”

Many prospective tenants disagree. In 2016, a group of citizens came together to create the Child Friendly Housing Coalition of Alberta. The group now counts some 300 families as members, and has gained support from organizations including the Edmonton District School Board. In addition to lobbying the government, the group is crowdsourcing a map of all the adult-only buildings in Alberta in order to show how prevalent the problem is.

David Shepherd, a Member of the Legislative Assembly representing Edmonton, says the government has no data on how many buildings restrict children. However, he says that the bans are common enough that it was one of the first complaints he heard from constituents after he was elected in 2015. Shepherd notes that the age discrimination bylaws affect residents of all incomes levels—one constituent was a university professor who couldn’t find an apartment near campus because he had a son. “I recently attended the opening of a new family-friendly building whose manager told me they get multiple calls a day from parents and expecting couples, desperate to find a place downtown,” Shepherd says. “The manager herself used to work in real estate, so she knows how to search for a home. And even she wasn’t able to find a place downtown for her family when she moved from California two years ago.”

Age discrimination bylaws can be a specific problem for newcomers. Sandeep Agrawal, a professor of urban planning at the University of Alberta, says that census data states that nearly 80 percent of recent immigrant families in Canada have at least one child living at home, compared to just 60 percent of Canadian-born families. Edmonton and Calgary are among the top ten landing cities for new immigrants to Canada, and both cities are growing at twice the rate of the national average. In addition, the average detached home in Edmonton sells for about $440,000, and about $500,000 in Calgary—still relatively affordable compared to the madness of Toronto and Vancouver’s markets, but also well beyond the means of many newcomers.

This ethnic component to the children ban is something that Jeff Behrens says he’s noticed as well. Behrens says that the new, child-friendly building that his family lives in houses a large amount of first-generation immigrants who are visible minorities. The couple’s old building in the downtown core? “All white people.”

Some Edmonton residents with children have gone to extreme lengths to find a place to live. About five years ago, Caitlin McElhone and her partner were renting a unit in an adult-only condo. One day, when she was six-months pregnant (and had a noticeable baby bump), the condominium board president knocked at her door. “He basically said [the board had] been having some meetings about us,” she says. “They threatened to call the condo owner because we were breaking condo law, and said we had to get out.”

But McElhone was determined to stay in the neighbourhood—it is right downtown, and has walkable access to an LRT stop, grocery stores and parks. However, she soon discovered that nearly all buildings in the area also banned children, even though the neighbourhood has a school right in its centre. McElhone and her partner wrote fliers, pitching themselves as a young family in need of a break, and stuffed them in dozens of mailboxes in nearby condominiums, row houses, and apartments. An older couple soon called, and said that they were thinking of selling their row house. “I bought them flowers and wine. They got to know our story really well and they agreed to move,” McElhone says. “We literally signed the final paperwork the day before my son was born.”

McElhone has now lived in the same neighbourhood for 10 years, and has started to notice subtle changes. When she first arrived, she says, “there were almost no children, anywhere.” Now, the neighbourhood’s park is “packed” with children. “I hope it’s because buildings are becoming a bit more lax,” she says. But until Alberta outlaws age discrimination in housing, those with children have little guarantee that their right to choose a home is not artificially limited.

Tim Querengesser is an award-winning journalist based in Edmonton, Alberta. His writing has appeared in CityLab, The Globe and Mail, and Up Here, among others.