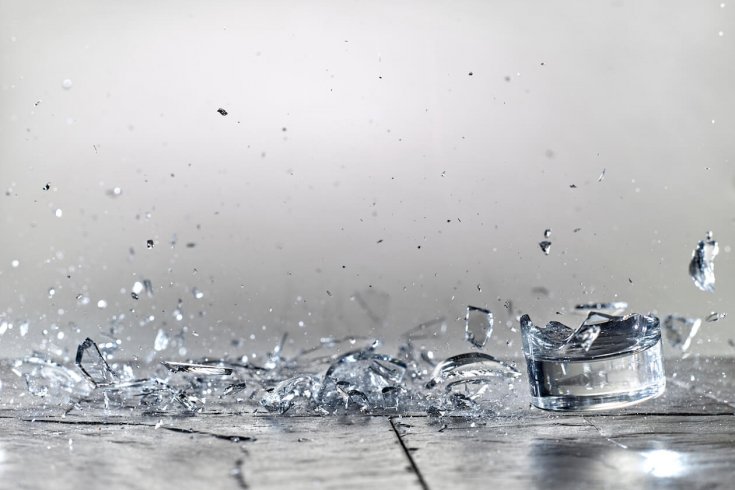 In Heart Berries, author Terese Marie Mailhot’s unravelling is rooted in a look. The moment happens not long after Mailhot orders breakfast while out with her boyfriend, Casey. When the food arrives, she discovers that the server has forgotten the toast. Mailhot complains, but by the time she receives her bread, her whole meal is cold. Mailhot then describes how, because of this oversight, she had tears in her eyes. That’s when Casey gives her a look. “I usually don’t care about that look. What right does a man have to look at me like that?” Mailhot writes. “I think it’s justifiable to hurt someone when they look at you like that.” The wordless exchange sparks a fight between Mailhot and Casey that lasts for hours.

Mailhot’s memoir, which spans her youth and early adulthood, is written as an epistle to Casey, her once-professor, then-partner, now-husband. In it, she writes about her difficult childhood, her hospitalization, and her subsequent diagnosis of bipolar disorder and post-traumatic stress disorder. In an interview with NPR, Mailhot explained that the impetus for the book was to try to make Casey “understand my experiences as an Indigenous woman, and that I might appear crazy to him, but I’m not crazy. There’s a lot of things that I felt like I had to validate to him, and by the end of it, I realized it’s not really about him at all.”

To appear “crazy” has various iterations. For women, the label can be used if they cry at a seeming whim, have suicidal ideation, are jealous—or, sometimes, when they do nothing more than forcefully stand up for themselves. “You were upset that I was weak minded. I was dramatic and unhinged. I couldn’t placate,” Mailhot cites—all iterations of “crazy.”

Mailhot begins her memoir with a confession: she lost custody of her first son just after she gave birth to her second child. The trauma of this sets the tone for the rest of the book, and what follows includes sexual abuse, neglect, and Mailhot’s experience of intergenerational trauma (her grandmother was a survivor of Canada’s residential school system).

All of these elements are wrapped up in Mailhot’s reaction to both the forgotten toast and Casey’s ensuing look. Mailhot doesn’t explain to her partner in the moment why the event is so hurtful, but she explains it in the letter to him that is Heart Berries. “I didn’t say that my mother had spent her life waiting for service,” she writes. “White women didn’t greet her or consider our time . . . sometimes men heckled me . . . . If I told you that, I would also need to stop and note the significance of so many things.”

Heart Berries, then, is Mailhot’s attempt to stop and note the significance of many moments in her life, to get to a point where she no longer has to defend herself from being dismissed as crazy.

Our public conversations around trauma, and its effects, often begin and end with the physical or emotional act of abuse. Narratives that recount trauma often follow a simple structure of cause and effect: This happened to me; it was bad; my abuser should be held accountable. Trauma narratives, seen in such memoirs as Jeannette Walls’s The Glass Castle, tend to explicitly recount the author’s victimhood and then work towards a tidy conclusion of justice or forgiveness. Books such as these exclude a reality that sometimes acting out in the aftermath of abuse is expected, and it can look a lot like being crazy.

Heart Berries, however, subverts the expected tropes from the beginning. Most of the abuse Mailhot suffers happens off to the side—alluded to and lurking under each sentence. In one passage, Mailhot simply writes, “Coffee cups run cold when I remember my father. Sometimes my hands shake.” By avoiding specifics, she makes it impossible to be a voyeur, to guiltily enjoy another’s pain. Instead, she shows the reader the depth and complexity of her pain. She also reflects on how trauma—namely, violence—can be passed on to others. “While I cried—while you drove—I punched you,” Mailhot describes in one scene. “You didn’t swerve, but you held your eye with one hand. I cried over your reprimands. I cried over your shock, for hours, until we arrived at the hotel . . . . It was then I realized I was partly my father. I hurt you because I felt justified.” Mailhot’s realization that one’s actions can align with the person who abused her is brutal in its honesty, providing an unsettling, and rare, window into what the aftershocks of abuse can look and feel like.

Mailhot’s text also rejects the sanitized chronology that readers of trauma memoirs may be used to, instead presenting a narrative in which the form mirrors the content. The story jumps back and forth repeatedly among recollections of the author’s childhood at the Seabird Island Indian Reserve in British Columbia, her experiences in graduate school, and the time she spent in a psychiatric ward. Even the writing style is jolting—periods are opted for in lieu of commas, jolting the reader and disallowing comfort. And though the book is written as a letter to Casey, the constant “you” implicates the reader as well. Mailhot is pointing her finger at him, and at us—especially white readers—for not comprehending the ferocity of her pain.

“In white culture, forgiveness is synonymous with letting go,” she writes. “In my culture, I believe we carry pain until we can reconcile with it through ceremony. Pain is not framed like a problem with a solution. I don’t even know that white people see transcendence the way we do. I’m not sure their dichotomies apply to me.” Indeed, throughout Heart Berries Mailhot rejects dichotomies. Each person in the book acts reprehensibly on some occasions, while at other times they elicit compassion. And unlike the many memoirs that simply recount a life of being traumatized, Mailhot does not exclude her own agency in this sometimes-unflattering portrait. In doing so, Mailhot forfeits tidy identities, and a tidy conclusion, in place of truthful ones.

Women who act out in response to abuse have long been dismissed as crazy. Perhaps it is the fear of being so branded that has created a genre of memoir that omits the often-messy details of the aftermath of abuse. That’s not surprising, as the high stakes of being believed—the pressure to be a “good victim”—disallow for much leeway in a narrative. Real life is not so neat.

In Heroines, author Kate Zambreno interposes her own life between those of the wives and mistresses of twentieth-century modernist writers. The overarching theme of the book echoes a quote by R. D. Laing: “To invalidate can stir one to violence.” Zambreno describes how Vivienne Eliot, T. S. Eliot’s wife, once famously threw her nightdress out a window in frustration. Zambreno also speaks of her own experience in a tumultuous relationship: “[W]hen I spit, bit, back, that served as your excuse. My violence you instigated allowed you to distance yourself.”

This idea that invalidation begets violence is also present in Heart Berries. After spending time in a psychiatric ward following an initial breakup with Casey, Mailhot returns home and she and Casey get back together. Mailhot then discovers that he has been flirting with another woman, that the two have been cuddling (but only as friends! Casey says). Mailhot writes of the aftermath of this discovery:

I broke every glass. I broke windows. I threw out your possessions. You didn’t apologize. You explained what a friendship is. You explained that, while she asked to cuddle you, you didn’t proposition her.

The physical display of private pain often happens, as Simone de Beauvoir notes in The Second Sex, as “an empty revolt.” “The boy can become a subject, the girl knows she cannot, she is just doomed to throw things in rage,” writes de Beauvoir. She concludes that these outbursts happen in vain—that instead of reducing powerlessness, they only serve to restrict the woman more. In Heart Berries, de Beauvoir’s conclusion seems to hold up: after this event, Mailhot finds herself trying to explain her reaction to Casey, and trying to salvage their relationship. “I’m carrying a child by a man who abandoned me for being too emotional and then got me pregnant. My emotions are unreasonable, you say,” she writes.

By the end of the book, however, it becomes clear to readers that Mailhot’s emotions are, in fact, very reasonable, given her experiences. And she tries to make clear to Casey that he, too, has played a role in her breakdowns. He refuses to commit to Mailhot and yet continues to sleep with her; he lies about other women to the point of gaslighting her. As she writes early on: “Feel culpable in my insanity because you are partly to blame.”

Heart Berries shows that there’s often reason behind so-called crazy behaviour—in Mailhot’s case, it is rooted in both her present situation and her past traumas. Her emotional and unpredictable modes of reacting to them are certainly more common than traditional trauma narratives would have readers believe.

Near the end of Heart Berries, Mailhot once again focuses on a look that Casey gives her. “You have made me feel sick of myself. I killed a ladybug when we were walking, and you looked at me like I was wild,” she writes. “I don’t think you know how poor I used to be—that my house was infested with ladybugs for so long. My brother and I went mad when they wouldn’t stop biting.”

I think we often look at people the way Casey looks at Mailhot. It may not manifest itself in an actual look, but the core judgement is still there. Heart Berries, therefore, is about more than a singular experience. It’s a reminder that trauma is never a passive transaction; nor is it a past transgression. We can be quick to slap a person with a convenient label—“crazy” or otherwise—but there is much in her or his life that we simply have not seen. Heart Berries reclaims a narrative not only for Mailhot, but for anyone who’s been written off as crazy; it’s a companion for those who know all too well the looks that Mailhot reflects on with her own unstinting gaze.