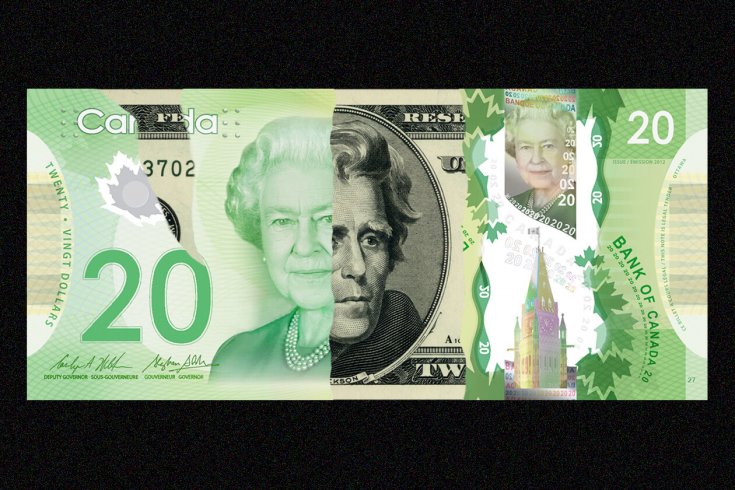 Like many smaller countries, Canada is a trading nation, meaning its economic prosperity relies on international markets. This fundamental reality speaks to why Canadians should be unnerved by the recent spectacle of Donald Trump’s threats to erect a tariff wall on imports of Canadian-made steel, aluminum, and auto parts.

It should be lost on no Canadian that exports to the United States alone are equal to fully one-fifth of our approximately $2.2 trillion in annual GDP. What’s more, a hefty chunk of that sum originates in Ontario’s manufacturing heartland, especially the automotive industry, as well as in Alberta’s oil patch. According to a TD Bank report issued June 18, Trump’s threatened 25 percent tariff on auto imports alone could shrink Ontario’s growth by up to 2 percent and threaten a fifth of the province’s manufacturing jobs. That’s how exposed Canada is.

Now imagine what would befall Canada’s economy—and, along with it, the country’s public services—if the torrent of trade revenue from the US slows to a trickle. Trump’s bellicose rhetoric after the G7 summit offers a stark reminder that Canada, despite its culture of prudence, has pursued a risky path when it comes to trade. We’ve tethered our quality of life to the whims of one large and apparently mercurial customer. And now we may have to face the consequences.

For generations, a combination of geography and convenience has helped foster Canada’s deep reliance on trade with the US. In the 1950s, economic nationalists began bemoaning Canada’s resource-dependent branch-plant economy. In response, Lester B. Pearson’s Liberal government negotiated a trade arrangement designed to boost Canada’s struggling automotive industry; the deal turned out to be a huge boon for Ontario in particular. But an unfortunate side effect of the Canada-US Auto Pact was that it gave Canada all the more incentive to focus its trade south of the border. In the decades that have followed, our dependence on the US has become noticeably more pronounced, particularly since the Canada-US Free Trade Agreement in 1989 and its successor, the North American Free Trade Agreement, in 1994.

For ordinary Canadians, the events of the past two weeks should feel like an ice-water wake-up call. After all, those huge US export numbers are linked to nearly 2 million Canadian jobs, and such exports also ensure the profitability of countless businesses. “This is a potential fork in the road for the country,” says retired BlackBerry co-CEO Jim Balsillie, a critic of Canada’s economic-prosperity strategies. “We have to ask ourselves, Are we as autonomous as we need to be? It could be an awakening moment.”

While Justin Trudeau has enjoyed a bump in approval ratings for defending Canada’s trading relationships, it was Stephen Harper who pushed hardest to develop trade beyond North America, thereby reducing our reliance on a single export market. If Jean Chrétien loved flashy team Canada trade missions, Harper, starting in the late 2000s, instructed his officials to move swiftly to negotiate trade agreements with countries all around the world. His government consummated deals with several smaller nations, such as Colombia and Peru; sought to normalize a long-strained relationship with India; and set in motion the negotiations that culminated in the Canada-European Union Comprehensive Economic and Trade Agreement (CETA).

The Conservatives worked hard to promote trade; indeed, at times it almost felt like helicopter parenting for prospective exporters. In 2009, following the nadir of the credit-crisis recession, the Harper government spun a record decline in trade with the US as good news for diversification, encouraging Canadian firms to look elsewhere (that decline promptly began to reverse itself as the US economy bounced back).

Then a 2012 study for Global Affairs Canada identified nineteen “next generation” trading partners with a “sweet spot” for countries with both high potential growth and high potential for Canadian business. Harper’s officials also published a vaguely shaming research document showing how, by comparison to many other nations, Canada seriously lagged in terms of the percentage of our merchandise trade with developing countries covered by trade agreements. (At the time, Canada had a total of ten trade agreements, compared to seventy for EU member states).

While the Liberals signed CETA in 2016 and the Comprehensive and Progressive Agreement for Trans-Pacific Partnership this year, our dependency on the US is as intense as it’s ever been. According to Statistics Canada, Canada’s 2016 merchandise exports to the EU and China combined—regions with a population of 1.9 billion people—add up to just 16.4 percent of what we sell in the US.

The shame of it all is that while Harper’s determined, multi-front trade campaign (which has been taken up by the Liberals) was absolutely necessary for diversifying our export base, it simply hasn’t been sufficient. Apparently, you can lead a (Canadian) horse to international markets, but you can’t make it sell.

There’s considerable irony about this somewhat self-inflicted crisis. If you own even a modest investment portfolio—some mutual funds socked away for retirement—you’ve likely heard that a diversified strategy is the safest way to go. Don’t bet the farm on one sure-fire stock! The people who manage giant pools of pension savings take a similar view. And if you run a business or a charity, you probably spend a good deal of time fretting about not becoming overly dependent on a small number of customers or contributors. The old saw about not putting all the eggs in one basket is deeply woven into the fabric of our economic lives.

And yet, as a country, we’ve done exactly that with our economic future. What’s more, Canada’s reliance on exports to a single market makes us quite unique among G7 nations—though not at all in a positive way.

Economists and policy makers use a metric called the Herfindahl-Hirschman index (HHI) to gauge the degree of concentration of a country’s exports. The index is named for a pair of economists who, in the 1940s and 1950s, independently concocted formulas for measuring market concentration. Since 1982, their formula has been used by the US Department of Justice in all antitrust cases, when it’s important for regulators to calculate a large company’s degree of dominance over its rivals. But their index is also an extremely useful way of pinning a number to the elusive question of when a country has too many eggs in that proverbial basket.

The HHI measures international trade concentration using a complex economic formula: the higher the resulting percentage, the greater a country’s dependency on a single market (or product). The majority of developed economies—including the US and most European Union countries—scored below 10 percent in 2015, which is considered to be a healthy level.

Canada and Mexico, however, hover in the 50 to 60 percent range. According to World Bank data for 2015, the only other country with a higher HHI than that is Mongolia. Last year, StatsCan dutifully published a fact sheet detailing the concentration of our exports, which does cite our HHI score, albeit somewhat shorn of context. While it does mention that Canada is the least diversified among G7 nations, the document conveniently neglects to show how we rank globally—hardly surprising, given that these comparisons verge on the absurd for a country that claims to be one of the world’s wealthiest nations.

Trump’s threats revealed the extent of the risk of overreliance, but we can’t just blame him, even if he makes an excellent villain in this particular narrative. Trade experts can serve up a list of other culprits. Walid Hejazi, a professor of economic analysis and policy at the University of Toronto’s Rotman School of Management, itemizes various factors that serve to discourage Canadian exporters, including everything from excessive red tape and protectionism for Canadian telecom firms to overreaching federal aviation regulations that make it expensive and difficult for business people to travel directly to potential markets in the Middle East.

Balsillie, for his part, adds that while twenty-first-century wealth is being built on the ownership of valuable intellectual property and data, Canada lacks a robust and intentional strategy for ensuring that all the world-beating innovation and discovery generated in Canadian university research labs doesn’t just get scooped up by foreign firms. Citing yet another depressing international ranking, Balsillie says that, from 2015 to 2016, Canada saw the largest percentage drop among G7 nations in patents registered with the World Intellectual Property Organization, a measure which is used to show how different countries do when it comes to exploiting their own inventions.

He also says that it’s misleading for Canadians to think that large dollar volumes of exports necessarily indicate healthy trade relationships. Selling $1 of lentils to customers in India yields only a few cents of profit, whereas $1 generated by the sale of a highly engineered piece of technology includes plenty of margin that can be reinvested in other wealth-generating activities. Balsillie’s point is that it’s misleading to assert equivalence when we sell wheat or beef abroad but import software, drugs, and sophisticated machinery. “In trade, a dollar is not a dollar.”

Hejazi, however, stresses that government isn’t entirely to blame, and accuses Canadian firms, especially those in large and protected sectors, of taking the path of least resistance, which is to say, they head south. “Canadian companies,” he says, “are not networked enough into the global economy”—a surprising result, given our demographics, but one supported by Hejazi’s research. Hejazi wants the government make it way easier for Canadian firms to export overseas, but he adds that Canadian banks and telecom giants must also do their part by making their services more competitive and user friendly for firms looking beyond North America for business.

In the past week or so, both Hejazi and Balsillie have asked themselves whether Trump’s threats during and after the G7 will turn out to be a bell-ringer moment. “Most people don’t think this is really going to happen,” Hejazi muses. “I’m not optimistic, because I still think Canadians are complacent.”