Why Environmental Consultations Don’t Work | The Walrus
Skip to content 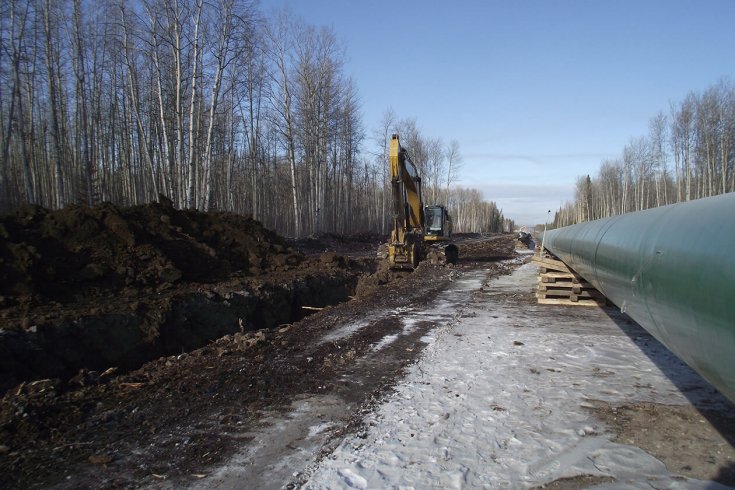 Last June, the National Energy Board announced a federal review of Energy East, the $16 billion pipeline project that will transport crude oil 4,500 kilometres across the country, pending regulatory approval. At the time, Jean-Denis Charlebois, director of the NEB, called the review “one of the most innovative” consultations in Canadian history, specifying that “all Canadians who wish to take part . . . will be heard.” Yet the proposed twenty-one-month-long process basically follows usual practice—that is, it invites those anticipating either positive or negative effects from the pipeline project to present to a government-appointed panel, which will subsequently make a recommendation to Ottawa.

Any federal evaluation of a major infrastructure proposal features this kind of consultation. It’s the logical next step for Energy East, which has been in the works for years. The process requires the time, energy, and commitment of thousands of citizens; hundreds of research scientists; and a small army of lawyers, consultants, and NGOs—all of whom hope their contributions will help shape important decisions. The assumption that “more is better” often leads to the hiring of myriad staff, consultants, and facilitators, and the collection of massive amounts of information (some useful, some less so). In short, an environmental consultation in Canada is a lengthy and expensive process.

Spending a reasonable amount of time and money to determine whether a project is in Canada’s best interest and has public support is a worthy investment. But experience suggests it would be a mistake to view our current form of environmental consultations as a meaningful path to decision-making; in fact, it falls well short of Canada’s stated goal of responsive, informed, and transparent reviews. Rather counter-intuitively, today’s focus on inclusivity means that participants can’t articulate their concerns, experts fail to clarify relevant facts, and decision-makers find it difficult to integrate diverse testimonies into their conclusions.

Because so many are invited to participate, the involvement of each person, group, or community is limited to a single identified interest (such as Indigenous, environmental, or local business) with few options for delivery: speaking before a panel for ten or fifteen minutes, submitting a short written statement, or responding to a brief questionnaire. Too often, these constraints force contributors to be one-dimensional and to include only a fraction of their nuanced opinions and knowledge. The hearing loses its ability to foster dialogue; instead, it encourages an adversarial process, one that allows little time for making sense of what has been said.

It should not be surprising that participants have frequently been disappointed by this flawed procedure—to the point that those who oppose a certain project might not bother joining consultations in the first place. Already, environmental consultations in Canada have come under fire for producing more frustration than clarity. Last June, the Federal Court of Appeal overturned approval of Enbridge’s controversial Northern Gateway pipeline after finding that “Canada offered only a brief, hurried and inadequate opportunity . . . to exchange and discuss information and dialogue.” A few months later, when hearings began for Energy East, several First Nations held protests outside and sought to interrupt the public meetings. People complained that the schedule didn’t allow for proper conversation and that the NEB offered insufficient funding for independent research and fact checking.

Citizens participating in federal reviews are expected to trust the decisions of government experts, who typically deliberate behind closed doors for several months before announcing their conclusions. It’s left to these experts to prioritize stakeholders’ concerns, distinguish accurate from misleading information, and make sense of the tough compromises that led to hearings in the first place. It’s a paternalistic model—one based on the assumption that making important decisions is difficult, and the public can’t be expected to do so.

Yet other governments have allowed for processes that recognize that, with sufficient time and support, citizens are fully capable of understanding difficult issues—and that they deserve a far bigger piece of the action. In the United Kingdom, for example, a successful national consultation about energy systems set aside the “invite everyone to talk” model and, instead, employed three approaches: individual interviews, representative small-group discussions, and in-depth national surveys. In British Columbia, consultations to review the operation of major hydroelectric facilities have invited the input of citizens, First Nations, and technical experts through in-depth deliberations with small, representative groups.

Despite these examples, the NEB’s “innovative” approach for Energy East is still rooted in the assumption that a higher number of participants or greater volumes of information will lead to a better, more robust decision. Canada’s large-project consultations could be greatly improved were other criteria prioritized instead: Does the consultation process encourage citizens, groups, and communities to articulate their concerns? Does it recognize both emotions and slower, more rational responses? Does it ask tough questions of qualified experts? Does it have the ability to address, and perhaps resolve, disagreements among participants?

The bottom line is that, in every consultation, government officials make a promise to citizens: If you put in the effort to tell us what you think, we will put in the effort to listen. In theory, it’s a well-meaning, widely appreciated enterprise. But in action, the promised transparency and responsiveness of consultations dissolves in a string of broken promises. To do better is not difficult, and alternative models exist that can lead to more informed public choices, less controversy, and a reduced reliance on expensive legal interventions. But first, we must agree that the current approach to federal consultations is flawed—perhaps deliberately so. Admitting this will not be easy when the majority of government officials continue to congratulate themselves on hearing from so many people over such a long, expensive, and tiring process.

Note: this submission is based in part on an article written by the author, “The Troubling Logic of Inclusivity,” published in 2016 in the journal Science, Technology, and Human Values (Vol. 42, pp 144-165).

Robin Gregory (Robin Gregory) is senior research scientist with Decision Research and an adjunct professor at the University of British Columbia.