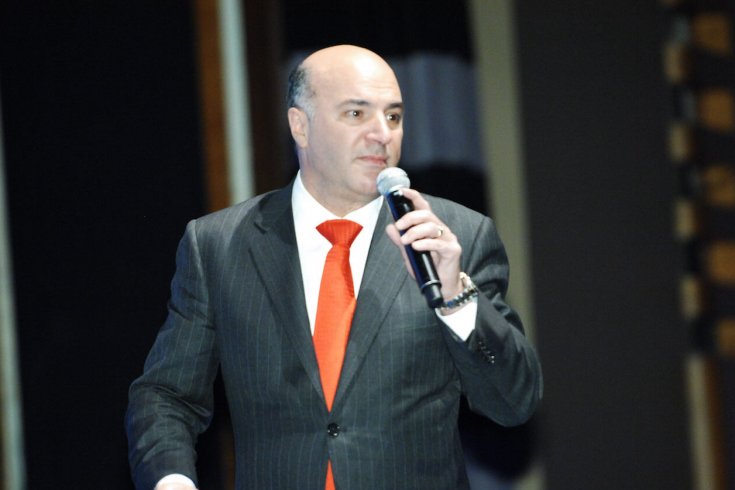 Normally when a prominent actor arrives on stage mid-act clearing his throat, he gets a monologue or a sword fight. But Kevin O’Leary—who dropped out of the Conservative leadership race yesterday—never really got his scene, even if he attracted a lot of audience attention. He strutted and fretted his hour but then shambled off having failed to advance the plot.

I wish O’Leary no ill will. We work for the same media company, and I happen to have enjoyed the few personal encounters we’ve had. But I do wonder if our last conversation might have helped push him off the stage.

O’Leary declared his candidacy on Facebook Live in mid-January, and then confidently strode into my Toronto studio for his first post-announcement radio interview. The Dragon’s Den star is a savvy media provider, and he’s used to media appearances going his way. But our encounter proved problematic for him.

“You’re a Canadian citizen but where do you live?”

“I live in Toronto.”

“For how much time of the year?”

“Enough to pay all of my taxes here to [Ontario Premier] Kathleen Wynne.”

It was the kind of clever table-turning that wins a pass—diverting my conservative listeners’ attention back to their hate-on for taxes and Ontario’s Liberals (although later that same day, it would turn out that he still listed Boston as his city of residence on his LinkedIn account). He then went on a tear about taxes, vowing to make dramatic cuts, including scrapping the Liberals’ carbon tax.

Then I asked him where he planned to make up the revenues. Mid-response, he switched to French, saying, “Il existe en fait trois langues officielles au Canada: l’anglais, le français, et la langue des emplois.” (There exist in Canada three official languages: English, French, and the language of jobs.)

I looked down from his eyes and noted that he was reading this statement from a written sheet of paper he’d just pulled out, like an ill-prepared bar-mitzvah boy making out the sounds from a Hebrew-to-English transliteration. He mangled “emplois” so badly I didn’t understand what he had said; he pronounced it ohm-pleuh.

As a bilingual Quebecker, I was less than impressed. But since he was the one who’d switched to French first, I felt like that gave me licence to respond in kind. “C’est bien evident que vous avez la capacité de parler en français . . . sauf que vous avez lu ça.” (It’s clear you have the ability to speak French . . . but you read that.”)

I won’t say that O’Leary blanched. He’s spent too much time tangling with pundits and would-be entrepreneurs on reality television shows. But there was something in his eye that told me he had no idea what I’d just said.

I am a fair man. I don’t do gotcha. So I offered an immediate translation and he gamely continued: “Every day I go into [French] immersion, and I’m learning. And I’m also speaking to people in French, in business. I am trying to show I have respect for the language.”

But French did turn out to be an issue. He dodged the first French-language debate by making his launch announcement the morning after. He spoke French on a few occasions during the campaign, but always with carefully prepared notes. When he pulled out this week, he acknowledged that his lack of facility was a factor. In a televised leaders debate, he might have been able to mock Justin Trudeau as a “surfer boy,” but Trudeau would have pulled the same trick I did—unleashing a torrent of conversational Québécois that would leave him looking lost. And O’Leary doesn’t do lost.

Even as he pulls the ripcord on his brief political career, it’s important to note that at the very least O’Leary does not live up to the common slur that he was Canada’s Donald Trump. He’s a much more sophisticated figure. Although several investigative reports, including a notorious takedown in The Globe and Mail, have established that his success as a businessman is exaggerated, that’s pretty much where the comparisons end. In private conversation, he is intelligent and moderate. He listens. He likes the CBC. He plays squash. He won’t admit it outright, but his TV personality is a stage personality—and it seems at times he simply doesn’t have the energy to maintain it when the red light goes off.

More important than whether or not O’Leary can be compared to Trump is whether Canada’s political character and climate can be compared to that of the United States. I would argue no. As a talk radio host, I can tell you that when people say things that aren’t true in Canadian media, they get called on it. When O’Leary tried to Trump-roll his sad-sack opponents for the federal Conservative leadership, the base didn’t lap it up. They rolled their eyes. Lines that would be zingers south of the border went off like wet firecrackers in a country where people let one another finish their sentences.

O’Leary dropped out of the race Wednesday because the talk-radio sensibility of being angry about everything all the time just doesn’t resonate in Canada. We may have a prime minister whom many Conservatives consider a glorified reality-show contestant. But the least that can be said for Justin Trudeau is that he knows how to stay in character.