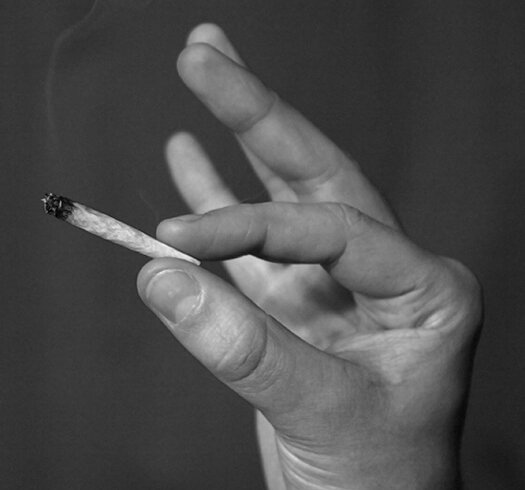 The media usually is always quick to jump hard on any politician who says something ignorant or conspiratorial about vaccines, fluoride, or other public-health issues. And so I remain confused as to why Stephen Harper has not been forced to walk back his bizarre claim that marijuana is “infinitely worse” than tobacco. Lest you think I am mangling his words or taking our prime minister out of context, here is the full quote: “Tobacco is a product that does a lot of damage. Marijuana is infinitely worse and it’s something that we do not want to encourage.”

Given that tobacco kills approximately 37,000 Canadians every year while marijuana kills about zero, Harper’s statement would be defensible only if it were inverted. Our PM’s suggestion that the quotient of zero divided by 37,000 is “infinite,” is not just wrong by a geometric factor of mere infinity—but rather the Buzz-Lightyearian geometric factor of infinity squared.

The clear corollary of Harper’s comment is that tobacco is totally harmless. (If the risk of tobacco weren’t zero, then how could any other risk be “infinitely” greater?) Effectively, the Conservatives are telling the country’s nicotine addicts: “Smoke ’em if you got ’em.”

This week, the Tory reefer weirdness continued when Canadians learned that Harper has been targeting ethnic voters with ads in Chinese and Punjabi newspapers suggesting that a Trudeau-run country would be an anything-goes dystopia of brothels and drug-addicted children. According to a National Post analysis, some of the claims seem to be flat-out dishonest. But it’s the fear mongering tone, more than the actual facts, that is the key to any social-panic-driven negative ad campaign. Although I don’t speak either language of the ads, I strongly suspect the writers did their best to channel the tone of Harry J. Anslinger, perhaps warning about pot’s role as a gateway drug to jazz music and Mexican food.

Needless to say, Harper is perfectly free to campaign as the candidate from 1940 (which may have been the last time that people truly did believe that cigarettes were harmless). But even his die-hard supporters must be asking: Shouldn’t this mean steering clear of political allies who are prominently on record as drug users?

This Saturday, Harper will appear at a Toronto rally with disgraced former mayor (and sitting councillor) Rob Ford, hoping to capitalize on the stubborn remnants of the city’s “Ford Nation” movement. Awkwardly, the appearance will closely follow this week’s publication of an explosive excerpt from a new book by Ford’s former chief of staff, Mark Towhey—who manages the once-thought-impossible task of making Ford seem even more of a dysfunctional substance abuser than previously believed.

The excerpt, published on the web site of Maclean’s, delivers a play-by-play of a lengthy June, 2012, phone call from Ford to Towhey, which unfolded as Ford and his wife engage in a tempestuous wee-hours domestic dispute. Much of the narrative is impossible to understand, not only because Ford and his wife seem whacked out of their mind, but because Maclean’s blotted out the most legally sensitive material. Suffice it to say, however, that the Ford house apparently contains a gun, as well as large amounts of cash hidden in secret places. Horrifyingly, it also contains small children, one of whom makes a piteous entrance as the domestic voice of sanity. One can only wonder why child services hasn’t come to remove these kids from this nightmare.

And by “nightmare,” I mean the home of Rob Ford. The same Rob Ford who will appear with tough-on-crime Stephen Harper on Saturday, telling all their mutual tough-on-crime supporters about how important it is to defeat Justin Trudeau (a man who, it bears remembering, has a lifelong reputation among his peers as an annoyingly clean-living prude). If ever there was a better microcosm of the abject hypocrisy that informs the hard-ass, war-on-drugs mentality among right-leaning politicians, I am yet to see it.