What’s Holding Back the East Coast Music Scene? | The Walrus
Skip to content 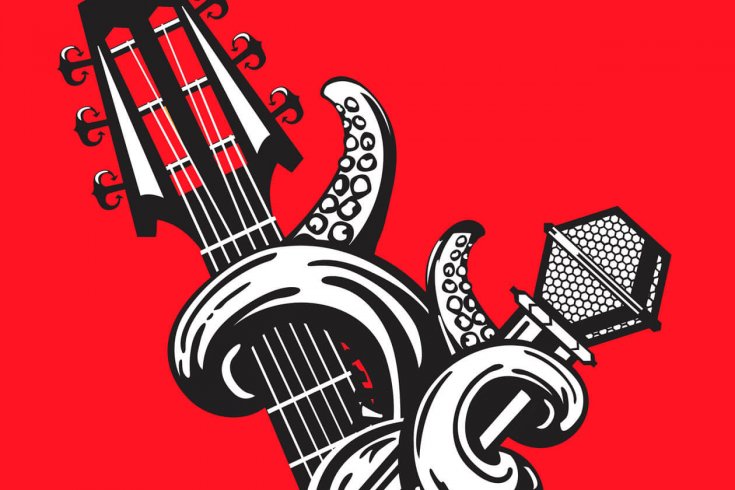 This week, the Polaris Music Prize announces its annual ten-album shortlist—the result of two rounds of voting by nearly 200 music critics, journalists, and programmers across the country to identify Canada’s best album from the past year, regardless of genre or commercial success.

We don’t yet know which album will claim this year’s prize—that won’t be decided until September—but we know at least one thing about the winner: it won’t be from Atlantic Canada.

That’s because no East Coast albums made the Polaris jury’s forty-album longlist, announced last month. That fact comes with two small asterisks: Acadian singer-songwriter Lisa LeBlanc is originally from New Brunswick but no longer lives there, and all three members of indie rock supergroup TUNS have been Haligonians at some point. But, ultimately, this year’s long list includes no albums from artists primarily based east of Quebec—not even acclaimed new records from past longlisters like Jenn Grant and Amelia Curran.

I’ve voted for the Polaris Prize since 2011, serving on the award’s grand jury in 2013, and I’ve seen some of the work Polaris does to try and make sure all albums have a shot regardless of where they’re from (such as its message board to share recommendations among jurors, and efforts to recruit jurors from underrepresented groups). And while Atlantic Canada’s sixteen jurors may not seem like much, our percentage of the overall Polaris pool (about 8 percent) is higher than Atlantic Canada’s population relative to Canada’s—certainly higher, I’d wager, than our percentage of Canadian music professionals.

But sixteen voters can only do so much to push Atlantic Canadian albums onto the Polaris list, even if we only voted for East Coast artists (which, speaking for myself and based on my conversations with other jurors, is rarely the case). For an Atlantic Canadian album to succeed in the Polaris process, it almost certainly needs support from jurors elsewhere. And, going by recent results, that support seems harder to come by: at most, only one or two East Coast albums sneak their way onto the longlist each year.

This isn’t just an Atlantic Canadian problem; as Maclean’s longlist-by-the-numbers coverage makes abundantly clear, Polaris lists offer slim pickings for albums not from the Montreal-to-GTA corridor or Vancouver. But the total absence of Atlantic Canadian albums this year makes it worth considering the state of music on Canada’s East Coast—and whether its struggles to reach Polaris’ voters reflect broader trends.

In speaking with a handful of individuals who work in Atlantic Canada’s music industry, the story that emerges is an old one with new twists.

The old side of the story features familiar villains: geography and population. With apologies to our region’s natural beauty, the fact that Atlantic Canada covers a wide amount of space with not that many people in it is a big problem from a music perspective. If you’re based in Halifax, it’s a ten-to-twelve-hour drive to Quebec City or Montreal, and en route you’ll pass no urban centres of 100,000 people or more. And that’s to say nothing of Newfoundland and the unique challenges its artists face in hitting the road. If touring Canada is hard, touring Atlantic Canada—or getting past it to tour elsewhere—is even harder.

“People rely on that cultural cachet that comes from a band that tours, or that plays major festivals,” says Stephanie Johns, arts and culture editor for Halifax’s weekly The Coast, a Polaris voter, and member of local bands Not You and Moon. “It’s a signifier that you’ve bumped up to a different level. It would be nothing if you were living in Montreal or Hamilton or wherever to go and play festivals like Pop Montreal or CMW [Canadian Music Week]. It’s just a different story here.”

But geography has always been an obstacle for East Coast artists—one you might expect modern technology to have helped solve. True, digital recording has made made it easier than ever to make music, and digital distribution has made it simple (and cheap) to make it available to anyone, anywhere. But those digital sea changes have also swept through the infrastructure (labels, publicists, managers, agents, journalists) that helps connect people with that music, and dramatically changed how to earn revenue from it (if you can at all).

“[I]t’s very difficult for any artist to maintain a sustainable career in 2017,” says Sheri Jones, whose firm Jones & Co. has a twenty-five-year history managing the likes of Joel Plaskett, David Myles, Gordie Sampson, and Mo Kenney. “Nobody buys music anymore. Streaming just doesn’t cover even the cost of recording for the emerging or mid level artist, and it’s tougher every day to get people to buy tickets to shows.”

And because the digital age makes recorded music so abundant in spite of all that, it’s harder than ever to break through the clutter to reach people’s ears—be they a Polaris juror, a prospective label, or a potential fan.

“Trying to carve out space for someone to listen to a record they’ve never heard becomes a lot more difficult,” says Trevor Murphy, who works for Halifax-based publicity company Pigeon Row. “When it comes to criticism or coverage or the industry, it’s still predominately an in-person thing.”

It’s no secret that most of the Canadian music industry is based in just a handful of major cities. But it’s worth noting just how large the deficit is in places like Atlantic Canada. A new report commissioned by the East Coast Music Association, titled Striking a New A-Chord, found an “alarming” lack of industry infrastructure in the region. Those who do such roles are beyond capacity, and there are major gaps looming when existing professionals (like Jones) eventually retire. Additionally, many in those roles wear multiple hats. Murphy is a case-in-point: he’s also an artist (fronting the folk-rock outfit Quiet Parade), a label manager (Acadian Embassy), and radio host (local music show “Halifax is Burning” on college station CKDU FM).

Kyle Cunjak is in the same boat. He runs Forward Music Group, an artist management and record label, while also performing with acts like David Myles and indie folk trio Olympic Symphonium.

“Our artists out here need to be DIY [do-it-yourself], to a certain extent, because there’s not as much industry to help them, and there are so many musicians per capita,” says Cunjak. But he doesn’t think it’s necessarily a bad thing; in many respects, it can create a more sustainable career.

“It’s a much longer road,” he says, saying it takes artists perhaps twice as long in Atlantic Canada to reach certain points in their careers. “But I think you’re set up a lot more, working for yourself, to have it be what you would like to be, to be in control of your own destiny.”

But Cunjak also sees the value in being part of a conversation like Polaris, which is why he tweeted his disappointment last month about the absence of East Coast artists on the longlist. “I firmly believe you don’t need to move to a major city to maintain your career & advance your art,” he tweeted. “But when things like this happen, with no inclusion of artists living rurally, it becomes harder to believe that’s possible.”

I could write a whole other article on Atlantic Canada’s complicated relationship with artists who leave to make their careers—not to mention how outward migration is a defining story of our region more generally, across many industries.

So let’s not quibble over the fact that for some artists (like 2017 Polaris longlister LeBlanc), moving to a major centre may make the most sense to advance their career to the next level. Instead, it’s worth noting that, in spite of the challenges, what came across in all my interviews was a deep enthusiasm for East Coast music, and an eager willingness to work as hard as possible to help that music succeed.

“Consistently, [Atlantic Canadian artists] have an incredible work ethic and an incredible amount of talent—they can all really play, and the level of performance and musicianship is really high,” says Andy McLean, executive director of the East Coast Music Association, who despite being a relative newcomer to the region has a long history booking Atlantic Canadian artists as co-founder and past managing director of Toronto’s NXNE festival.

“And the intangible is that East Coast attitude: maybe because life is a little bit harder here for all kinds of reasons, economically and geographically, they are determined to make it work,” he adds. “They have a can-do attitude.”

But a can-do attitude can only get you so far, and the uneven playing field Atlantic Canadian artists face is getting even more tilted against them. One of many revealing points of the Striking a New A-Chord report is how dedicated provincial funds in Ontario and British Columbia are changing the Canadian music landscape. The Ontario Music Fund, for example, which launched as a $45-million three-year investment, is now permanent, and is already leading some Atlantic Canadian artists to make more of their business expenditures in Ontario. That’s why the report’s leading recommendation is for the development of an Atlantic Canadian music strategy, creating a common policy framework to not only better support the region’s artists, but also to amplify the economic and social contributions of East Coast music more broadly.

“Music is a very important part of the culture that’s passed on here, and that shouldn’t be passed off as something that’s simply a regional characteristic,” says McLean. “It’s more than that—it’s actually massive economic potential that, if you look at the creative economy in that way, is underdeveloped. And I think that’s the way we need to start seeing music differently.”

Whether such thinking will make much of a difference in something like Polaris voting remains to be seen. But it might be key in helping our region, with its rich musical heritage, take the prominent place in our nation’s music culture it deserves.