“Everybody selling, nobody buying,”
I am told, as a man carries shoes tied by
their laces to a string around his neck.
Women tend flames, sell griyo and discs
of fried plantain beside the road.
Everywhere the trade in worn tires, salvaged
from cars that have crept to their millionth
mile and died at last. The trees cut young from
the crumbling mountains lean against stone walls
in stacks of twenty, poles to prop canvas,
bits of cloth, a rice bag, whatever serves
as roofing in neighbourhoods where there’s not
yet a stone, a shingle, a door that swings.
I am as safe as my passport makes me
in a city where parking lot attendants
carry pump-actions but help with groceries.
Rebuilding is a matter of cinder
block and thickets of rebar rising up
the mountain’s steep face. As soon as there is
cash, another room rises on each roof
and another, all hostage to mudslides
and the Richter scale. Down the better streets
are high walls topped with concertina, called
“democracy wire” since Aristide
came home. Other walls are draped more gently
with pink and white blooms of bougainvillea,
but its thorny stems will tear hands and skin
of rioters or thieves who try to climb.
I am told that the gangs are no longer
absolute, and that poor mothers have made
a rout of cholera by the way they treat
the water. Twice, we come upon rioters
hurling stones in the streets. It is theatre,
I think, as they scatter when the police
show up in helmets and armour, ready
for some bad thing that does not happen now.

Another day, and we are back in traffic,
a tour of absences—the presidential
palace, a cathedral with its murals
of Christ and martyrs in the Haitian style,
just civic blanks beside the harbour.
Our destination is the Oloffson,
once HQ for writers and journalists —
Charles Addams once dreamt of Morticia
and Gomez over rum punches in the bar.
My job is biography, and I seek the ghost
of Graham Greene, who set The Comedians here.
The place survived the quake but seems worn out,
its steel roof rusting, the floors soft with rot;
at one end, a voodoo goddess in stone
looks over rubble to the open sea.
Daniel Morel, a press photographer,
tells me that farther up another hotel
simply fell. He says it was not a shaking
but a sense of the earth moving in a wave
toward you. He took the pictures we all saw:
a round-faced woman buried to the shoulders
in white stone and cement, and beside her
the bloodied flesh of a man’s back. Daniel tried
to record and to help, and the great papers
took his work and ran it without a byline.
We sit with Bernard and Ginette Diederich,
my hosts in Haiti. He is eighty-seven,
a newsman, historian, old friend of Graham
Greene. She is a psychiatrist and veteran
of Haiti’s sorrows. They speak of the Mass
to come and what it will commemorate.
Fifty years ago, almost to the day,
Bernard discovered a massacre,
wired out his report, and was then snatched up.
He waited in his cell at the National Penitentiary
while the Tontons Macoutes talked over
the merits of shooting him. A New Zealander,
his white skin promised diplomatic
troubles. He was bundled onto a plane,
but Ginette, Haitian born, was suddenly
cut off. In time, she and their baby
made it safely out, while behind them
psychosis was loose in the city streets
with carbines, machetes, and kerosene.

April 26, 1963:
Someone shot at Baby Doc and his sister
as they went to school, killed their minders.
Papa Doc decided it was the army, ordered
every officer seized, even the retired ones.
The Macoutes said there was one marksman,
a young lieutenant named François Benoît,
who could have taken the shot, so they
burned his house, his parents, his baby,
two maids, a gardener, and a pregnant woman.
It did not matter that the marksman
could not have done it, was already in
refuge at the Dominican embassy.
They killed seventy-five the first day,
soldiers and their relatives—a message.

April 26, 2013:
“François is not bitter,” Ginette tells me.
We are in the doorway of the Église
St. Pierre, where the walkers and canes
of those who remember, those who survived,
support their shuffling movement to the pews.
I see him then, handsome, calm, smiling.
I shake his hand and can manage no more
than “Bonjour, monsieur.” He hears an odd
accent, looks curiously, and goes back
to greeting men and women who never
had a true funeral for their disappeared.

The next day, we drive among the mountains
beyond the city: Kenscoff. Here, too, the roadside
marchandes: their tires, griyo, breadfruit, mangoes.
While a broad steel gate is being opened,
I ask, “Does François have reason to fear
reprisals? How does he stay safe? ” Bernard
smiles: “François has guns. François likes his guns.”
Of course, he is a hard man to kill. But
soldiering is behind him now, and so too
the hand-to-hand of politics. On the roof
of his house, signs of his new vocation:
he has covered it with hydroponic gear,
racks of lettuces ripening in the sun.
His wife is quiet, embraces Bernard
and Ginette as companions in her grief.
François is working, but takes some time from
the frenzy of his cellphone and walks
me to the brow of a hill. He shows me
a long greenhouse he is building. These days,
he says, he has 65,000 head of lettuce,
and they take six weeks to grow. A strange
end to such a history, but I think
he has become what his country needed.

These roads wind among degrees of sorrow
I cannot imagine. On one side, cubes
of cinder block, the windows and doors
caged with wrought iron—having nothing
to take is no protection against thieves.
On the other, ravines and gullies fall
twenty or thirty feet to gravel and trash
with no guardrail to save you from the drop.
I will have the luxury of flying out,
while for most Haitians it is not just skin
but making choices that marks a stranger.
A man not in his right mind sits on two stacked
tires at the edge of traffic, the cars
beside him going nowhere. The sole of one
bare foot is caked in dust, his elbow is up,
knuckles in his hair. His eyes are closed. 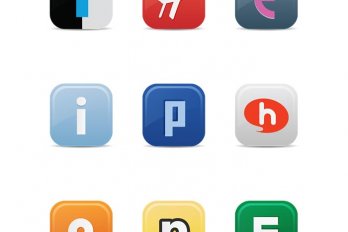