If all of life is a web, then to be an informed consumer is to see, everywhere, evidence of rips in that that web: burning forests, depleted ecosystems, and people in the streets protesting how they’ve been left behind by our capitalistic model. To understand how we got here, you’d have to review capitalism’s existing relationship between ecology and economy—the latter designed along a linear model of “take-make-waste,” as experts have put it.

A newer, waste-eliminating remedy is gaining momentum in the form of a circular economic model, one that reintegrates all those seemingly nonrenewable byproducts back into the production loop, creating new technologies, businesses, and essentially, purpose out of the extracted resources that gum up our works in the form of emissions and plastic sea sculptures. Importantly, a circular model demands that auxiliary industries—educational, social, and especially financial—take their environmental legacy into account.

Consumers who are keen to explore financial institutions from a more “interdependent” lens might naturally gravitate toward a co-operative model, which employs a democratic, member-owned structure that takes a more holistic approach to wealth. “Capitalism has really put human ingenuity to work, but by focusing solely on the pursuit of profit, it’s virtually ensured [the progression of] climate change, economic inequality, and eroding trust in financial institutions that is quite obvious now,” says Guy Cormier, CEO of Desjardins Group. “Co-ops are built for the long haul.”

“At Desjardins, our co-operative values are guided by the unwavering belief that economic development should drive social progress,” says Cormier. “That comes with the prerequisite of protecting our people, our communities, and our environment.”

Cormier cites Desjardins’ origins as evidence of the co-op model’s “needs-based” approach to finance: 120 years ago, when—as Cormier notes—banks were resistant to doing business with Francophone farmers, Alphonse Desjardins (a journalist and parliamentary stenographer at the House of Commons, in Ottawa) and his wife, Dorimène, modelled their co-op after existing European institutions. Their goal was not only to combat usurious lending rates but also to empower individuals and their communities to be financially autonomous. From about 130 farmers investing pennies to start the first caisse populaire (or credit union in English), Desjardins has grown to become the leading co-operative financial group in Canada and the sixth largest co-operative financial group in the world, with over 7 million members and clients and more than 47,000 employees.

Each of the individual caisses that comprise Desjardins has its own board of directors. Having more than 2,900 directors helps ensure that the overall organization is governed by democratic principles and strongly connected to its local communities. “At Desjardins, our co-operative values are guided by the unwavering belief that economic development should drive social progress,” says Cormier. “That comes with the prerequisite of protecting our people, our communities, and our environment.” 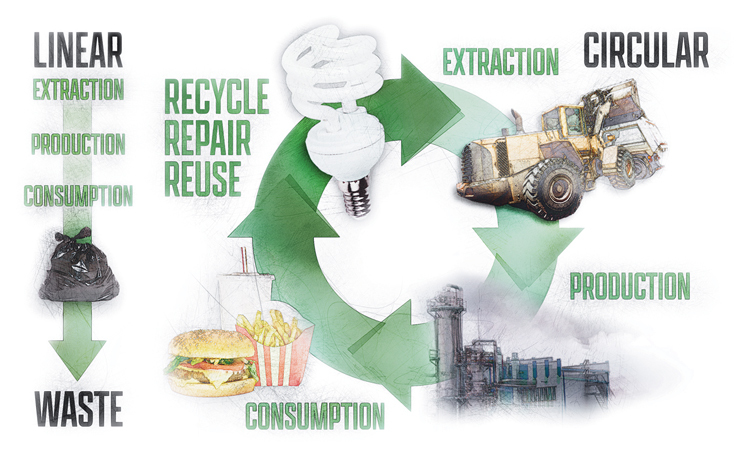 Desjardins has already taken concrete action on this front: since 2017, the financial co-operative group has been purchasing verified carbon credits to offset its greenhouse gas emissions, and in 2019, it became the first financial institution in Canada to sign the United Nations’ Principles for Responsible Banking, a framework that seeks to establish a more sustainable banking system for posterity. Desjardins was also a fervent supporter of the transition to clean energy, committing to the installation of 200 electric vehicle charging stations at its caisses and credit unions. As well, the co-operative group is focusing its significant infrastructure investments into renewable energy production, with over $1.2 billion invested to date (46 percent of its total infrastructure investments). Desjardins has taken other smaller, but practical, steps too. This includes banning single-use plastic water bottles, cups, stir sticks, and straws across the whole organization.

“Sustainable development is a model that does not compromise meeting the needs of future generations,” says Tima Bansal, director of the Ivey Centre for Building Sustainable Value at Western University and chair of the Expert Panel on the Circular Economy for the Council of Canadian Academies. “In a circular approach, the waste becomes the feedstock for future production and can generate wealth and increase employment, arguably affecting other industries just as much as those [tied to] natural resources.”

Where critics of capitalism have chiefly taken issue with its single-minded for-profit approach, a circular model not only creates a slew of new market opportunities for waste management solutions but naturally gives rise to more ethical financial products—ones that are still aimed at wealth-building—like responsible investment products. It’s also one of the reasons why Desjardins partnered with École de technologie supérieure, which aims to grow and innovate the field.

“The boards of directors at our local caisses understand what it means to have an impact on the socioeconomic environment where they live,” says Cormier. “During the process of production, companies must be more involved in their impact on all aspects of society—not just, ‘I’ll pay my taxes and someone else will take care of the environment.’” He adds that co-op members can put pressure on leaders and stakeholders in a circular economy to integrate environmental goals into their decisions and force discussions at the co-op’s board level regarding shared prosperity. “Because is it okay to have short-term rewards if we’re not here in the long run?”

Bansal is heartened at the idea of so much of capitalism’s ingenuity being redirected into solutions for a less wasteful world, across every industry. “It used to be that the argument [for a circular economy] was the win-win: more market share, more money to be made in waste. But, to make this work, we need to make some hard choices,” she says. “At least the conversation is a bit less superficial now—that we need to change the nature of our economy, our collaborations, our metrics, and our products. It’ll be revolutionary when we get there, but it has to be a major transformation.”

What Cormier says of the co-op model’s capacity to assist in achieving systemic change—that is to say, in repairing our vast web—is optimistic: “I have great expectations for what we can achieve when we think collectively about the next quarter century, instead of the next quarter.” 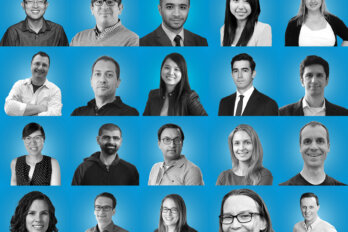 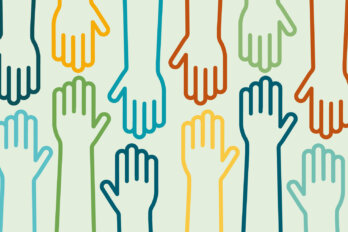