Visit to Canada by Their Royal Highnesses | The Walrus
Skip to content
Memorandum for Correspondents, Radio Broadcasters, Motion and Still Photographers

On February 6, 1952, Elizabeth Alexandra Mary became Queen of Canada. Following the death of her father, King George VI, the previous night, the Queen’s Privy Council at Rideau Hall issued the first proclamation in the Commonwealth that recognized the princess’s accession to the throne.

Just a few months earlier, Canadian publications were full of stories about Princess Elizabeth and the Duke of Edinburgh’s first visit to Canada. Journalists followed the royal couple as they praised Canadian transportation systems in Moncton; attended an air show at RCAF Station Trenton; called on the Dionne Quintuplets in North Bay, Ontario; and met the British Empire’s oldest veteran, ninety-four-year-old Benjamin Mansell, in Springhill Junction, Nova Scotia. In Montreal, they were photographed cheering the Canadiens’ Floyd “Busher” Curry as he scored the first hat trick of the 1951–52 NHL season. In Alberta, the royals and the press toured an oil refinery outside of Devon, and then all took in an Eskimos–Blue Bombers football game. (Philip even wore one of Calgary’s iconic ten-gallon hats.)

For more than five weeks, the press accompanied Elizabeth and Philip as they discovered a love for Canada that “will never grow cold,” but reporters and photographers were strictly controlled. In advance of the tour, the Department of the Secretary of State issued these specific instructions: 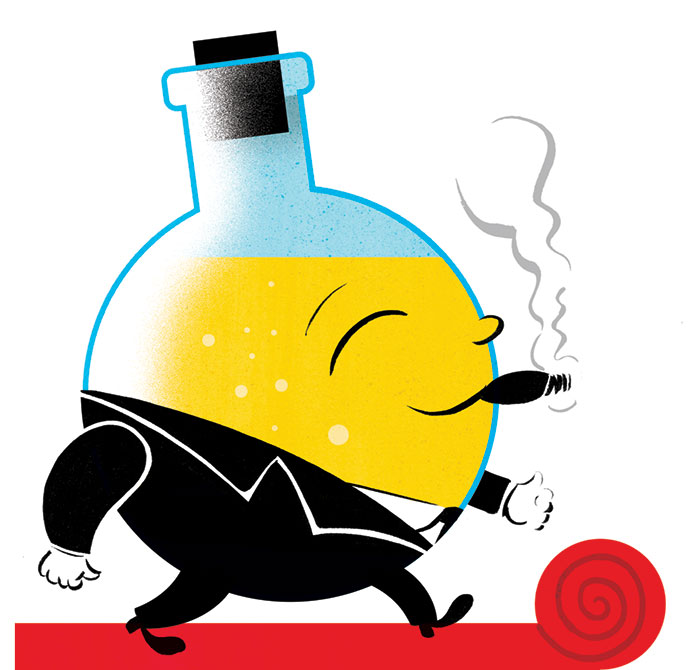 Sixty percent of current freshman senators and 40 percent of new members of Congress are millionaires. With great wealth comes… great entitlement. Consider the backstage rider, a favourite way for politicos to pull rank. On the evidence of contractual perks, Democrats generally seem more fussy in their eating habits than Republicans. John Kerry’s rider insists on “low-fat strawberry or raspberry yogurt,” and a warning to “never” order sandwiches. John Edwards “loves smoked salmon” and requires two bottles of “ice-cold” wine in his room: Pinot Grigio and Sauvignon Blanc. As vice-president, Dick Cheney was more concerned with the ambience in the hotel rooms he used for “downtime,” detailing temperature (68°F), lighting (on), and that all televisions be tuned to Fox News. Newt Gingrich’s wants are much more humble. Unlike Rudolph Giuliani, he does not specify a plane model in his speaking contracts, only that an “ample supply of black or blue Sharpie markers” be kept on hand for book signings.

Regulations and protocol were relaxed somewhat when the princess and the duke met with the media at Rideau Hall on October 10. Bruce West, who covered Parliament for the Globe and Mail, described his experience that afternoon:

And all of a sudden, there was the Princess standing in front of me.

I did, I suppose, what any one else would do when suddenly confronted by the heiress to the British throne. I gulped a couple of times.

She took my hand and leaned over to look at my lapel button.

“Are you following the entire tour?” she asked.

I explained that after the arrival of Her Royal Highness in Toronto I expected to stay at home in my slippers while members of a new crew from my paper followed her along through the West.

“Hmm,” said she, smiling, “taking it in relays. This really doesn’t seem fair.”

Sixty years into Elizabeth’s reign, official press guidelines are not as overtly prescriptive as they once were, yet they are no less strict. In line with Canadian Heritage edicts, “All media representatives who wish to cover [a] Royal Tour must be accredited in accordance with the normal procedures of the Royal Canadian Mounted Police and obtain an ID card. Freelance journalists must provide a letter from their employer attesting to their employment.” The RCMP’s procedures are completely “voluntary” but “should [a journalist] refuse to respond, accreditation will not be granted.”

Buckingham Palace asks all members of the press covering royal engagements to “comply with the dress code on formal occasions out of respect for the guests of The Queen, or any other member of the Royal Family… Smart attire for men includes the wearing of a jacket and tie, and for women a trouser or skirt suit. Those wearing jeans or trainers will not be admitted and casually dressed members of the media will be turned away. This also applies to technicians.”

For ordinary folks who might meet the Queen, Canadian Heritage notes, “Members of The Royal Family do not wish anyone to be put to unnecessary expense by buying special clothes, hats or gloves.” However, the following guidelines are advised: