Is Cadborosaurus for Real? | The Walrus
Skip to content 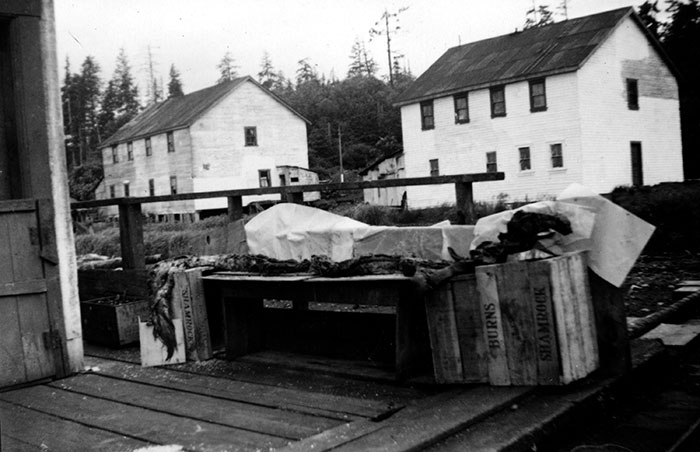 Unidentified creature remains taken from a sperm whale's stomach in 1937.

From the back deck of a house on Telegraph Bay Road near Victoria, pointed northeast over the Strait of Georgia, a lone video camera stands sentinel. The ocean is steel grey, pockmarked by little waves that lap at the pebbly beach below, sounding like a thirsty dog at a water bowl. The camera’s putty grey casing, which is mounted to the underside of Bob Iverson’s deck, has weathered rain, snow, and the summer sun for fourteen years. Its sole purpose: to record “motion events” in the ocean that would confirm the existence of Cadborosaurus—like Ogopogo, an equivalent of the Loch Ness monster—if it pops up at this exact spot. Again.

“It was late August, and it was really calm, absolutely flat,” says Iverson. “And right by that point there, where we have the camera, these great big humps came out of the water, and then they went down.” He is seated at his desk as he tells the story, his glasses perched atop his head of silver hair. He stands up to re-enact his “What the…? ” moment of incredulity. The three humps, the size of “large truck tires” (Iverson works as a car and truck accident appraiser), surfaced twice more before submerging for good. “I’m generally a non-believer,” he says, “but who knows? You never know what’s in the ocean. And there have been other people. I’m not the only cuckoo bird.”

In 1933, the Victoria Daily Times ran the headline “Yachtsmen Tell of Huge Sea Serpent Seen Off Victoria,” and sightings of Cadborosaurus (“Caddy” for short) have been rolling in ever since. For true believers, the clincher was a 3.2-metre-long creature with a head akin to “a dog and the turned-down nose of a camel,” which flensers cut from the stomach of a sperm whale at the Naden Harbour whaling station in Haida Gwaii, in July 1937. The workers’ black and white photographs show a ragged, serpentine creature with a short, feathered tail propped up on crates—unlike anything they had ever seen. In a word: unreal.

When seeing is believing 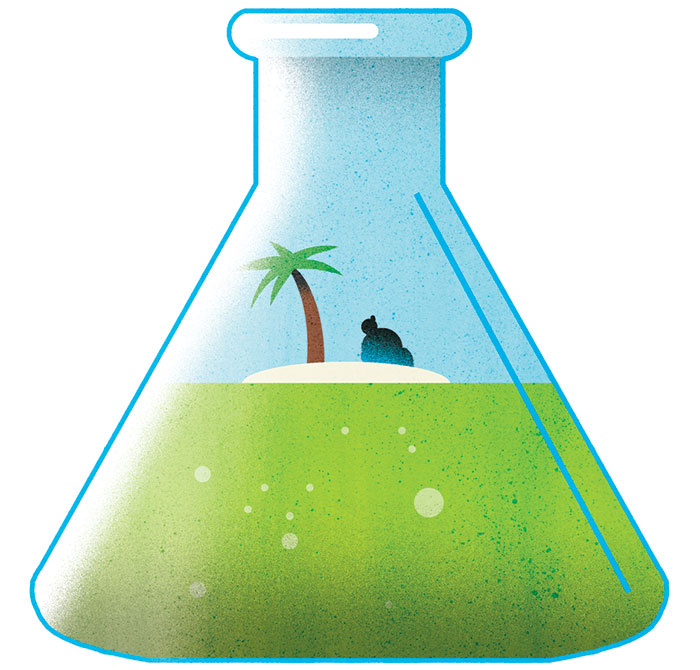 On August 12, 2006, Fredrik Fransson and the crew of the Maiken watched the unbelievable happen: an island being born in a plume of smoke. Was it a mirage? The newest addition to the Kingdom of Tonga in the South Pacific was not, though the kingdom’s Kula Lau goddess has lured countless sailors to illusory lands. Technically, a mirage is not a hallucination; rather, it is the effect of light rays bent by changing temperatures. The phenomenon has been used to explain away ghost ships, UFOs, and heavenly cities. But not the unnamed land mass at S 18 59.5, W 174 46.5. It was indeed a new island that had erupted from the underwater Home Reef volcano; two years later, it disappeared, succumbing to the waves. Another such island emerged from the Red Sea this past winter. Each was a vision but not an apparition.

Jason Walton, an illustrator who heads up CaddyScan, the group that installed and monitors Iverson’s camera, got hooked on Caddy in 1999, when he read the book Cadborosaurus: Survivor from the Deep, by Paul LeBlond and Edward Bousfield. “This was a mystery in the backyard,” he says in his movie trailer baritone. “Hell, I was going to do it.” He has since interviewed close to twenty Caddy witnesses, and says they all describe it as a unidentifiable creature; LeBlond and Bousfield wrote that it was “least unlike a plesiosaur,” a prehistoric marine reptile. There are minor variations; sightings of a beast over eighteen and under nine metres long; sometimes the neck is stovepipe thick, sometimes no bigger than a man’s embrace; some people see a mane; some spot what could be ears; in some sightings, it snorts; in others, it makes different noises. But it usually has humps, and it has been seen on land and in a crab trap. “Either everyone’s lying or they’re not,” says Walton. “That’s what it comes down to.”

The hunt for Caddy is limited to a “passive data collection,” says Paul LeBlond, former head of the earth and ocean sciences department at the University of British Columbia, a CaddyScan team member, and chair of the British Columbia Scientific Cryptozoology Club. In recent years, he says, cryptozoology has distanced itself from “the enthusiastic charlatans who claim all sorts of things,” by bringing some critical thinking to the party. “It’s sort of an exploration on the edges of the unknown… a scientific enquiry but not on a scientifically pressing subject.”

“We gotta get one, simple as that,” says John Kirk, BCSCC’s president and the only member of the club who has seen Caddy himself. (Date and time: August 16, 2010, 11:45 a.m. Location: Finn Slough, Richmond). But by “get one,” he doesn’t mean kill one. “I’m the no-kill type. I fit in with all the environmental groups—Greenpeace, the Sierra Club, whatever—because science requires only a tissue sample. There were four fluke incidences where we got ’em, and they were spread between 1937 and 1998. So we’re due for another one soon.” He fails to point out that the Journal of Scientific Exploration has hypothesized that one of the four captures might have involved a pipefish rather than a baby Caddy.

Kirk was born in Hong Kong and speaks with a British accent, and his business card introduces him as a leader of “Cryptosafari explorations,” and an author “in the domain of the lake monsters.” He stands six feet five inches tall, and it’s easy to imagine him stalking the jungles of Cameroon in search of the Mokele-mbembe, either a living dinosaur or a reptile—which, for the record, he has done. “We are hopeless romantics,” he says of cryptozoologists. “I’ve always said that the best part of what we do is the pursuit. It’s an adventure.” And British Columbia is a good place to find that frisson, because, as Kirk explains, it’s “a great habitation for cryptids. There are lots of areas where we don’t go and disturb them, and that’s where they are” (“they” being Ogopogo, the sasquatch, and, of course, Caddy).

Back in Bob Iverson’s office overlooking the Strait of Georgia, Jason Walton is poring through the 571 motion events CaddyScan’s camera has captured in the past seven days, images of waves, waves, more waves—and let’s not forget the kayakers. But no Cadborosaurus. Still no Cadborosaurus. Walton deletes the shots at lightning speed; he has had plenty of practice. Over his right shoulder, on a faded blue satellite image of the Strait of Georgia, Telegraph Bay Road is so small it’s barely visible. “I mean, it’s not even a needle in the haystack,” he says, breaking into a chuckle. “When you look at that [how much ocean CaddyScan is not scanning], it seems a bit futile, doesn’t it?” To which Bob Iverson replies, “Well, it is,” before adding, more as a statement than a question, “Who knows?”