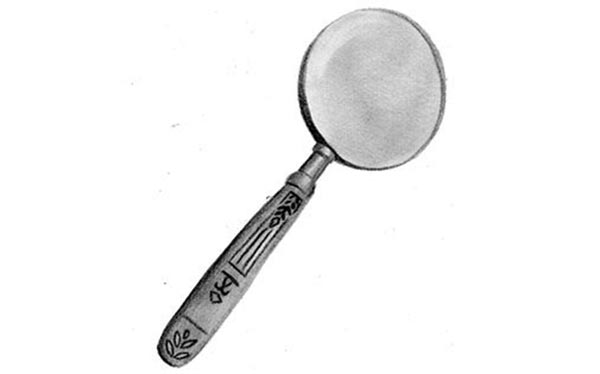 Louis Cuen Taylor celebrated his fifty-ninth birthday earlier this month. Nothing special for most people. But for the Arizona resident, it was the first time he could enjoy his birthday celebration as a free man in more than four decades.

Taylor had been released from prison days earlier, the latest in a sorry list of Americans who have been found to be wrongly accused and convicted of murder by arson—often on the basis of faulty, so-called scientific evidence. “Junk science” in the courts is an issue I explore in the latest issue
of The Walrus, focusing in part on bad arson evidence.

Like Taylor, a Saskatchewan man named Leon Walchuk was sent to jail after being found guilty of setting a fatal fire in 1998. Unlike Taylor, he remains in prison. Expert testimony convinced a judge that Walchuk’s estranged wife, rendered unconscious during a fight with him, died of “death by fire,” in a blaze he deliberately set in their prairie farmhouse. But leading fire scientists—including one who was hired by the federal government, after the Innocence Project at York University’s Osgoode Hall Law School filed an appeal to the justice minister for a review of Walchuk’s case—have pointed out serious flaws in the initial arson investigation.

Shabby arson testimony is part of what Alan Young of the Innocence Project calls the “white lab coat stereotype”—the inordinate and often unwarranted faith that jurors and judges put in forensic and medical experts. It’s what happened to Taylor.

In 1970, Taylor was convicted of killing twenty-eight people in the Pioneer Hotel fire, still the deadliest blaze in Arizona’s history. At the time, he was a sixteen-year-old black youth facing an all-white adult jury—and bad expert evidence painted a scientific gloss over the racism that helped imprison him. The Pioneer fire was declared an arson before it was even extinguished, and Taylor was quickly fingered as the culprit. At trial, one investigator testified that an accelerant had been used to ignite the flames, though that was not backed by laboratory tests on debris from the hotel. Another fire “expert” said his “profile” of the arsonist convinced him the guilty person had to be a young black man. “[B]lacks, at that point, their background was the use of fire for beneficial purposes,” the same expert claimed last year.

Decades later, Taylor’s case was taken up by the Arizona Justice Project. Modern day experts, some of them featured on a 60 Minutes exposé, concluded that the fatal fire may not even have been caused by arson. One of those experts was John Lentini, a leading fire scientist, and a tireless advocate for better forensic testimony in the courts. He played a key role in highlighting the errors in another tragic case I wrote about in my Walrus feature—the wrongful execution of Cameron Todd Willingham.

In 2004, Willingham was executed by the state of Texas for the arson murder of his three infant daughters, on the basis of shoddy arson evidence that has since been discredited by Lentini and others. “What Louis Taylor and Cameron Todd Willingham have in common is that they both had their lives taken from them by fire investigators using invalid ‘science,’” Lentini told me recently. “We have learned over and over that there is zero correlation between accuracy and confidence, but a confident witness tends to be believed by the jury.”

The Willingham case sparked a review of arson convictions in Texas. Two months ago, the state’s highest criminal court ordered a new trial for a man convicted on the basis of what it called “false testimony,” for starting the fire that killed his stepsons.

But in Canada, we are still far from that level of review and retrospection when it comes to arson convictions. In November 2011, federal justice minister Rob Nicholson rejected Walchuk’s plea to re-open his case, even as he admitted that new scientific evidence “seriously undermine(s) the Crown theory that Walchuk intentionally started the fire using an accelerant.”

And so Leon Walchuk heads into his thirteenth year of incarceration, his chances for parole diminished by the fact he refuses to accept guilt or express remorse for a fire he insists he did not set.

Julian Sher is an investigative reporter with the Toronto Star and the author of six books.
Adrienne Kammerer

Adrienne Kammerer has drawn for Hazlitt and The Walrus, among others.