Trump, Clinton, and the Absence of Meaning | The Walrus
Skip to content 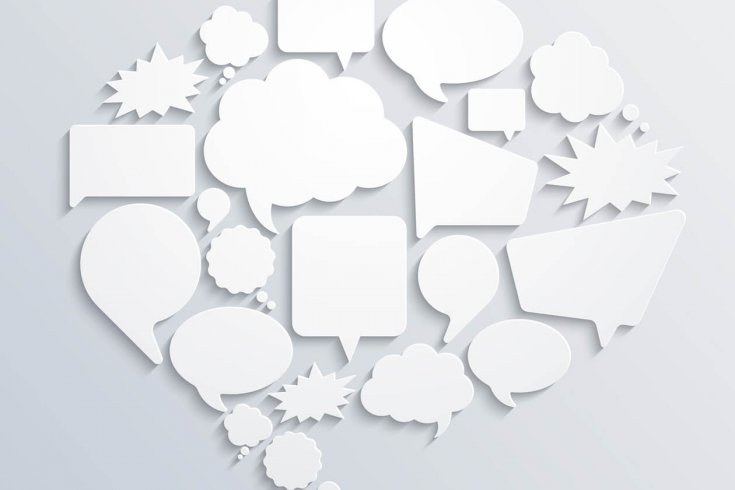 In his opening statement during last night’s presidential debate, Donald Trump went straight to the point:

“You look at what China is doing to our country in terms of making our product, they’re devaluing their currency, and there’s nobody in our government to fight them, and we have a very good fight and we have a winning fight because they’re using our country as a piggy bank to rebuild China and many other countries are doing the same thing, so we’re losing our good jobs, so many of them.”

Hillary Clinton, meanwhile, mentioned her two-year-old granddaughter’s birthday—proof that she thinks about the future “a lot.”

Though there are clearly stylistic differences, it’s easy to dismiss both candidates’ statements as nonsense—distraction from any kind of meaningful conversation. The debate was full of truthiness and outright falsities, from Clinton repeatedly highlighting her father’s career as a fabric maker to Trump skirting blame for the Obama birth-certificate debacle. But if we’re going to call bullshit, we should do it right—with science.

“Bullshit” as a unified theory of discourse was first described by philosopher Harry G. Frankfurt in his classic book, On Bullshit. Now scientists are taking these ideas and investigating them more rigorously. Gordon Pennycook, a Saskatchewan-born psychologist studying at Yale University, defines bullshit as something constructed without any real concern for the truth. At Waterloo University last year, he and four colleagues wrote a research paper called “On the Reception and Detection of Pseudo-Profound Bullshit.” Last week, their paper won the Ig Nobel peace prize—a parody of the Nobel prize that is awarded to research “that makes you laugh, and then think.” (Other winners this year included Thomas Thwaites, who lived for a time among goats thanks to a prosthetic disguise.) During his acceptance speech, Pennycook thanked his inspirations: among others, “Donald Trump, Stephen Harper, and every politician ever.”

His research is part of a growing body of literature that aims to sort through the refuse, and even categorize it. Pseudo-profound bullshit, as laid out in Pennycook’s paper, is something very specific: “seemingly impressive assertions that are presented as true and meaningful but are actually vacuous.” Essentially, long words put together that, when picked apart, mean nothing at all. (In the study, Pennycook cited the grandiose tweets of guru/author Deepak Chopra, such as “Attention and intention are the mechanics of manifestation.” When Chopra heard of the paper, he tweeted back: “Shit of any kind is profound.”)

The opposite also exists, though it’s not explicitly looked at in Pennycook’s work: statements so basic and vague that they lose any meaningful depth. Trump’s “Make America Great Again” motto is a perfect example. “It means something,” Pennycook says, “but nothing specific at all.” That tends to be the medium of politicians. In last night’s debate, there were no verbose, pseudo-profound statements. But there was a large buildup of the second kind: statements that are simultaneously vague and bold, which attempt to confuse and convince listeners at the same time.

Pennycook’s research determined that those most susceptible to to bullshit are generally lower in cognitive ability and more sensitive to paranormal and religious beliefs.

Hundreds of professional fact-checkers started to pick apart statements as soon as last night’s debate kicked off, including workers on Clinton’s own home page. But while fact-checking can confirm or deny a statistic—or the fact that Trump wasn’t endorsed by Immigration and Customs Enforcement, as he claimed to be last night—it’s harder to pin down bullshit. Those of us who aren’t psychologists or working fact-checkers can’t possibly be expected to identify everything.

What does that mean? Did the US invest in a single solar company, and then suffer disastrous consequences? Are jobs not being kept in the best job-keeping way?

Presumably, Trump is referring to Solyndra, a solar company that went bankrupt in 2011 after taking a substantial loan from the US government. So his statements are based on fact—but, as Fortune points out, they’re not concerned with fact at all. Trump tells a story that is both very specific (Solyndra) and very vague (solar energy is bad for jobs), while not actually saying anything at all—in fact, the solar energy industry is doing notably well in the US right now.

Clinton contributed her fair share, too, though more subtly than her opponent. She spoke about combatting home grown terrorism, for example: “We’ve got to do everything we can to vacuum up intelligence from Europe, from the Middle East.” At first glance that may sound like a reasonable statement—until you consider the word “vacuum.” Effectively, Clinton avoided answering the only important question: how she was actually planning to gather said intelligence. She used a word that sounds like it’s performing an action, but means very little in context. Is Clinton planning to enlist Dyson in an espionage ring?

Presidential candidates expect us to gloss over everything but the big picture. And that’s not new—most people would argue it’s just everyday politics. But the first step toward change is realizing you have a problem. Pennycook hopes his and his colleagues’ research—which determined that those most susceptible to these kinds of tricks are generally lower in cognitive ability and more sensitive to paranormal and religious beliefs—will help the 100 million people who watched the first presidential debate make better decisions. The more aware we are of bullshit, Pennycook says, the less we have to take it.

Of course, that’s easier said than done. But we’re already on the right track. Before Pennycook’s research, last night may have seemed like a series of hard questions, comical interruptions, insults, and—perhaps—serious debate. Now, with a scientific definition on hand, we can be more confident that last night’s debate was, in fact, mostly bullshit.