Do We Really Need a National Bird? | The Walrus
Skip to content 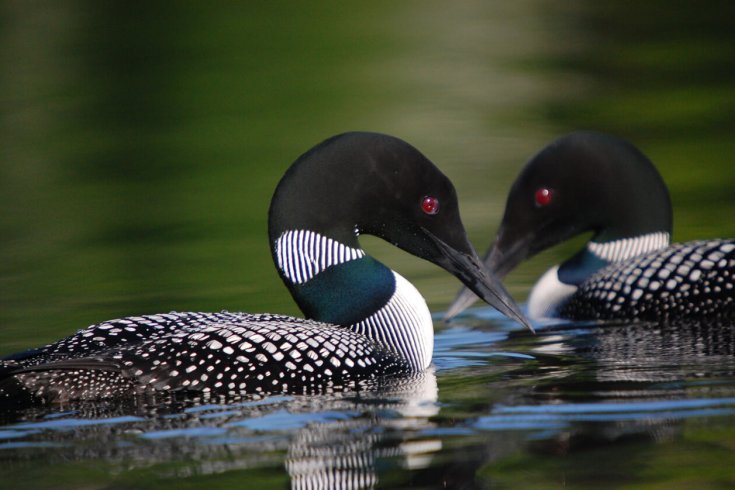 What sort of debate triggers a plea against making children weep, a warning not to piss off wheat farmers, and the denunciation of a supposedly treasured icon as “a psychological viper”?

No, it wasn’t a late-summer version of the political point-scoring one often hears on Parliament Hill. Instead, the verbal missiles were lobbed on September 19 at Ottawa’s Canadian Museum of Nature on behalf of five species vying to become Canada’s national bird.

No, we don’t have one. And yes, we do need one. Birds are as important to our identity as the beaver, an animal that is lauded for its industriousness but—being mostly nocturnal and semi-aquatic—isn’t exactly easy to rally around, isn’t easy to know. Contrast that with birds—the creatures that rouse us with song, that we feed as if they were our own children, that great numbers of us watch obsessively—and it’s hard to disagree that Canada is as much a bird nation as it is a beaver one, if not more so. We just seem to have overlooked that in the 150 years that have passed since this country was created. Meanwhile, every province and territory has acknowledged our relationship with birds by naming one of the more than 450 species that spend time here as its official bird. I mean, c’mon—if Newfoundland and Labrador had the guts and good sense to choose the Atlantic puffin as its avian symbol, what’s stopping Canada from making a similarly bold choice? Yes, I know that in addition to Castor canadensis, we have a surfeit of things designated as either a “national” or “official symbol”—hockey, lacrosse, anthem, flag, colours, tree, tartan, coat of arms—but how is it fair, how is it Canadian, to have two national symbols that are mammals? Wait—you didn’t know about the Canadian horse? Having a national bird would help redress this imbalance and allow us to graduate from a small, dismal club of have-nots (Ireland, Switzerland, I’ll start with you) and stand wing to wing with the likes of Australia (the emu), Japan (the green pheasant) and the United States (the you-know-what). At least that’s what the staff at Canadian Geographic believes, which is why the magazine launched its National Bird Project in January 2015, with the aim of helping designate an official bird for Canada by 2017, the country’s sesquicentennial. (Full disclosure: I’m the senior editor at Canadian Geographic.)

Last Monday’s Great Canadian National Bird Debate (report here; video here) was the second phase of a project in which nearly 50,000 people had already cast votes for one of forty avian species—the first sustained and concerted effort of this magnitude. They were spurred on by their (sometimes manic) devotion to a particular bird or—as we at Canadian Geographic would like to believe—by the persuasive merits of essays by Will Ferguson, Noah Richler, Charlotte Grey, Alissa York, Niigaan Sinclair, and Michael Crummey, which were published in the magazine. But when the vote closed at midnight on August 31, the top five contenders for the debate had been settled: the common loon, the snowy owl, the gray jay, the Canada goose, and the black-capped chickadee.

These finalists aren’t particularly surprising. Nearly all of them mirror, in one way or another, that knowing, that familiarity. That bird on the one-dollar coin, for instance. Or that magnificent raptor caught staring into a Montreal traffic camera earlier this year. Or those seemingly graceless honkers that transform themselves into perfect, streamlined vees that we can’t resist craning our necks skyward to see. That doesn’t make us unimaginative and risk-averse—it makes us human.

Which brings us to Monday’s event. Or more specifically, it brings us to George Elliott Clarke, the Parliamentary Poet Laureate. No dour bard, Clarke set the tone for the evening with his rip-roaring revivalist-preacher-style defence of the black-capped chickadee—“This is the bird for national u-nah-tee!”—before gleefully skewering the sacred cow that is the common loon, which had secured the highest number of public votes with 13,995 and was being defended by Steven Price, president of Bird Studies Canada. “It is a psychological viper,” intoned Clarke, “a tormented tarantula on our shores. It’s just a horrifying creature in terms of demarcating the always sinking value of the dollar.”

Of course, you’d expect detractors of the loon—“the lonely, selfish loon,” as Mark Graham, vice president of research and collections at the Museum of Nature and the debate’s Canada goose advocate, put it—to cut this tall poppy of Canada’s avian world down to size, and three of the five panellists did so with a variety of barbs.

But the other finalists didn’t exactly emerge unscathed. The Canada goose? “Fat and lazy,” said Alex MacDonald, senior conservation manager for Nature Canada, snowy owl cheerleader and the man who: A) pleaded with Canadians to not make his kids cry by plumping for another bird; and B) stated that a vote for the gray jay or common loon, neither of which has an annual range that includes the Prairies, was a vote against wheat farmers.

By the time the debate wrapped up, panelists had touched on topics such as imperialism, democratic socialism, Canada’s two solitudes, old Norse etymology, goose gumbo, avian hygiene and fidelity, collective nouns, and a papal conclave. These were spirited and intelligent defenses, sure—but what is it about birds that elicits such excitement? As mentioned, our backyard-bird-feeder familiarity with them certainly helps. But maybe there’s something else at play, too—something deep-seated and atavistic. An undimmed Icarian desire for flight? Perhaps. A wary respect for their astonishing intelligence? Maybe. A reverence for the way they signal the changing of the seasons? Possibly. Whatever it is, it’s powerful, and perhaps that’s argument enough for naming a national bird.

So where do we go from here? Does the common loon have it locked up on the basis of its nearly 14,000 public votes? Judging by the applause at the end of the debate for the gray jay, the merits of which were convincingly argued by David Bird (I know, I know), professor emeritus of wildlife biology at McGill University, this thing is far from settled. Will the national bird debate be brought to the House of Commons? Minister of Environment and Climate Change Catherine McKenna, who provided the debate’s opening remarks and stuck around for the duration, said it may be time to do so. Do nearly 50,000 votes mean people really care about naming a national bird? Judging by the reaction on Twitter alone—the hashtag #CanadaBird trended number one during the debate—I’d say yes.

Canadian Geographic isn’t the final arbiter in this matter, of course, but we do hope our official choice (watch for the announcement on November 16) goes some way to helping establish a national symbol for Canada’s 150th, a symbol that we can all play a role in choosing, a symbol that for too long has been conspicuous by its absence.