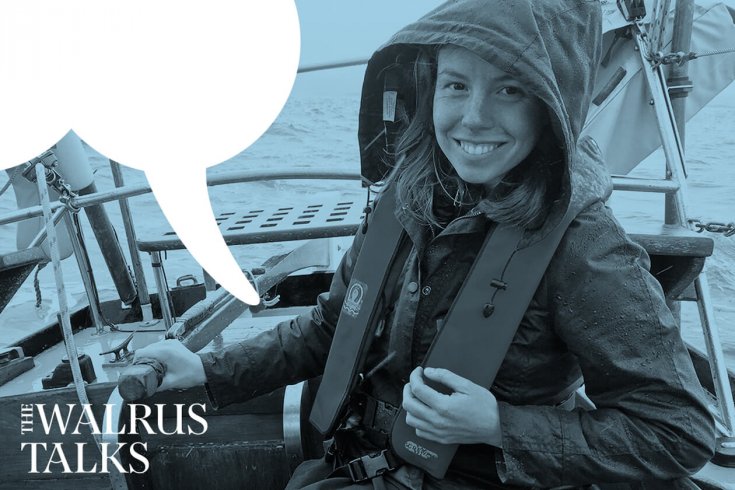 From Corona x Parley presents The Walrus Talks Trash in Toronto on May 30, 2019

Lisa Erdle is a PhD student at the University of Toronto and she spoke at Corona x Parley presents The Warus Talks Trash about microplastics, her battle against them, and why we all need to care about this right now.

My name’s Lisa Erdle, and I’m from The University of Toronto. And I’m really excited tonight to tell you a bit about my research. I work a lot with traditional scientists, but I spend a lot of time talking to decision makers and people in government, because I see that science and communicating the science that I’m doing is something that’s really important. I do care a lot about improving our basic knowledge, of course, but I became a biologist, and a scientist because I believe that using science should make good decisions, and the decisions that are made by our governments should really be based on facts.

Let’s see. Okay, great. Just by a quick show of hands, how many of you first heard of the issue of plastic pollution by learning about The Great Pacific Garbage Patch, the big floating island of trash. How about Microbeads, like those little things? Okay, yes. And what about microfibres? Not very many, a couple hands.

That’s about what I thought.

I first learned about plastic in the ocean by learning about The Great Pacific Garbage Patch. The term was coined in the early 2000s, and what we know now is that it’s not this floating island of garbage twice the size of Texas, it’s not something you can walk around on. There are some large pieces of plastic, like this picture of ghost fishing gear, but mostly they’re these small pieces of plastic. And when you look at the surface of the ocean on a really calm day, there are lots of these small Microplastics, and it really looks like confetti sprinkled on the surface of the ocean.

I saw this firsthand in 2012. I was working on a boat on the Pacific as a biologist, I love the ocean, I wanted to spend all of my time on the water. And one thing that we did on this boat is we looked at different species of plankton. So we’d tow a fine mesh net, and we’d capture all the plankton in that net, and we would identify different species like Diatoms and Copepods. Mixed in these nets were these tiny pieces of plastic, there were so many of them. And as a biologist, I knew that it was these small pieces that could be potentially more harmful, because they could be getting into the food web at every stage.

We now know that some of the highest concentrations of plastic are found in these ocean gyres, which are these accumulation zones of plastic, up to 350,000 particles per square kilometer. And they’re very, very small, and not very easily cleaned up.

So how did we get here? Well, you all know this, but the rise of plastics really began in the 1950s. Its convenience, its durability, its flexibility, low cost made it a very popular material. You all probably know the sage advice that Dustin Hoffman got, to get into plastics because it was growing immensely. You can imagine the vast quantity of plastic that has been produced. There are many useful applications of plastic of course, it makes our airplanes lighter so we use less fossil fuels when we fly around the world, there are many medical applications that help keep people safe.

But one thing that hasn’t really been managed well is plastic at it’s end of life. And this is just a figure that shows, of all the plastic that has been produced, millions of tons, over half has been discarded. Only a really small fraction has been recycled or incinerated, and a part of the plastics that have been produced and recycled leak into the environment.

We know for plastic pollution, both big and small, that over 800 species are found as interacting with plastic. Whether it’s ingestion, entanglement, using plastic for nests, and over 220 species have been recorded as ingesting plastic. And we have species in our lab from The Great Lakes and the Arctic and the Pacific, that aren’t on this list where we’re finding Microplastics being ingested. So this number will definitely grow. In The Great Lakes I’ve looked at fish, and I’m finding Microplastics, up to a hundred plastics per fish, and I’ve found them in every fish that I’ve looked at so far.

Not to be scary, but it’s a reality that it’s also getting into us. As I see you take a sip of beer, we’ve found Microplastics in beer, it’s in drinking water, it’s in sea salt. And we don’t know what the impacts are to us yet, but what I really wanted to drive home is that this mismanagement of our waste is impacting us, and we’re literally eating and drinking our trash.

So the effects. This is really the question that keeps me up at night, and really pushed me to do my PhD in this topic. Physically plastic can act as a stressor, it can cause abrasion, it can also give this false sense satiation, where organisms can feel like they’re full, but they’re not. That’s why we see sea birds that have died, they’ve got full stomachs of plastic, but they’re not getting the proper nutrition that they need from fish.

Plastic can also act as this physical stressor. There are many chemicals that are added to plastics as ingredients, they give plastic different properties like UV resistance, flame resistance, durability, stretchability, and others. There can also be chemical byproducts, when plastic breaks down it breaks down from these polymers into monomers, and can release chemicals like polyaromatic hydrocarbons.

The last is that chemicals can be sorbed to the surface of plastic, and many of these chemical compounds are lipophilic, meaning they like fat, so when they’re ingested by birds and by fish, a lot of these chemicals, many of which are known carcinogens, know endocrine disruptors, can easily transfer into the tissue of the animals that eat them.

I wanted to just close out last by talking about microfibres. This is a challenge that we have here in The Great Lakes. Microfibres have a unique shape and unique chemical properties, and The Walrus Magazine did a great piece on this last year, and they highlighted some of our work, and I wanted to give you an update on some research that we’ve done.

First a bit of background, studies show that a single load of washing your clothing can release thousands of individual microfibres into your waste water affluent. And when this goes to a waste water treatment plant, many of these fibers are released directly into aquatic ecosystems. The single plant can release millions of microfibres in a single day.

So in the lab I’m looking at effects, and one thing I really care about is also trying to find solutions. So one really exciting experiment that we did, was we investigated the effectiveness of these two different technologies to reduce microfibres from your wash. We did loads of laundry, both with and without these devices, one of them is one that goes directly into your washing machine, and the other is a filter that filters out the affluent on your washing machine. And these devices reduce microfibres by 26% and 87%, and that’s a lot when you consider a single red blanket that we washed had over 100,000 microfibres in a single wash. In the summer we’re running a pilot on Perry Sound in Georgian Bay, where we’re installing these filters in people’s homes, and we’ll see if we can see a reduction in microfibres at a community scale.

What’s clear is that there are many sources of plastic into the environment, there’s no silver bullet, there’s no one solution, and solutions will definitely vary by where you are and the type of plastic emission type. So I’m really excited to have this conversation tonight. Thank you. 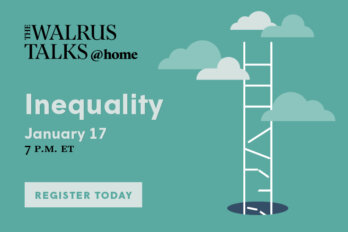 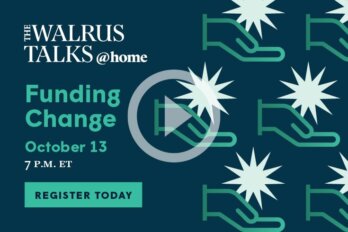