Toss of the Bitcoin | The Walrus
Skip to content

In late april 2016, a new venture capital firm began accepting investments. Its profile was unusual: it had no employees, no managers, no office. It existed only on the internet and was composed entirely of computer code. The venture raised more than $150 million in less than a month.

This was The DAO, the world’s first decentralized autonomous organization. Its programmers had a simple idea: Instead of registering a legal corporation—with its ponderous filings, annual meetings, and shareholder agreements—what if they just built a digital system wherein investors would vote on how to spend funds, and everything else would be handled seamlessly by the software? What if they could automate a corporation?

The DAO was an experiment using blockchain, a type of computer program by which information can be both shared and secured—and which experts say will revolutionize businesses in every field. “We view blockchain as having the potential to change all of technological interactions the same way that the internet changed communication in the nineties,” said Manav Gupta, chief technology officer of IBM Cloud Canada.

Blockchain has become famous thanks to its most well-known application: the digital currency Bitcoin. In conventional currencies, a few banks and the issuing government keep track of who owns how many dollars or Euros or dinars—whereas in cryptocurrencies like Bitcoin, that ledger is available to all of its members. Blockchain makes this level of transparency possible by creating a ledger that is tamper-proof (since entries showing who owns how much of the currency cannot be altered), accurate (with a process for validating new entries), and fraud-proof (by authenticating currency exchanges). This was the technology The DAO would use to protect everybody’s money.

As investments came pouring in, however, observers noticed bugs in The DAO’s code, including one that endangered members’ funds. Programmers had, in a sense, built a very strong safe without checking whether the lock worked. There was a scramble to fix the faults, but every change had to be approved by a vote of the venture’s roughly 11,000 members. In addition to crowdfunding investment, The DAO crowdsourced governance—and it was too slow. With the shareholder vote on how to fix the vulnerabilities still pending, hackers exploited the faults to appropriate more than $50 million with one keystroke.

Excited by the novel tech, The DAO’s backers didn’t use common business sense when they vetted the company. And they’re not alone. Convinced that blockchain is “the next big thing,” investors worldwide put more than $2 billion into other blockchain startups in the first ten months of 2017, with some money going to shady players. This spring, investigators found that Indian company OneCoin had attracted at least $38 million with vague plans to use blockchain to sell, among other things, “education material.” It turns out the company didn’t have any blockchain technology and hardly any products. Authorities around the world are now pursuing its ringleaders.

Making currency transactions harder to hack may not sound revolutionary. But when you realize that blockchain can be applied to any situation that requires keeping authoritative records—medical files, business deals, legal agreements—it becomes easier to understand the hype. (One company recently saw its shares surge 394 percent simply by adding the word “blockchain” to its name.) According to a 2017 report by UK-based Juniper Research, more than half of the corporations surveyed were considering a blockchain strategy. IBM is working with the shipping giant Maersk Line to track containers using blockchain and partnering with companies, including Walmart and Nestlé, to use the technology to track food from farm to shelf.

Many of the potential benefits, however, are still unrealized. And ignorance about the complex computer science underpinning the technology has caused confusion over what blockchain is presently capable of. This has prompted loud warnings about the “blockchain bubble.” It’s hard to miss the irony that a technology designed for building trust has led to such dodgy investments. Like the dot-com bubble in the late 1990s, the blockchain bubble may soon become one of tech’s cautionary tales. For now, though, the questions investors are focused on are: Which promises about this new technology are solid, and who is selling fool’s gold?

We don’t know who invented blockchain. It was introduced in 2008 in a pseudonymously published paper and almost immediately adopted in some of the more eccentric corners of the internet. Over the last two years, however, the once-fringe technology has created a fever in the corporate world.

Blockchain investment has been particularly frenzied because the technology has allowed for a new way of raising money for startups, called an Initial Coin Offering. The DAO was the first project to raise more than $100 million through an ICO. In this process, the new venture offers up “coins,” which are chunks of code, that it endows with value. It’s the equivalent of raising money for your venture by selling cocktail napkins with “IOU” scribbled on the back. But blockchain allows you to limit the number of authentic cocktail napkins in circulation. If investors want to buy them, their value jumps and the company makes money. Mutual belief in the coin’s value makes that value real.

Because of ICOs, startups don’t need access to elite venture capitalists to get their idea off the ground. They can just set up a website, market their idea, and wait for the money to roll in. And investors are eager to give it to them because of examples like Bitcoin. Those coins went from being worth pennies in 2010 to more than $9,000 at press time. (Bitcoin’s value continues to fluctuate wildly.) Jumping into the ICO gold rush has also been made easier because many traditional barriers to investing have been swept away. Anyone with an internet connection can put their money into an ICO with about the same effort it takes to order a package on Amazon.

To many, this easy access is appealing, but ICOs are also ripe for abuse. Investors may know very little about what they are buying. And unlike in the stock market, companies are not forced to disclose financial information before offering themselves for sale. Plus, because all the funding is raised up front (as opposed to venture capital funding, which is undertaken in multiple stages), new companies have an incentive to oversell themselves with few consequences for failing to deliver. A venture called Tezos recently raised $232 million in an ICO without settling who was going to lead the project. A legal dispute is now stalling the launch of Tezos’s currency, the Tez. Until it’s sorted out, investors won’t see returns. But Tezos already has their money.

Seeing investors torn between risking their money and being left behind prompted Toronto financier Alex Tapscott to start his own firm. His company, NextBlock Global, marketed itself as a way for investors to safely finance lucrative blockchain startups. In his early thirties, Tapscott has already co-authored a book on blockchain and advises the International Monetary Fund on financial technology. He told me that these credentials convinced clients that his firm will pick winning companies.

When we met in August, in his corner office in downtown Toronto, Tapscott had just raised $20 million in early stage investments. On his desk was an empty silver briefcase, the kind that, in a spy film, would be filled with bricks of cash. “Lack of knowledge and therefore possibility for wrongdoing is precisely the thing that we’re going to avoid,” he said.

Things didn’t work out as he planned. In November, Forbes reported that while trying to raise another $100 million and take his company public, Tapscott claimed that four blockchain luminaries were advisers to his firm—when they actually had nothing to do with it. Tapscott initially denied the claims. Days later, his company issued a statement saying it had “stumbled,” cancelled its plans to go public, and suggested it might give investors their money back.

Over the past several months, a stunning collision of big money, tech, confusion, and haste has produced countless examples of these swift rises and falls. And the same forces that tripped up Tapscott’s company may soon bring the high-flying ICO sector back to earth with a bump. Meanwhile, regulators are beginning to catch up with the craze. In September, the US Securities and Exchange Commission launched what is thought to be its first prosecution over an ICO, charging a New York businessman for selling shares in two companies that the SEC says didn’t have “any real operations.” As the SEC warned ICO investors in July: “If the investment sounds too good to be true, it probably is.”

Both the SEC and Canada’s securities regulators have also indicated if a “coin” looks like a stock and functions like a stock, then it will be regulated like a stock—requiring all the normal due diligence before a public sale. Some ICO devotees have complained that regulators are stifling innovation, since a crackdown would almost certainly cool the blockchain market. Others, such as James Grimmelmann, who teaches internet law at Cornell University, argue that more enforcement could serve as a sanity check. “I’ve seen very few ICOs that actually make sense,” Grimmelmann says. “A lot of people are going to lose a lot of money.”

Joshua Oliver has written for Slate and CoinDesk and was an editorial fellow at The Walrus.
Victor Wong 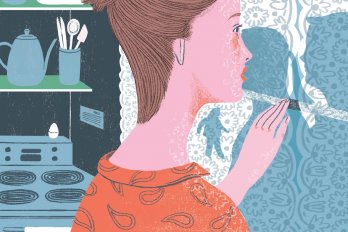 Looking Back on My Montreal Kitchens 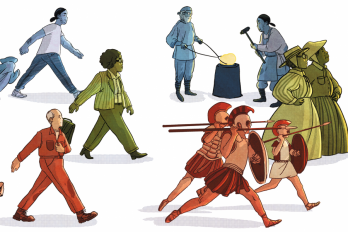 Inside the Weird World of Historical Re-enactors 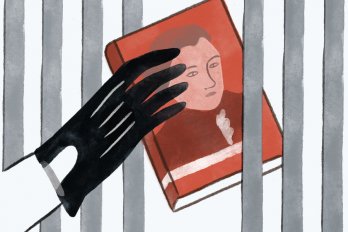 I Was a Bank Robber Until I Read Kant