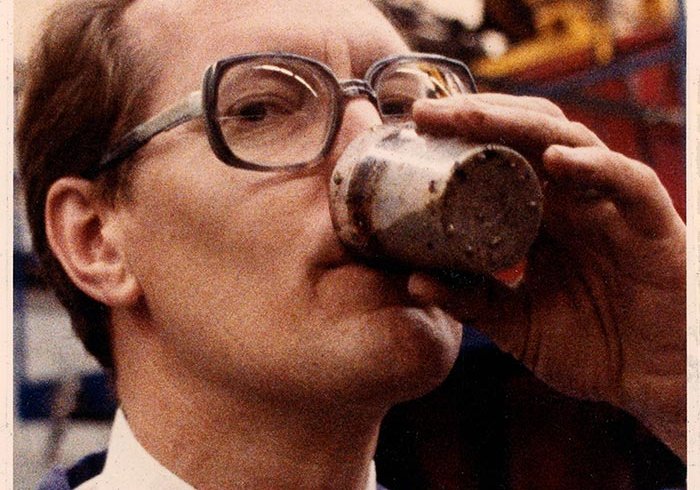 Tall, silver haired, and politely disarming, inventor Jan Kruyer is legendary within the Alberta oil sands industry for his stubbornness. Seven years ago, he and his wife found the perfect retirement property in Thorsby, a prairie village of 945 people southwest of Edmonton. The owner refused to sell. One month passed, and Kruyer called him again. Still the man insisted: “No, I don’t really want to sell.” The inventor smiles, eyes twinkling behind large glasses. “Notice a change of tone,” he says. “I don’t really want to sell.” Four months later, the property was his.

Persuading the oil sands industry to adopt his invention, the oleophilic sieve, has proven much harder. At seventy-nine, Kruyer has spent about half his life trying to win commercial acceptance for a process that could help eliminate the 170 square kilometres or so of toxic tailings ponds in Alberta’s oil sands region, and might even do so profitably.

Kruyer left Holland for Canada in 1951, at seventeen. Barely literate in English, he enrolled in a Calgary high school and got a job pumping gas from 4 p.m. to midnight. His work ethic so impressed his customers, many of them from Mount Royal, one of the city’s wealthiest communities, that they paid for his first year of engineering at the University of Alberta. “The manager kind of talked me up,” he explains. After graduating as a chemical engineer in 1962, he took a full-time position studying fluid dynamics at the Alberta Research Council.

A devout Mormon, he often drove to the temple in Cardston, Alberta, to think projects through, and it was here on January 18, 1975, that he conceived of the oleophilic sieve. Great Canadian Oil Sands (later to become Suncor) had already been mining bitumen, a viscous form of petroleum, for nearly a decade. Then, as now, the extraction process separated the bitumen from sand and clay using massive amounts of hot water and caustic soda. Toxic ponds were beginning to mar the pristine boreal wilderness.

The inventor foresaw “terrible damage” if those toxins ever seeped into the local groundwater. He began prototyping an alternative process that would feed mined sludge into a turning tumbler containing steel balls. Whatever bitumen did not adhere to the balls would be separated from the sand and clay by a screenlike meshed belt stretched around the tumbler. In theory, this could mitigate the extraction’s noxious by-products and enable producers to recover a greater percentage of bitumen, actually saving them money.

As development proceeded, though, Kruyer grew protective of his idea. He questioned directions from superiors, and refused to sign over his patent to the Alberta Research Council, as was customary. He feared that the oleophilic sieve would be shelved. “They had thought, surely a guy who has worked for us for fifteen years is not going to throw his career down the drain just for a patent,” he says. “But they didn’t realize they were dealing with a Dutchman.” He pauses for effect. “A stubborn Dutchman.” 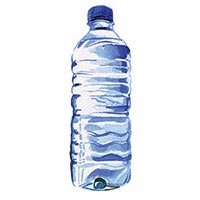 Horace Walpole introduced the word “serendipity” into the lexicon in 1754 after reading The Three Princes of Serendip, in which the heroes made discoveries “by accidents and sagacity, of things they were not in quest of.” The same can be said about the British researchers at Bristol Robotics Laboratory and Wessex Water. Since 2010, they have been working on a project to use microbial fuel cells for waste water purification. Bacteria inside MFCs feed on excrement, locking elements such as nitrogen, phosphorus, and potassium within their cells. The biochemical reactions generate enough electricity to fuel the process, and as bacterial communities grow they create an unintended by-product: a biomass that must continuously be removed. As it happens, the effluent makes an excellent fertilizer, superior to synthetic products because it releases nutrients into the soil slowly. As a result, the waste not wanted is transformed into something wanted once again.

His termination from the research council in 1978 made headlines across the province, and the patent standoff entered the Alberta courts. “I had a very good salary at the research council,” he says. “Then they put me on the street. I had five children to feed.” After three years, the two sides reached an out-of-court settlement: he signed over his first patent but retained legal rights to develop any subsequent technologies.

To make ends meet, he recruited friends (some of them “well-established businessmen”) to invest several million in his oleophilic sieve, and he set up a workshop and laboratory in Edmonton. When his new company went bankrupt in 1982, he started another. An infamous Edmonton Journal photo from this period shows him drinking a glass of tailings sludge treated by his process. “Health-wise,” he admits with a chuckle, “it was a stupid move.”

As the tailings ponds grew, he refined his pitch, now proposing that the sieve could recover the bitumen already submerged within them (about 210 million barrels’ worth at current estimates). Two third-party pilot studies showed promising results.

In 1990, the Alberta Oil Sands Technology and Research Authority led a proposal to invest $3 million in further testing, offering him $70,000 to reveal the technical details. Nobody, AOSTRA reassured him, could develop the oleophilic sieve “without your participation.” But the intractable inventor refused “to teach process details to those with deep pockets so they could patent all subsequent improvements.”

On January 9, 1991, then Alberta premier Don Getty urged him to reconsider. Moving his invention forward, Getty wrote, “requires the co-operation of industry.” But Suncor had already advised Kruyer that “our technology group has developed a system we feel is far superior than the oleophilic sieve.” His funding dried up, and to make ends meet he taught chemical engineering technology at the Northern Alberta Institute of Technology in Edmonton.

He kept writing to Suncor, Syncrude, and elected officials, but he made little headway until 2011, when Alberta Innovates sent out a public call for tailings pond solutions. After forty-four years of oil sands mining, producers still lacked an economical cleanup strategy. The consultants reviewed more than 500 methods, some of them developed in people’s garages. In August 2012, it deemed the oleophilic sieve to be one of seven “high-priority technologies” for tailings processing.

The review symbolizes a broader attitude shift within the industry. Last November, Jean-Michel Gires, the departing president of Total E&P Canada, a major energy and gas company, remarked that independent inventors “could be playing a role if they were given a chance.” Later this year, new standards will make it easier for innovators to connect with producers. “It’s a very positive development,” says Kruyer. On one point, though, he refuses to waver. “As soon as they start saying, ‘You have to give us the technology,’” he warns, “my answer will be no.”

Geoff Dembicki covers energy and climate change for The Tyee.