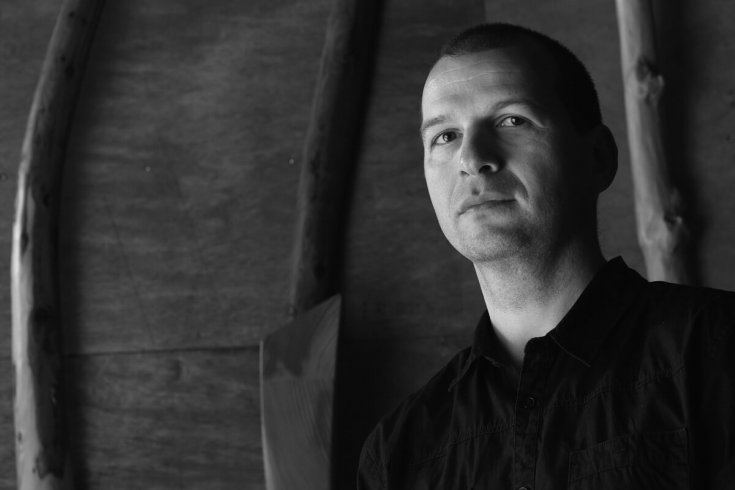 If you happen across the Wikipedia page for Johnny Weissmuller, one of the first things you are likely to notice is the prominent black and white photograph of a dark-haired man smiling into the camera as if he is trying to sell something. Should you scroll down the page, you will learn that Johnny Weissmuller (neé Johann Peter Weißmüller) was born in Freidorf, then a part of the Austro–Hungarian Empire, in 1904. You will learn how his family migrated to the US and eventually settled in Chicago. You will learn that Weissmuller went on to win a total of five gold medals in the 1924 and 1928 Olympic Games and become the first man to swim the 100-metre freestyle in under a minute. You will learn that as a competitive swimmer he won fifty-two US National Championships, set more than fifty world records, and is supposed never to have lost a professional match. You will learn that following his professional swimming career he went to Hollywood, where he increased his fame and wealth exponentially playing Tarzan in a series of twelve feature films. You will learn that his iconic Ape Man yodel became so recognizable it once saved him from a group of Cuban revolutionaries when he was captured him during a poorly-timed golf holiday. Originally taking him to be just another American, once they realized their captive was “Tarzan de la jungla,” they happily returned him to his hotel. Finally, in the subsection on his personal life, you will learn of his five disastrous marriages, his graceless slide into old age, his poor health, his eventual death as a washed-up has-been in 1984.

What you will not learn from Wikipedia is whether Weissmuller was a happy man. Nor will you find out what he was like as a husband, a father, a son, an employee, a golf companion, a lover. Did he struggle with self-doubt, worry about his legacy, harbour political inclinations? No clue.

The novel Hungary-Hollywood Express is a neon middle finger erected to literary convention.

When a novelist decides to take on the life of a historical figure, it is because such gaps offer delicious temptations. The narrative arc of a life like Weissmuller’s is already so comically literary—humble origin, early victories, golden years, tragedies of excess, fall, decline, death—the novelist is freed to adorn it with all the psychological complexity and rich description they want. They can imagine the material opulence of Hollywood’s Golden Age, the tension between Johnny’s disciplined body and hedonistic spirit, the degradation of his final years working in a Las Vegas hotel. If it wasn’t about an American, it would have Giller Prize written all over it.

Refreshingly, Éric Plamondon’s Hungary-Hollywood Express resists such urges. Available this month from Esplanade Books in a translation from the French by Dimitri Nasrallah, Express is not so much a novel about Weissmuller as it is a novel that includes information about Weissmuller: Plamondon’s storytelling is lively and colourful, but he does not turn Weissmuller into a character the way, say, Hilary Mantel does with Thomas Cranmer.

This is, of course, the point. Express is the first volume in a trilogy about America in the twentieth century (Esplanade is currently planning translations of the second two volumes, Mayonnaise and Apple S, which will be about Richard Brautigan and Steve Jobs), and Plamondon is less interested in Weissmuller as a person than he is in Weissmuller-as-synecdoche for America’s myths and obsessions in the first half of the century. For this reason, he keeps his distance: Weissmuller’s life is explored through Plamondon’s alter ego, Gabriel Rivages, a contemporary French Canadian living abroad who has become obsessed with the swimmer/actor.

While this double-protagonist plot set up is common enough in contemporary literature, it’s the only thing common about the novel. Express is a neon middle finger erected to literary convention. It has all of the bits most stories have—characters, scenes, tension, climaxes, resolutions, plot arcs—but Plamondon has dissolved the connective tissue. The novel consists of ninety chapters, each of which is a self-contained vignette. The shortest of these are only a sentence long, while the longest are a handful of pages; some are narrated by Gabriel Rivages, some by Weissmuller, some by newspaper reporters, and some seem to be Rivages but are perhaps not. To compound the confusion, many of the vignettes are only very tangentially related to the lives of Weissmuller or Rivages—at various points, there are cameos from a dying Samuel de Champlain, Statue of Liberty designer Frédéric Auguste Bartholdi, Benvenuto Cellini’s sculpture of Perseus, and an extended quotation (in the original Latin) from the famous passage of Cicero’s “On the ends of good and evil” that begins “Lorem ipsum dolor sit amet . . .”

The effect is disorienting. It is not always clear who is telling the story, or even what story is being told. It would likely become quite irritating if the book weren’t a) so short or b) so relentlessly entertaining. Consider the following example, which I’ve included in its entirety. It is titled, simply, “Hairs”:

In 1926, the four-time medal winner from the Paris Olympics is invited to visit the MGM studios in Hollywood. In near paralysis, he meets his childhood hero Douglas Fairbanks. The veteran actor gives him this advice: “If you ever do movies, make sure you shave your whole body, or else your hairs will appear huge onscreen. We won’t be able to notice anything else. It’s repulsive.”

In this witty, economical approach to subjects of historical interest, Plamondon is reminiscent of his fellow Quebecers Louis Carmain and Anne Hébert; in the tenderness that suffuses the passages about Rivages’s life one is reminded of Grégoire Bouiller. Plamondon’s prose manages that difficult balance between cleverness and beauty.

But he is also doing something all his own, something formally new. One of the blurbs quotes a review by Dominic Tardif for Voir magazine that proclaims Express “a novel for the Wikipedia generation.” It is a comment the kindness of which depends very much on one’s opinion of Wikipedia, but it does neatly capture something of the experience of reading the novel. Just as Wikipedia encourages us to hyperlink our way across this vast continent of data, ending up with little snippets of information gleaned here and there, devoid of context, Express punctuates stories about Weissmuller and Rivages with lists of swimming champions, poems, news stories, and, at one point, an explanation for why “do re me fa so la si do” became the common designation for musical notation in Europe. The novel-as-series-of-Wikipedia-entries: what are we to make of this?

In 1976, the American literary critic Edward Mendelson introduced the idea of the “encyclopedic narrative.” Mendelson’s basic argument was that certain works of literature—Moby-Dick, Ulysses, and Gravity’s Rainbow, for example—don’t simply tell a story, but try to present the totality of a culture. What seem to be pages and pages of irrelevant filler from a narrative perspective (Melville’s long, rambling lectures on cetology, Joyce’s obsessive digressions into Irish politics and Catholic theology), are in fact the heart and soul of these books. The encyclopedic novelist preserves (or creates) the coherent sense of a world.

In a more truncated way, Plamondon seems to be about a similar business. But what differentiates him—what makes him a wikipedic rather than encyclopedic novelist, as it were—is the sense one gets in Express that coherence is an accident. Even the most cynical encyclopedic novel gives the impression of a unified, logical world, even if that world is hellish. Not so in Express, where facts are connected without being related to each other in any meaningful sense. We learn, for example, that Johnny Weissmuller, like millions of other Americans, arrived in the US via Ellis Island; we learn that this is next to the Statue of Liberty, which was a gift from France to the US in celebration of its first centennial; we learn that Bartholdi originally designed it for the Khedive Isma’il Pasha of Egypt. In placing all of these different facts in proximity to each other without providing any real narrative frame, Plamondon establishes connections but not relationships. We are left, like conspiracy theorists with a ball of red yarn, trying to discern a pattern that might not be there.

There seems to be something urgently contemporary about Plamondon’s wikipedic approach. The modern West might be generally sceptical of grand narratives or broad metaphysical accounts of the world, but it also a society with a hitherto unimaginable amount of data at its fingertips. Faced with large amounts of information, we humans have always had a desperate need to organize, to establish connections, to see meaning in the random. Express gives us the pleasure of knowledge and the teasing challenge of puzzling out order, but it also provides a gentle warning about reading too much into the chaos.

André Forget (@AYForget) is a contributing editor to Canadian Notes & Queries and former editor-in-chief of The Puritan. Based in Toronto, he currently lives in Yoshkar-Ola, Russia.