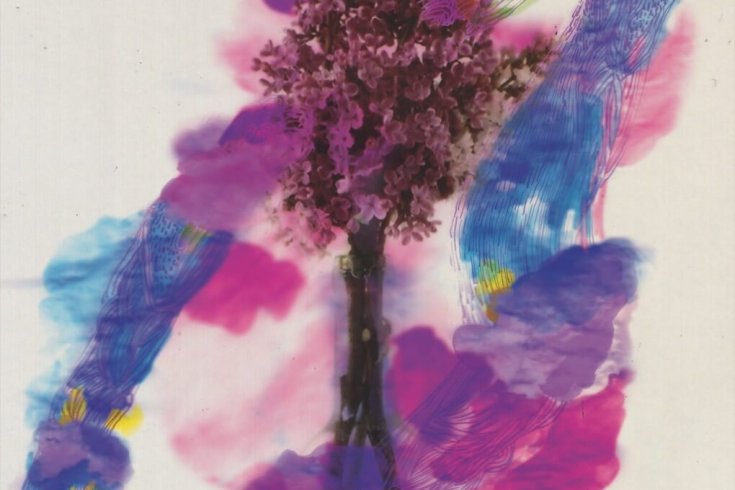 A long-limbed teenaged boy, Jesse Gilmour,is loping toward failure in high school when his dad makes him an offer: you can drop out of school, he says, if you agree to watch three select movies every week and not use any drugs.

Of course Jesse says yes. Father and son begin that “gorgeous time” together, and we begin an atypical memoir written by David Gilmour, recipient of a Governor General’s Award for his novel A Perfect Night to Go to China. This slim book follows the film club’s three-year existence. Gilmour describes the movies he introduces to his son, the discussions that arise, the interruptions by girlfriends and drugs and self-doubt.

The analysis of film is incisive, directed at both Jesse and the readers. Pay attention to the self-possessed stillness of James Dean in Giant, Gilmour says; check out the lengthened staircase in the final scene of Hitchcock’s Notorious; get caught by the closing shot of La Dolca Vita, when the girl on the beach looks into the camera, which prompts Gilmour to reflect, “And you, the glance says to the audience, what about your life?”

And what about Jesse’s life? Well, it seems to be a mess. Cinematic characters don’t speak directly to Jesse’s predicament as he stumbles through his downtown Toronto adolescence. But his father’s method of teaching is rarely didactic. Nonetheless, Jesse is gleaning what he needs—or so his father hopes.

The film club was an indulgence for both David and Jesse Gilmour. Reading the book feels like an indulgence, too: a memoir about men and boys and what they really feel, how they really talk when alone with each other. The place smells like cigarettes and man-sweat, with cusses hanging in the air, the sourness of hangovers and lust. Toward the end of the book, when Jesse is a virile young rapper who is gaining emotional independence from his father, Gilmour writes about revisiting the old movies “in the hope that I’ll feel the way I did when I first saw them. (Not just about movies either but about everything.)” he can’t, and everyone knows it.

In 2004, novelist Larry Gaudet moved with his wife and two sons from Toronto to a house he had built in Foggy Cove, a village by the sea in Nova Scotia. “So this is where we’d arrived: a personal sanctuary, as I had ideally imagined it, constructed as an escape hatch from urban stress and corporate disaffection,” Gaudet writes in Safe Haven, an idiosyncratic work that combines personal memoir, history, and philosophical rumination. Words like “safe haven” and “sanctuary” hold political resonances for us—the failed safe havens of Bosnia, for instance—but for Gaudet the concept does not refer just to peace and safety. “Entering the sanctuary,” Gaudet writes, “you must be prepared for the confusion and panic that come with confronting who you are, or might be.”

Much of Safe Haven is occupied by a self-deprecating account of domestic life in Foggy Cove: the pelting rain and fog, the trips to the train museum with the boys, Gaudet’s wife’s vague disgruntlement at living in isolation. Safe Haven really hits its stride in its second part, where Gaudet recounts his honeymoon in Greece and meets Tony (Antoine Baptiste Savoie), a fellow Acadian from Louisiana. “What does a godless man do for protection? ” Savoie asks in one of the imaginary journal entries that provide some of Safe Haven’s finest writing.

In “The Journals of Antoine Baptiste Savoie” we get an elaborate tour through temple architecture from the bronze age to the archaic Greeks to Chartres Cathedral, and it is perhaps this reach in time that inspires Gaudet to explore his own Acadian history. “In many sanctuaries of my acquaintance, I’ve often walked the labyrinth,” Savoie writes, “veering toward the heart of the sacred story, then veering away, only to return again through a different avenue to the moment of revelation.” In the end, for Gaudet, sanctuary is less about physical protection than about self-knowledge and inner freedom, and it is a process, an ongoing revelation, that takes place equally in sublime ancient temples and chaotic Nova Scotia households.

Consider the pirouette. In May 1977, at a reception in Buckingham Palace, the prime minister of Canada spun away from the Queen of England. When Elizabeth, along with Prince Philip and Prince Charles, went one direction, Pierre Trudeau went the other: toward the west, toward home. Though he made the pirouette look spontaneous, he had rehearsed it beforehand. Though many considered the spin rude, Trudeau offered no defence or explanation afterward. He let the gesture stand, elegant and enigmatic; he left the image to seed in the minds of the millions of Canadians who saw the photos that he knew would be taken.

For B. W. Powe, the pirouette dramatized the “fire” in Pierre Trudeau, along with “the unfolding rose of identity breaking through.” Trudeau’s political engagement was from the start about “mind, intelligence, society and culture directed towards a new kind of inspired consciousness.” He was a singular man whose complexity and charisma were irresistible. Canadians sensed in their prime minister both greatness and opportunity—to spin away from received ritual, to think newly about nation.

Mystic Trudeau likely makes of its subject only what Trudeau privately made of himself. Powe knew him in his final years and kept records of their conversations. Expanding on Trudeau’s pithy remarks, Powe offers a reading of his character and legacy that is as challenging as many of Trudeau’s own public assertions. The book is determined to credit Canada with a mystical tradition and to deliberate in that tradition’s arguments, employing language that is poetic, emphatic, and occasionally obscure.

“We were still in the grip of Trudeau’s idea of country,” Powe writes. “No principle or idea, narrative, image, symbol or myth had fully succeeded his dream.” If those seem like fighting words, wait for the book’s kicker: a call for the establishment of a republic in a twenty-first-century Canada that has likewise pirouetted away from “the last vestige of colonialism and empire.”

Elizabeth Hay’s previous novel, Garbo Laughs, was about our romance with the movies. In her rich new novel, she writes about the power and intimacy of radio, and how we can fall in love with certain voices.

Late Nights On Air is set in a small Yellowknife radio station in 1975, where two young women are learning on the job as novice broadcasters reading the news during the slow hours of the night. A radio station is a perfect setting for writing about the isolation and the community of the North.

One of them, the alluring Dido Paris, is a natural, with a voice “like a tarnished silver spoon.” The other is a shy but unswerving easterner, Gwen Symon. It was a cbc radio drama about the English explorer John Hornby and his fatal journey into the Barrens that compelled Gwen to get in her car and drive over 3,000 miles to see the tundra for herself. Hornby, in fact, is the ghostly central character of Hay’s story.

People pull up stakes abruptly in the North, and so do the multiple characters in this book, which is a bit unnerving. Once several affairs are set in motion among the staff, the story abandons the radio station and moves out into the landscape. Two couples embark on a six-week canoe trip where the evocation of the tundra—its emptiness, silence, and delicate beauty—is stunning, almost a new species of erotica. Hay portrays the tender bonds that are forged (and broken) in such wild places.

The novel brims with curious data, too. In the course of her story, Hay swoops down like a raven on odd, shiny bits of information about the North. The tufts of soft muskox hair that snag on branches in the bush are called qiviut; the violet shades of the northern lights are due to nitrogen; the sound of someone crawling into a tent pitched on dry lichen in the tundra is a dry crackling, like wrapping paper. Nothing seems to escape her. This is Hay’s best novel yet.