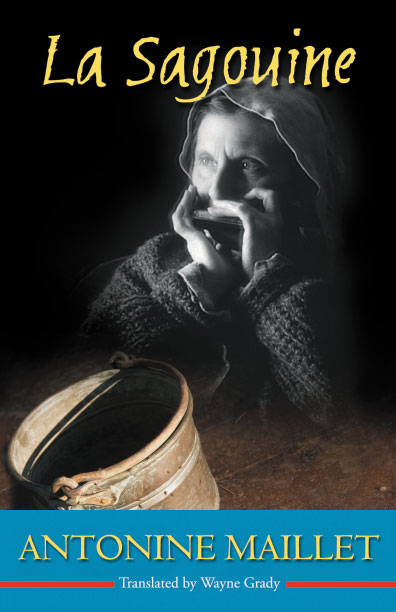 They don’t use fancy words, only those passed “from yap to trap.” Their bastardized language, and the world it reflects, seems shameful when the outside world looks in.

This is the life described by La Sagouine, the illiterate washerwoman who is the narrator of Antonine Maillet’s novel—a life of selling sex and mopping floors, marrying your first cousin, and birthing twelve children, standing in the back of the church aware of your animal smell, wearing hand-me-down hats from the rich whose dirt you take home in your bucket. How could she begin to portray the beauty of those first geese flying in spring? “It’s like your whole life is gathered up in your veins, and all of a sudden you can’t tell the gulls’ cries from your neighbours calling out to each other. It’s like all your memories come flooding in on you all at once just from seeing them geese come back at the start of spring.”

The book takes the form of a monologue, a fleeting oral tale set down on paper. La Sagouine became a crucial text in Acadian literature when it was first published in 1971. Now it has been given new voice in a translation by Wayne Grady. The original English translation by Luis de Céspedes, published in 1979, retains the cragginess of the language, but the sentences get snagged by the written expression of Acadian dialect. Grady’s translation flows more smoothly, capturing the urgency of the character’s unschooled thoughts.

As this elderly woman contemplates her life, she is aware that her culture is both different and dying. In the chapter entitled “Census,” government officials try to box the Acadians into categories. “We got nothing for them to censor, them census-takers… We got no land of our own, we can’t say what religion we are, we don’t know what our nationality is. We don’t think we have one.”

They do, though, in part because Maillet has created that category—that essential written identity—through this vital book.

Blue Covenant: The Global Water Crisis and the Coming Battle for the Right to Water by Maude Barlow 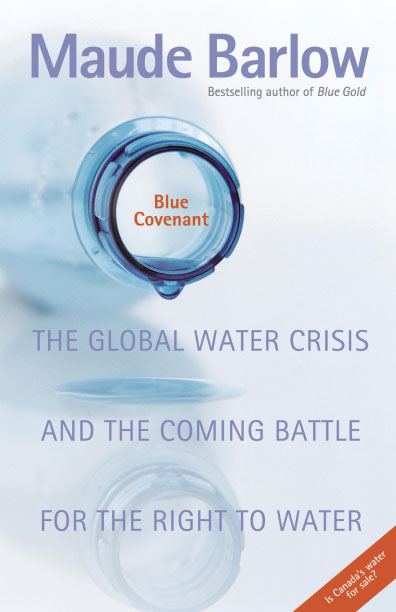 The difficulty with our focus on global warming as the new convenient cliché is that other catastrophes get left out in the cold. Maude Barlow argues that the global water crisis is “easily as great a threat to the Earth and humans as climate change (to which it is deeply linked),” and her case is both compelling and disturbing. Among the shockers: one-tenth of the world’s irrigated crops are watered with sewage, mostly untreated, that spews out of city pipes into adjacent fields.

Barlow’s sequel to 2002’s Blue Gold covers familiar territory. We’re running out of fresh water—destroying natural cycles and draining non-renewable aquifers—while huge numbers of people can’t access clean water (130 million in Latin America alone), a situation she calls water apartheid. Canada isn’t immune either. We don’t have nearly as much renewable water as we think, and what we have we’re managing poorly. Barlow also bolsters her argument that growing corporate involvement in water matters is making things worse. World Bank–backed privatizations of water services in the global South have been a disaster resulting in pathetic service expansion, rights violations, and a decrease in overall investment in infrastructure.

Blue Covenant’s key contribution is its proposed solution: the eponymous three-part covenant of conservation, justice in North-South trade deals, and water democracy. To ensure the last, Barlow echoes calls for a UN treaty proclaiming water a human right, while asserting public needs over commercial interests. Her program flies in the face of free-market orthodoxy but is not without hope. One of her proposals is replacing private sector involvement in developing countries with a massive expansion of public enterprises.

In the world of politics, Barlow notes, expertise is flowing north, but activists in the global South are forging idiosyncratic institutions at the municipal level, incorporating community participation and oversight. They could be on to something: figuring out how to keep common resources public without handing them over to the state.

Notwithstanding some jejune symbolism involving a fish named The General, Pascal Blanchet’s new graphic novel is a beautiful and intelligent account of the rise and fall of a small Quebec town founded in 1934 on the Saint Maurice River. It is the first English-language release for the young Blanchet, whose work recently appeared in the New Yorker, and the elegance of its aesthetic is sure to propel him to the forefront of cartooning culture.

The (true) story of Rapide Blanc begins in the Montreal offices of Shawinigan Water & Power, where plans are being made to build a hydroelectric dam 230 kilometres north of Trois Rivières. Unsurprisingly, nothing much is happening north of Trois Rivières in the late 1920s, so an entire village has to be built to house the dam workers and their families. White Rapids moves from the village’s early days to 1969, when the recently amalgamated Hydro-Québec decides to automate the dam, sounding the death knell for what in Blanchet’s version is a swinging place of jazz and small-town conviviality.

Blanchet refuses to divide his story into smaller panels, and frequently stretches his large-scale art across consecutive pages, pushing the narrative along with an energy that echoes the vigour with which the village itself is constructed. He uses text sparingly, and when he does it’s often incorporated into elements of the images. His narrative is written out on an office building address plate, a plank of wood, or a movie screen—a technique that cleverly suggests the ingrained inevitability of not only this particular story but the age-old cycle of optimistic greed of which it is a part.

Unlike many who work in a nostalgic mode, Blanchet is not interested in minutiae. Instead, White Rapids trades in archetypes. There are no traditional characters here, only the power company and the hamlet it creates. But they’re rich enough for the work being done, and in reaching for the universal Blanchet’s hand is steady.

Outside the Wire: The War in Afghanistan in the Words of its Participants by Kevin Patterson & Jane Warren, eds. 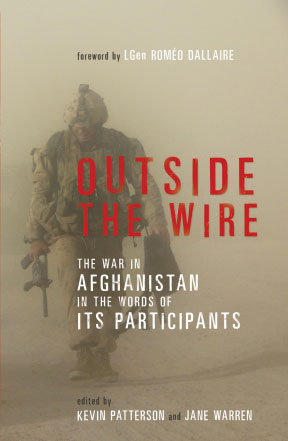 Canadians cannot do enough soul-searching about our mission in Afghanistan, it seems, and, based on forums such as the one conducted by cbc Radio’s Michael Enright in late September, few questions, however apparently naive, should go unasked. For two hours, Enright’s expert panel debated the issues, first among themselves and then with members of the public gathered at the University of Ottawa. Little was resolved, but the views expressed—in equal measure by supporters, detractors, and those agnostic about Canada’s role or strategy—were thoughtful, considered, and sometimes revelatory.

There was one voice missing on the panel, however: a Canadian soldier, whether man or woman, back on home soil, with a leg or arm blown off in battle or not, clear in his or her views or not. Polemics about “staying the course” or withdrawing we hear enough of, and the leitmotifs employed by both sides too often simply hide, or attempt to hide, reductionist arguments. Rather, direct participants relating narratives of war, whether from the trenches, medical tents, or psych wards (where the recovery of combatants is anything but certain), or even on-site at development projects, are what is needed.

This is the contribution made in this startling new book. Here, the voices of battle denote the ecstasy of survival, the thrill of engagement, and the crippling loss that accompanies the death of friends and compatriots. At times haunting and desperate and at other times playful, even lyrical, these unmediated dispatches are flesh and bone, mind and matter, and, above all, soulful to the last.

For observers of Canada’s national drama on the killing fields of Kandahar province, Outside the Wire is a must-read. It ensures that our soldiers are heard—that they do not go missing in action.