The Unmaking of Claude Lanzmann | The Walrus
Skip to content 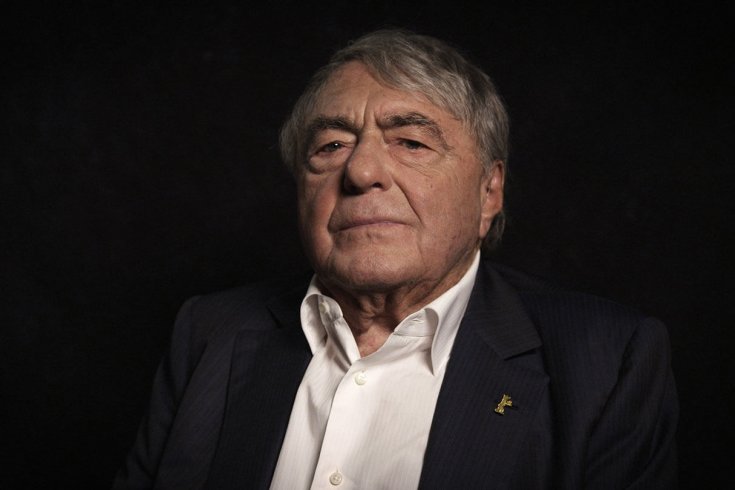 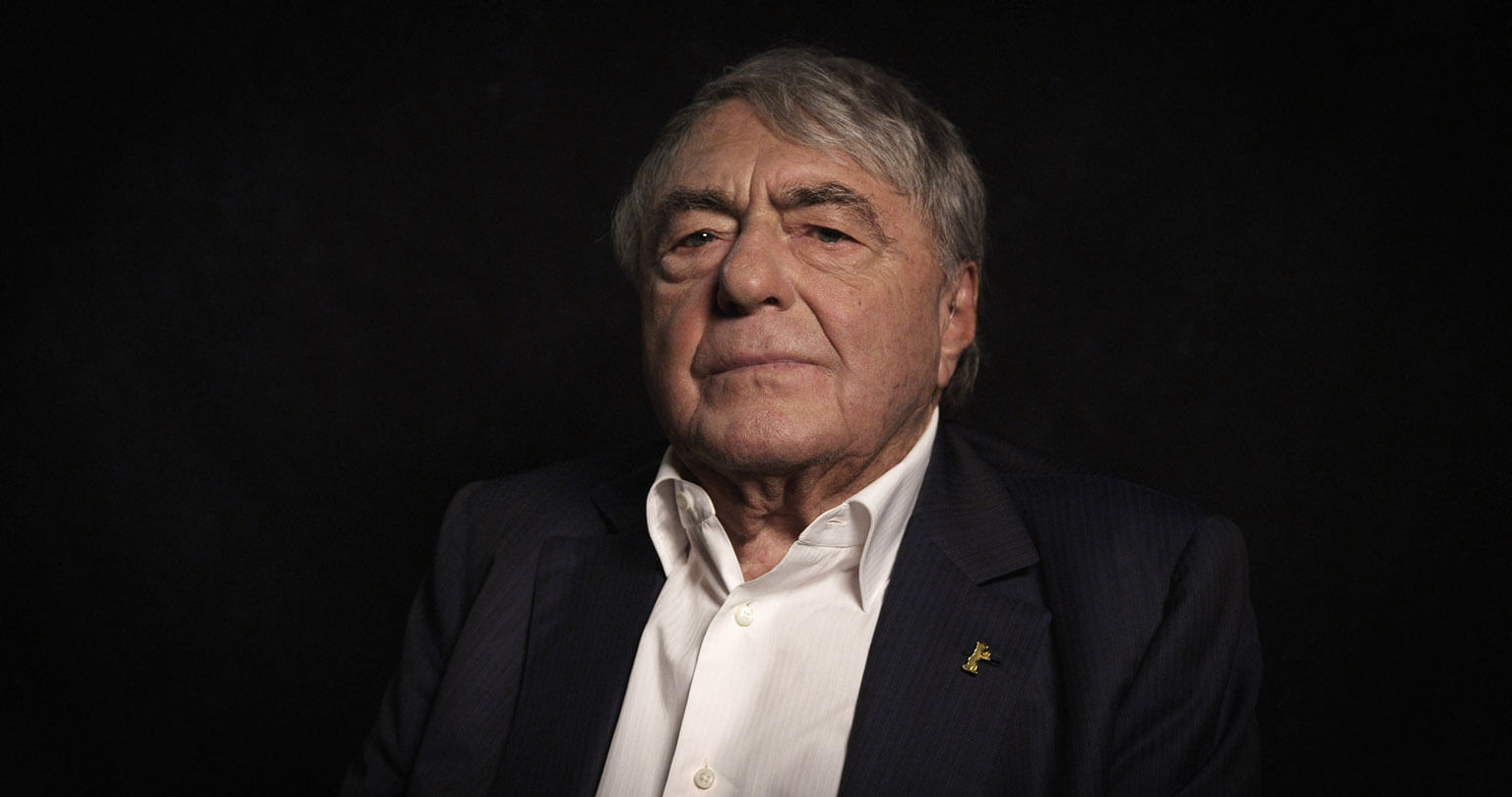 There are, in general, two responses to seeing the Holocaust depicted on screen. It’s been done too often (what more is there to say?) or it shouldn’t be done at all (its enormity is unfilmable). But if there’s any consensus about the genre, it would certainly be that Shoah—Claude Lanzmann’s nine-and-a-half-hour examination of the genocide—is the most harrowing, memorable, and brilliant film of them all.

The documentary, first released thirty years ago, is noteworthy for what it doesn’t do. After being asked in 1973 by the director-general of Israel’s Ministry of Foreign Affairs to make a film about the Holocaust as seen “through Jewish eyes,” Lanzmann opted to forgo archival footage. Instead he conducted extensive interviews with Holocaust witnesses, including onlookers, former inmates and Nazi officers (some captured by hidden cameras). While some critics have disparaged the talking-heads style of interviews, Lanzmann embraced it, using it to show ordinary language’s struggle in describing the undescribable. He was forty-seven when he started work on Shoah, and nearly sixty when he completed it. The result is a profoundly unsettling exploration of how the atrocity was carried out—Lanzmann never asks why it happened—and the ways in which memories, both collective and personal, are shaped by trauma.

After Toronto-based journalist and filmmaker Adam Benzine saw Shoah for the first time five years ago on the recommendation of a friend, he looked for a film about the “existentialist philosopher” behind the masterpiece, which Benzine assumed existed. It didn’t. “Here’s a man who fought with the resistance,” he says, “who was a lover of Simone du Beauvoir, who made this epic film about the Holocaust, who is now in his eighties, and there’s no documentary about him? I was amazed.”

Benzine set out to correct that wrong, and the result is Claude Lanzmann: Spectres of the Shoah, a forty-minute tribute which has been nominated for an Oscar in the short-documentary category. Inspired by Errol Morris’s The Fog of War, which is itself elegantly constructed around an extended interview, Benzine decided to simply point a camera at the hardened director and have him talk. Sitting through five hours of interviews conducted over the course of a week in Paris, Lanzmann discusses his battles with producers and financiers and his gruelling half-decade spent editing Shoah. The movie, which flashes back to key moments from his past, includes rare footage of him flirting with de Beauvoir and chatting with Jean-Paul Sartre as well as his admission that he felt suicidal during the twelve-year making of Shoah.

This final revelation isn’t surprising, when one considers the historical material Lanzmann was dealing with. While Benzine is sparing in his use of clips from Shoah, one scene he does include is arguably the signature sequence of the film, when Lanzmann interviews Abraham Bomba, a barber in Tel Aviv, about his memories of cutting the hair of people who were about to be exterminated at Treblinka. The man goes on to describe another barber who finds himself cutting the hair of his own wife and daughter before they are sent to the gas chambers. Lanzmann looks almost cruel in making the barber reveal his anecdote, but Benzine gets him to discuss why he felt it so important for the story to be revealed. “His tears were as precious as blood to me,” Lanzmann says.

While his conversations with Jewish survivors proved harrowing for Lanzmann—he confides he lived the aftermath of the movie in “a sort of bereavement”—what is extraordinary is how the stories of landing his other interviews make Lanzmann and his crew seem like cold war spies. At one point they track down a Nazi officer who agrees to let them into his home. They carry a bag in with them, which contains a hidden camera and microphone. The Nazi’s wife becomes suspicious, and asks them to open the bag. They refuse, an argument erupts and several men show up at the door, suspicious of the film crew. They rush out into the street and are chased for several blocks when Lanzmann and one other crew member are beaten. Lanzmann’s injuries were so serious he spent a month recuperating in a hospital.

Getting access to Lanzmann required Benzine to adopt his own spy tactics. He met up with the director at a British film festival that was screening Shoah. Lanzmann was personable but made it clear he was busy. Contacting a friend who worked in programming at the BBC, Benzine suggested they screen Shoah for the film’s thirtieth anniversary. His friend loved the idea, so Benzine followed up: what if they accompanied it with a doc about Lanzmann? Again, great idea, but his friend added: “I can’t pay you.”

Benzine wasn’t bothered by this, but asked for a letter confirming the documentary on BBC letterhead, which he then sent to Lanzmann. The official seal of the respected British broadcaster led to a yes from Lanzmann’s office, and Benzine proceeded with two full years of intense research. This involved watching all of Lanzmann films, poring over his files and digitizing hundreds of hours of unseen outtakes of Shoah at the United States Holocaust Memorial Museum.

Benzine is upfront about Lanzmann’s reputation as a difficult person (the director kept lying to his backers how much time and money would be needed to finish the film). Legendary filmmaker Marcel Ophuls describes Lanzmann as a “megalomaniac” early in the documentary. But Benzine, who spent $50,000 of his own money on the project, says he feels “quite defensive” about the man behind Shoah. “This isn’t a making-of film about Shoah. It’s more the making of Claude—or the unmaking of Claude, as it were. Obviously, people appreciate Shoah, but I’m not sure they know the toll it took on him. Frankly, only a ‘difficult’ person could have survived the process.”

Benzine plans to bring Lanzmann, now ninety, to the Academy Awards ceremony on February 28. (In one of many of the long list of bizarre Academy oversights, Shoah wasn’t even nominated for an Oscar when it came out.) “So many people regard Shoah as an important work of cinema, and feel a debt of gratitude to him. It will be great for him to get some of that appreciation.”

An earlier version of this article incorrectly stated that Abraham Bomba was talking about his own family’s death in the Treblinka death camp, when he was in fact discussing the experiences of a fellow barber, whose family was murdered. This was a reporting error and was not based on information provided by Adam Benzine. The Walrus apologizes for the error.