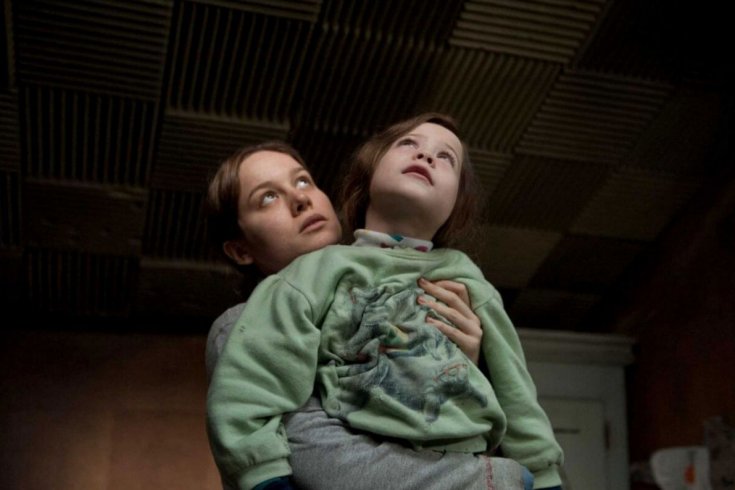 Actors Brie Larson and Jacob Tremblay in the film Room.

After watching Lenny Abrahamson’s Room, I did what I always do when I see a movie I’m expected to like but don’t: I went online in search of critics who shared my feelings. I didn’t find many. Responses to the film, particularly in Canada, have been breathlessly positive, perhaps unsurprisingly, since Room is a partially Canadian production, filmed in Canada, and adapted from a novel and screenplay by Irish Canadian author Emma Donoghue. (It’s also nominated for Best Picture at the Oscars.)

Donoghue puts her protagonists through a terrible ordeal to explore how trauma looks through the naïve eyes of childhood. That’s fertile material, but too often the film is absorbed in a second preoccupation: How do you make Oscar bait out of extreme human hardship? The answer: with schmaltz and pop psychology.

The critical consensus is that Room succeeds precisely because it transforms the darkest subject matter imaginable into an uplifting experience. “Room is astonishing,” wrote New York magazine’s David Edelstein. “It transmutes a lurid, true-crime situation into a fairy tale.” The critical aggregator Rotten Tomatoes sums up the film as “unforgettably harrowing—and undeniably rewarding.” But should a film about extreme trauma be in the business of handing out rewards? Or does an honest story about the bleakest possible subject have a duty to be bleak? At the very least, such a story should start from a position of respect, if not for the characters then for the intensity of what they’ve endured.

The suffering in Room is about as grim as it gets. For seven years, Joy Newsome has been living in a garden shed, held captive by a man she knows only as Old Nick. He rapes her repeatedly, and she’s raising their son, Jack, whom she nurtures with fierce maternal devotion. Shortly after Jack’s fifth birthday, Joy plots an improbable escape. Even more improbably, it works. The second half of the movie charts Joy and Jack’s adjustment to life on the outside, which is tough for Joy, but easier for Jack.

At a hospital the morning after the escape, a psychiatrist tells Joy that she did well to get Jack “out while he’s still plastic.” The doctor is referring to neuroplasticity, the notion that human brains, particularly those of children, rewire themselves as circumstances change. If postwar developmental psychology tended toward fatalism (in which even mild childhood upsets might poison our psyches for the rest of our lives), neuroplasticity envisions a brain that constantly adapts. In the film, this theory is crudely deployed, giving Abrahamson and Donoghue cover to tell a story about a young protagonist easily putting captivity behind him. “You’re going to love it,” Joy tells Jack moments before the escape. “What?” he asks. “The world,” she responds.

Donoghue’s novel (and screenplay) drew on the case of Josef Fritzl, an Austrian man currently serving a life sentence for incest, rape, coercion, false imprisonment, enslavement, and criminal negligence causing death. For twenty-four years, Fritzl imprisoned his daughter, Elisabeth, in a purpose-built cell underneath his home, fathering seven children with her. The crime came to light when Fritzl allowed one of his captives, Elisabeth’s eldest daughter, Kerstin, to be hospitalized for kidney failure. The story went international, with the BBC calling it “one of the worst cases in Austria’s criminal history.”

Donoghue’s adaptation is deliberately loose, and fair enough. In an interview with the Guardian, she said that her story was more “triggered by” than “based on” the Fritzl case, and anyway, the right to make things up is one of the few luxuries writers enjoy. But you can tell a great deal about Donoghue’s (and Abrahamson’s) intentions by what they leave out.

There are the obvious market-driven tweaks. The characters speak English, not German, and they live not in Austria but Ohio (or a version of Ohio that is replete with Toronto landmarks). More tellingly, Donoghue removes the incest narrative. Instead of Josef Fritzl, the monstrous father, we get Old Nick, a stranger who abducts Joy seemingly at random.

That choice makes sense when you consider that Room is about familial bonds: Joy’s gritty determination to raise and educate her son amid impossible circumstances, and the steady if imperfect support she gets from her family (her mother, Nancy, and stepfather, Leo) after the escape. When Jack spontaneously looks up at Nancy and says “I love you, grandma,” people around me in the theatre sighed and sobbed—indicating that the movie got the exact effect it was going for. In a story that derives its appeal by depicting familial love, an incest narrative is an inconvenience.

Room takes a darker turn—albeit, only briefly—when we meet Joy’s biological father, Robert, whom we learn divorced Joy’s mother and turned to alcohol after the abduction. Robert is so disturbed by the sight of his new grandson (presumably because the boy shares DNA with Joy’s captor) that he chooses to look elsewhere—mostly downward, into whatever he’s drinking. Here, the film pays lip service to a documented social fact: that families of the missing or murdered frequently disintegrate. (Data is patchy, but some studies suggest that the divorce rate among parents of murdered children could be as high as 70 percent.) Ordinary grief may bring us together, but extreme grief is as likely to drive us apart.

It’s a discomforting fact that Abrahamson and Donoghue are as quick to sidestep as they are to broach. Shortly after introducing us to Robert, they whisk him away. We learn only that he left town, and that’s the last we hear of him. In his place, we get Leo, Nancy’s new husband, an all-American mensch who seems genetically incapable of saying the wrong thing. A bad father is expelled and a worthy surrogate is parachuted in.

The film specializes in this kind of narrative bait-and-switch. It’s not that Abrahamson and Donoghue are afraid to gesture to dark realities; it’s just that they’re afraid to dwell on them. For every serious emotional challenge, there’s a character with the right healing words or gestures; for every deep wound, some Polysporin and a Band-Aid. For instance, Joy attempts suicide after discovering that freedom is in some ways as isolating as captivity. But then Jack, heroically, steps in, instructing Nancy to deliver a lock of his hair to Joy in hospital as a kind of talisman—a reminder that his mother isn’t alone in her suffering. “Can my strong be her strong?” he asks. It’s a saccharine line, and remarkably eloquent for a five-year-old.

How, one wonders, did Jack turn out so well adjusted anyway? During his first few weeks of freedom, he’s an introverted kid who speaks only in whispers and would rather look at walls than people. But his timidity passes as quickly as inclement weather. Pretty soon he’s cuddling with Seamus, the family dog, whom he takes to instantly, and playing soccer with the boy from down the road. As a five-year-old, I was terrified of dogs and balls, so I almost envied the ease with which Jack embraces the ordinary pleasures of American boyhood.

Or perhaps it’s better to say that I would’ve envied it if I’d believed it, but Abrahamson and Donoghue make Jack’s recovery seem far too easy. Yes, our brains are plastic. We can learn to reframe traumatic memories in healthy (or healthier) ways, but these developments take years (sometimes decades) of intensive work. And extreme suffering has a terrible way of hanging around, not only in the minds of those who experience it firsthand: A recent study from New York’s Mount Sinai Hospital suggests that the horrors of the concentration camps are legible in the DNA of Holocaust survivors’ children.

As a film about psychosocial strain, Room is inconsistent—as anxious to unsettle as it is to reassure. Of course, art doesn’t need to be dark or difficult to be serious. In an age of speciality cable TV, there are good reasons to avoid making yet another gloomy, ultra-violent crime saga. But there are equally good reasons to not make a film that’s “triggered by” Josef Fritzl. Perhaps the worst thing about Room is that it’s corny—an exercise in soppy dialogue and swelling orchestral music. And corniness, in a movie about extreme trauma, strays easily into insensitivity.

Toward the end of Room, Jack summarizes his impressions of his new world, speaking in childish diction that we’re supposed to interpret as profound. “There are so many things out here. And sometimes it’s scary,” he says. “But that’s okay.” If the film has a thesis, this is probably it.