The Art of the Blurb | The Walrus
Skip to content 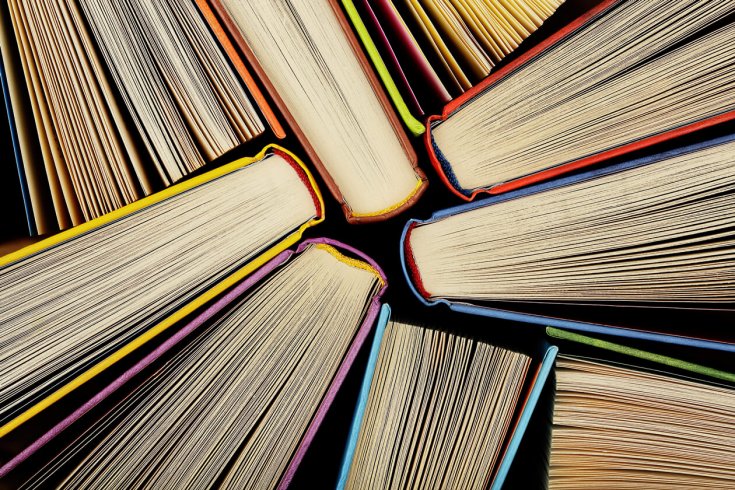 Few Canadian writers have been more deliriously blurbed than Anne Carson. “[T]he most exciting poet writing in English today,” declared Michael Ondaatje. “ . . . I would read anything she wrote,” proclaimed Susan Sontag. These and other big names gracing her early books—Alice Munro, Guy Davenport—projected a gravity field. They had the power to pull you in, even if the book itself turned out to be a gas giant: impressively opaque, but ultimately vaporous.

You can imagine my surprise, then, when I discovered a doctored blurb about Carson, attributed to yours truly, on the Random House website. I had recently panned Carson’s book Red Doc> in Poetry magazine, and some collagist had reordered sentences from my review to suggest a positive appraisal. But why the desperate measures? Carson certainly isn’t wanting in the sort of glowing press that produces ember-like pull-quotes. (The doctored blurb has since been pulled from the page promoting Red Doc>, but it lives on here.)

We like to pretend that blurbs are a trivial, necessary evil, like the corporate logos that plaster the sides of racecars. But blurbs matter. I have bought books because of an artful, well-placed endorsement. I bet you have, too. Middleman, matchmaker, lubricant—some blurb once stood between you and a book you now love.

First, taxonomy: there are two distinct classes of blurb. Some are solicited in advance of a book’s publication; others are pull-quotes, extracted from reviews. The solicited blurb, arranged by publisher or author, is obviously the inferior specimen. A person can be asked to endorse a book and truly—sincerely—mean it. But his lab-grown praise is, at bottom, a favour in aid of marketing. The review blurb, on the other hand, is by its very nature superior. No one compelled the reviewer to plug the book, and he could just as easily have panned it. The review is the natural breeding ground of trustworthy blurbs.

Even among the lower order of solicited blurbs, however, there’s a hierarchy. The best of these come from recognizable names that require no further qualifier, like Stephen King. It’s always slightly pitiful when a blurb has to assure us that the blurbist is the author of something:

Obviously, such blurbists are nobodies who diminish the very books they’ve been asked to help shift. They are fourth choices, fifth choices. If your name needs a qualifier, you’re not ready to write blurbs for people.

Proportion is also an indicator of quality. It’s not promising when a book’s first few pages are nothing but blurbs—pull-quotes from an endless roll call of major newspapers and magazines, each one ecstatic. (See, for example, The Brief Wondrous Life of Oscar Wao in paperback.) Few books deserve that much praise (few books deserve praise, period) and it’s a minority of critics who can identify them anyway. The avalanche of good press is often triggered by groupthink: the unconscious, uncoordinated conspiracy that develops when the editors who assign reviews have bought into some book’s advance marketing or are responding to the pressures of the Zeitgeist.

One or two decisive blurbs is a much better look. You can trust the book that carefully curates its praise. My copy of Lolita features a single statement from Vanity Fair: “The only convincing love story of our century.” Blurbs should drop the mic.

Good books attract good blurbists. Bad books are often betrayed by their blurbists’ technique. “Technique is the test of sincerity,” said the poet Ezra Pound. “If a thing isn’t worth getting the technique to say, it is of inferior value.” Let’s take a closer look at a blurb by the esteemed culture review USA Today:

Few books require a ‘highly flammable’ warning, but The Brief Wondrous Life of Oscar Wao, Junot Díaz’s long-awaited first novel, will burn its way into your heart and sizzle your senses. Díaz’s novel is drenched in the heated rhythms of the real world as much as it is laced with magical realism and classic fantasy stories.

I’m a sucker for alliteration, but “sizzle your senses” is what I’d use to explain the concept to middle schoolers. Also, all books, not “few,” are “highly flammable”—that’s science. And how can a book be both “drenched” and “laced”? The prose of Díaz’s insincere blurbist doesn’t pass Pound’s test.

For contrast, here’s what sober Alison Bechdel says on the back of Katie Roiphe’s essay collection In Praise of Messy Lives:

Katie Roiphe does not so much explode pieties as slice them open and prod their strands apart with equal parts rigor and transfixed, childlike curiosity.

No senses were sizzled in the making of that blurb. There’s music, but it’s subtle. There’s imagery, too, but no clichés. No hearts. Bechdel is getting at Roiphe’s calm, surgical precision in a similarly calm and surgical way. Clearly, Roiphe’s stylish writing is worth the pains Bechdel’s prose takes.

But nevermind Pound’s test. Which book sounds more promising—the one that slices and prods with “transfixed, childlike curiosity?” Or the one that sizzles and leaves you with heartburn?

The philosopher Michel Foucault once wondered if a laundry list, discovered among an author’s papers, should count as part of his oeuvre. It’s the sort of mind-expanding query that works best when the mind is located in the undergraduate skull. It draws attention to how we blithely privilege some artifacts over others when deciding what comes under the category of art. But it’s still a stunt; Foucault wasn’t encouraging a devotion to laundry lists.

Blurbs, on the other hand, are a species of micro-criticism worthy of our scrutiny. And because criticism can aspire to the condition of art, so, too, can the humble blurb. I love the obsessives who have tracked and preserved the various endorsements authored by the reclusive novelist Thomas Pynchon. These fanatics know that even Pynchon’s scraps are events. They know that blurbs, when composed by great writers, carry trace elements of genius.

The jacket of Christopher Hitchens’ memoir has a generous line by Gore Vidal: “I have been asked whether I wish to nominate a successor, an inheritor, a dauphin or delfino. I have decided to name Christopher Hitchens.” But the blurb is crossed out, and next to it, in red handwriting: “no, CH.” Hitchens fell out with Vidal after 9/11. His annotation of Vidal’s high praise is snarky. Sneaky. He gets to benefit from the honorific even as he appears to reject it. This is the coffin-cool anti-blurb in all its chilliness.

Then there’s Adam Kirsch, who called Slavoj Žižek, “the most dangerous philosopher in the West” in an essay for The New Republic. (Kirsch was repelled by Žižek’s apparent embrace of violence.) Žižek, naturally, turned around and redeployed the phrase as praise on his next book.

Blurbs can be weaponized. They can be turned back on the blurbist like the shiv he holds in his hand, the one he thought he was wielding.

Books you were going to write with letters for titles. Have you read his F? O yes, but I prefer Q. Yes, but W is wonderful. O yes, W.

It’s always easier to author responses to books than the actual books. But most real-world endorsements might as well be describing fantastical works. Like relentless missionaries, blurbs are always bringing the good news. The blurbist may harbor genuine doubts about a particular novel or collection of essays, but these are always left behind in the original review—or submerged. Everything is a masterpiece, a must-read, a page-turner, a dazzler, a Roman Candle.

We would be blinded to have so many brilliant books. A human-scale effort that responds to the needs of smart readers is always preferable, and always harder to find. “A quietly vital and cleanly written novel that moves, page by page, towards a most interesting target.” That’s Truman Capote’s blurb for A Separate Peace. And in an age of souped-up superlatives, isn’t the phrase “most interesting” instantly trustworthy? Wouldn’t you prefer to read something “quietly vital and cleanly written?” It’s remarkably easy to appear to possess an aggressively quirky voice (see Carson or Díaz). It’s devilishly hard to write cleanly and interest readers. The best blurb, which is to say the best criticism, checks its superlatives and reveals the critic to be a human reader, greedy for intelligent distraction. For delight. He demands shrewd engineering, not literary excellence. Of course, it’s the conspicuous appearance of the latter that sells books and wins awards. But it’s the former that everyone secretly wants.