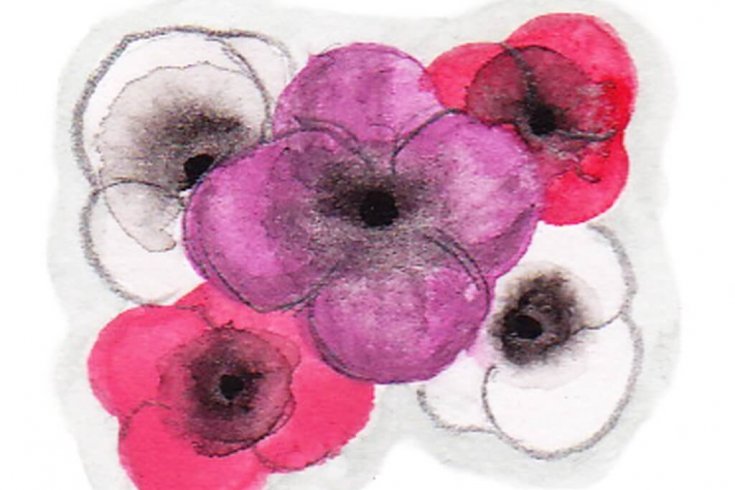 Blinking in the half-light, almost bright
after the school’s dim corridors, we’d pass
the line of poplars, tall black sentries
at the outer limits of the play field.
Street lights flicked on, one at a time,
new snow coming down, heavy and wet.
We ran the hill and slid, our boots
etching serpentines on the snowy sidewalk.
A big boulevard to cross, then the empty
lot, whose Scotch pines knelt beneath
the snow’s accumulation, blue in this light,
before the final, dangerous curve.
We always sensed them, were never
prepared for the three or four boys
crouched between the blind flanks
of houses, coiled to grab our hats and run
with impossible suddenness, schoolbags slung
like ammo belts across their eight-year-old chests.
We jammed the hats our mothers bought
deep in our pockets like charms—anything
to deflect their rough attentions,
though I knew it meant they liked us:
I had two brothers and understood
to love meant to torment.
A schoolmate’s mother, who sang
in a barbershop quartet,
had already hung herself at home.
Another child’s father would soon seal
his garage door with duct tape,
and start the family car.
She left no note, his would say,
he loved them all. I thought the trick
was to sidestep even the smallest emergencies,
disappear in our blue or grey duffel coats,
hats clamped in our wet fists, to will
them by like fire engines when the fire
is elsewhere and much more urgent—until
they’d blown past, their boisterous voices
receding, and three or four Canadiens jackets
drew so close to the vanishing point,
you could hide them by holding up a thumb.
We’d walk home quietly in the softly
falling snow, small monks who remained,
to all appearances, untouched.