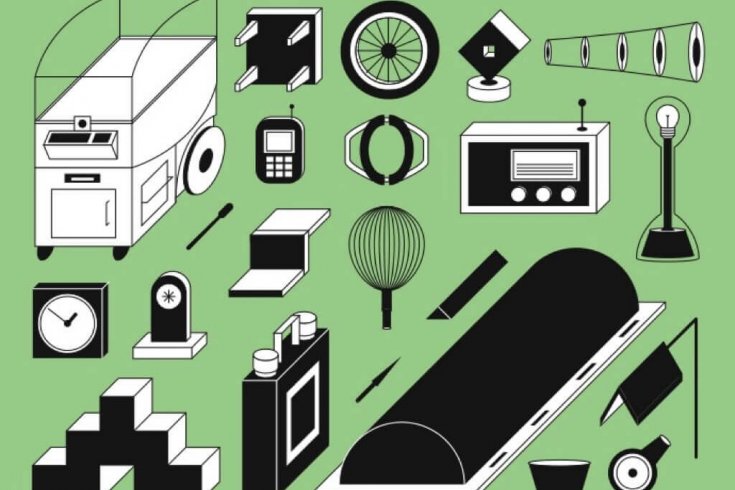 Just inside the entrance to the National Design Triennial, at the Smithsonian’s Cooper-Hewitt, National Design Museum in New York, sits the Solvatten, a shiny, black rectangular plastic container resembling an ordinary gasoline canister. Your first reaction upon seeing it might be to wonder why it’s sitting inside a design museum; however, the nondescript package masks world-changing functionality. When the container is set out in the sun, it purifies water—no energy required.

It’s not the only unlikely object in the exhibition. Climb the dark, intricately carved wooden staircase to the second floor (the museum is located in Andrew Carnegie’s former mansion, completed in 1902), and you’ll encounter the NeoNurture car parts incubator. As the name suggests, it provides life support for newborn babies, with an enclosure powered by heat-generating car headlights and a motorcycle battery. A replacement for fussy hospital incubators, the NeoNurture is intended for use in developing countries, where it can be repaired with just a little automotive know-how and readily available parts. And for when death finally comes knocking, the room next door holds the Return to Sender Artisan Eco-Casket, which is made from biodegradable bent plywood instead of potentially contaminating wood composites or PVC. As soon as it’s buried, it slowly starts to disintegrate.

After past shows celebrating futuristic forms, translucent plastic, and high-tech gizmos, all designed largely to fuel consumer lust, this year’s triennial has decidedly different ambitions. Named Why Design Now?, it even questions the very purpose of design. Is its role in contemporary society to sculpt a more stylish toothbrush, or to do something more meaningful? Judging by the 134 projects on display, from a lamp powered by soil to a speedy condom applicator that aims to reduce the spread of HIV in South Africa, it’s clear the Cooper-Hewitt’s curators have decided on the latter.

But it’s not just the curators. The exhibition reflects a fundamental shift in the design industry. Traditionally, designers are the people who style the plastic water bottles, soon-to-be-obsolete electronic devices, and throwaway furnishings that clog our landfills, chew through resources, and help us exploit foreign workers. Now, however, influenced by images of suffering in developing countries, news about global warming, and disasters like the oil spill in the Gulf of Mexico, they’re suddenly feeling guilty. On their own time, they’ve begun identifying social and environmental problems, and looking for solutions. Call it the new designer conscience.

“I think designers are finally understanding the real impact they can have, both negative and positive, in various parts of the world,” says Matilda McQuaid, deputy curatorial director at the Cooper-Hewitt. In addition to the work they do for corporate clients, “There’s an understanding that they also have a responsibility to the public,” she says.

Among the grassroots initiatives now gaining momentum is Project H Design, a California-based non-profit organization of architects and designers who build education-related projects in places like Uganda and the Dominican Republic, as well as in needy American schools. Its flagship venture is the Learning Landscape, an outdoor play structure whose grid of numbered recycled car tires can be used for games that teach math basics.

Another major intiative is the Designers Accord, a manifesto that calls for professionals to discuss the social and environmental impact of new products and projects with their clients, and to suggest sustainable solutions, welcome or not. Since the accord’s launch in 2007, some 200,000 designers from around the world have signed on.

Because of the global nature of these initiatives, the Cooper-Hewitt opened up this year’s triennial—created to highlight the best in American design—to projects and designers from all over the world. Japan, Laos, Paraguay, Finland, Israel, Singapore, Colombia, and the United Arab Emirates, among many others, are present. The only country that seems to be missing is the United States’ neighbour to the north. It’s a surprising oversight, because a number of influential Canadians are leading the charge.

With his expansive 2004 exhibition and accompanying book Massive Change, Canadian graphic designer Bruce Mau became the go-to guru for a new generation of professionals. His key question was simple: “Now that we can do anything, what will we do? ” The project made a powerful argument that technology and human ingenuity in such sectors as energy, mobility, manufacturing, and urbanization had progressed far enough that we were now capable of crafting whatever kind of world we wanted, depending how we used design to apply those advancements. Although critics knocked Mau for his blinders-on enthusiasm (the New York Times’ review of the exhibition said, “In the end, Mr. Mau’s educated optimism may be the most radical part of ‘Massive Change’”), many designers ran with his ideas.

Massive Change was the first completed project from the Toronto-based Institute without Boundaries, a postgraduate program Mau founded with George Brown College in 2003. The institute recruits students from a wide variety of backgrounds to explore global problems. For the past few years, it has been working on the World House project, a set of guidelines and prototypes for sustainable, affordable, and technologically responsive dwellings suitable for all corners of the earth.

“We’ve been rethinking the purpose of design,” says Luigi Ferrara, the institute’s director. “It isn’t just to create a set of products that will abundantly fill the marketplace. Maybe the role of design in the future is about creating a balance of experiences that make for a fulfilling life, and that protect the planet and all forms of life.”

The institute has sometimes struggled to communicate its results, but next spring it will launch a major, multi-year exhibition at Evergreen Brick Works in Toronto, arising from the World House project. The display will gradually introduce a number of full-scale home prototypes, along with an array of new building technologies and materials, in the hope of inspiring a shift in the way people build homes. A related book will offer specific instructions for renovating, redesigning, and improving individual homes, and even entire neighbourhoods.

The design focus of Institute without Borders shifted in late 2009 to urban infrastructure, with a project named City Systems. This intiative involves full-scale city building, and this year came to include plans for an improved urban core in the town of Lota, Chile, which was decimated by an earthquake in February. “It’s a small mining town with about 50,000 people, and about 4,000 families have been left homeless after the earthquake,” says Ferrara. “We’re going to imagine new small cities within a city, and rethink how you can build them to be resilient against earthquakes, tidal waves, and global warming.”

Of course, making a difference in the world doesn’t require projects on such a large scale. In 2004, Patty Johnson, an award-winning Toronto furniture designer, decided to embark on a Canadian International Development Agency–sponsored trip to Guyana, because she felt that “something was still missing” in her career. The visit focused on helping furniture companies in that country find new markets. “When I arrived, I was absolutely amazed and moved to find these incredible manufacturers, large and small, working in incredibly difficult circumstances,” she says. “They can’t afford to hire you as a designer, and they have no distribution. So it had to become more of a comprehensive approach; my role, as the designer, had to expand.”

The trip eventually led to the creation of the North South Project, a collaborative effort between Johnson and a handful of artisanal companies in Guyana and Botswana. The objective was for artisans to make furniture and accessories that would appeal to high-end markets in developed countries. That way, the companies could “build their own presence in these marketplaces and begin to get their own foothold,” says Johnson. “That generates income and economic capacity, and allows them to employ more people.” When she launched the collection in 2006, at the International Contemporary Furniture Fair in New York, it was an immediate hit, picking up the ICFF Editors Award for craftsmanship and attracting orders from high-end North American retailers.

In the years that followed, Johnson worked with manufacturers in the Caribbean to develop another collection, named New Caribbean Design, this time in partnership with six regional designers and almost two dozen companies. This past May, she introduced their new collection at ICFF. Again, it received rave reviews for mixing clean, contemporary forms with earthy materials and traditional handicraft.

Now she is partnering with the renowned Italian contemporary furniture company Moroso for a project with the Haida First Nation on Canada’s West Coast. “The Haida already have tremendous creative capital,” says Johnson. “It’s an absolutely remarkable community, in which everyone is an artist.” An early glimpse of their collaborative efforts was on display in the exhibition Haida Made: New Collaborations in Design, which ran this past year at Toronto’s Harbourfront Centre.

This fall, Johnson and a number of Moroso’s designers will travel to Haida Gwaii for the next phase, in which they’ll explore new opportunities for product development in such areas as textiles, weaving with plant materials, woodcarving, and metalwork. The hope is that they’ll develop a fresh new range of products for Moroso to present to international buyers during the Salone Internazionale del Mobile, the world’s largest furniture fair, in Milan in April.

While the products Johnson has developed with far-flung artisans stand on their own merits, there are some potential pitfalls associated with the design world’s sudden embrace of do-goodery. The main fear is that designers will forget to focus on their primary purpose and core strengths: intelligent functionality and inspiring aesthetics. Indeed, many of the solutions presented at the Cooper-Hewitt’s triennial are more practical than breathtaking. The exhibition falls visually flat at times, lacking the moments of transcendent creativity present in previous editions. Reviewing the triennial in the August edition of Metropolis magazine, design critic Karrie Jacobs wrote, “I should be thrilled, because I’ve been going on for decades about how design should be more socially engaged…The problem was, I really hated it.” Her objection was that design had moved too far away from “sexy fluff,” all the way over to “monastic plainness.”

The challenge for designers will be to balance their altruistic desires with their traditional role of responding to consumer demand for drool-worthy products. Those considerations aren’t mutually exclusive—the Bauhaus school of the early twentieth century, and mid-century modern designers like Charles and Ray Eames, believed design could effect social change and improve living conditions for ordinary people, yet they also succeeded in realizing objects that are still coveted as design classics. The task for today’s designers will be to develop a new voice—to respond to twenty-first-century issues without losing their sense of joy.