The Sun Will Come Out #tomorrow | The Walrus
Skip to content 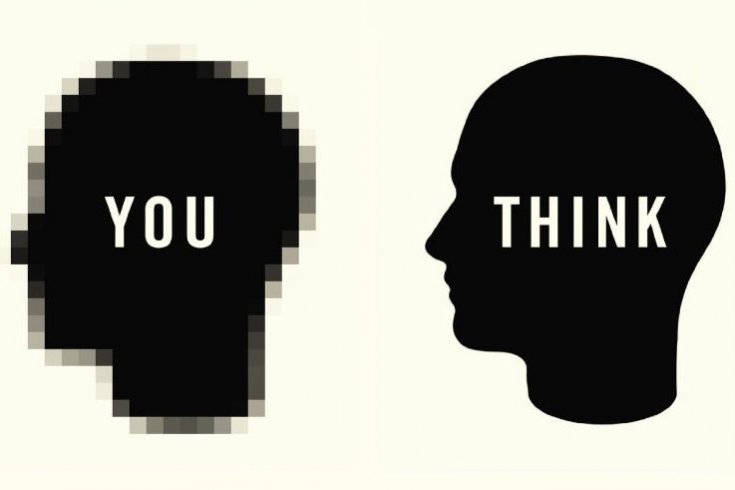 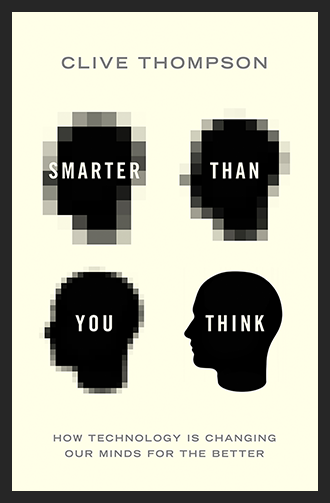 In his debut book Smarter Than You Think: How Technology Is Changing Our Minds for the Better, science and tech journalist Clive Thompson offers a compelling rebuttal to the skeptics of today’s technological landscape. (See the November issue of The Walrus for Jeet Heer’s review, “Happy Medium Is the Message.”) The Canadian expat, a regular contributor to Wired and The New York Times Magazine (and an occasional contributor to The Walrus), focuses on insightful anecdotes about “what’s observably happening in the world around us.” During a recent interview over Skype, he talked about the book, his texting habits, and how technology affects his life and his work. “It’s easy predicting the future—frankly, who’s going to tell you you’re wrong? ” Thompson joked. “It is much harder to predict the present.”

Jonathan Wu: What was the genesis of this book?

Clive Thompson: In one sense, I had been researching this book for [my entire career]. When I graduated from the University of Toronto in the ’90s, the Internet was coming to the mainstream. I became interested in reporting the effects of new technologies on everyday life for magazines like Shift and Report On Business. I started off being extremely pessimistic and misanthropic about technology and cognition. I didn’t think it was a good idea for the average person to be communicating in public. I thought our attention spans were going to shrink into nothing. That good, quality online speech would be drowned out by stupid and corrosive talk.

While many of my concerns came true, I consistently failed to predict the amazing things that would happen. I failed to predict that messaging would turn into this interesting form of persistent contact. I didn’t see things like Wikipedia coming—these massive collaborations by individuals to produce these towering documents. I didn’t get that there was something transformative about how blogs enabled people to move their internal thoughts into public spaces.

In the last few years, there have been a series of skeptical books about the quality of our thought and how technology is either shredding it, as with Nicholas Carr’s The Shallows, or turning us into narcissists, as with Sherry Turkle’s Alone Together or Jean Twenge’s The Narcissism Epidemic.

As much as I respect these arguments, they don’t really accord with the reality I’ve found in my reporting. When you go out there and talk to people and see the things that they’re doing, it’s quite inspiring. So the book is a culmination of my long fascination with technology and my slow realization that I was actually pretty optimistic about the direction that society was going with this stuff.

Jonathan Wu: The writing feels really personal. What can you say about your own relationship with technology?

Clive Thompson: I should preface this by saying I actually tried not to put too much of myself in the book. I am a nerd and a middle-aged white dude—my life isn’t representative of everyone else’s. The funny thing about my experience is that I’m actually a really social person, and yet I picked a career that has me sitting alone in the corner of my bedroom all day long. So as my friends began thinking and living publicly through things like blogging, Twitter, Facebook, and even Flickr and Instagram, I literally felt my world expanding on a daily basis. It became this wonderful sense of contact with them not just emotionally, but also intellectually.…Part of my experience has been this fantastic sense of vistas opening up, not just in connecting to strangers that are interesting, but learning new aspects of people that I already know and care about.

Also, I text like a teenager. I text like 150 times a day. My wife and I are text maniacs. We’re the type of people who text each other even when we’re just on a different floor of our own house. Or sometimes, we’ll instant message for two hours instead of me going downstairs to talk to her. Some people I’ve mentioned this to ask, “Isn’t that a horrifying statement on your marriage? ” But what people don’t understand is that we’re writer-ly people and we express ourselves in fun, playful ways when we’re instant messaging that are substantially different, but terrific, delightful, and [with] great emotional layers.

Jonathan Wu: How has technology affected you as a journalist?

Clive Thompson: I’ve found that thinking publicly about what I’m working on is a great way to connect to resources. There was a time when I wouldn’t tweet about my next Wired column because I didn’t want to give it away. Then I realized that my followers represented a massive collection of intelligence. When I was writing my book, I wanted to know how much people wrote in the past. I was doing all sorts of research, and it was really hard to get the data. So I finally tweeted, asking if anyone knew any academics that had done work on this. Within fifteen minutes, a bunch of people and institutions responded, directing me to David Henkin’s The Postal Age. Sure enough I get the book, and it’s fantastic. I ended up interviewing the guy. So I find this way of thinking out loud absolutely great for my journalism.

Also, as a writer of long-form journalism, I spend anywhere from six months to two years on a magazine piece. It comes out and its 5,000 to 8,000 words long. Before the Internet came along, there would be a cool conversation about that story for one month while it was on newsstands. After it went off newsstands—the conversation was over. It was as if the story never existed. I would never hear anyone mention that piece again, except for maybe my closest friends.

But now that these stories live online, I’ve noticed this fascinating long-tail phenomenon. Someone will stumble upon something I wrote four years ago and find it interesting. And then there’ll be this flurry of conversation about it again as it gets passed around. This is unbelievably delightful for me.

Jonathan Wu: Can you name any challenges that you have to overcome because of technology?

Clive Thompson: Distraction. You work at your computer and there are a million more interesting things that you could be looking at. I struggle with distraction the way that everyone does. I think of all the critiques of the technological world, distraction is the one that is absolutely true. There’s nothing about it that is apocalyptic or overplayed. It really is a problem, and it really requires of level of attentiveness that is difficult.

I suppose the only upside is that I’ve become a more mindful person. I’m more aware of where my attention is going because I have to be. You think of your computer as a computer, but it’s not. It’s a society of companies that are trying to dominate your attention and monetize your eyeballs. They happen to give you fantastic tools for thinking, but they’re trying to pay for it by advertising, and so they want you there all the time. It’s absolutely no surprise that an economic situation like that is going to result in a computer and smartphone experience that’s constantly trying to peck at you like a duck. I think there are some potential technological solutions. Most of them are about self-control or re-architecting the entire framework of how computer devices work, which I don’t think is going to happen. So the sad truth is that it’s up to us, it’s up to our self-control. It’s not easy.

Jonathan Wu: How do you think your book will speak to people twenty years from now?

Clive Thompson: On the one hand, parts of it will seem insanely dated. It’s entirely likely that there will be some shift in the way we use media over the next five to ten years that I am gormlessly unaware of right now. But one of my goals for the book was to write as little as possible about individual apps or services because I’m much more interested in the patterns of behaviour that emerge around technology. I’m often very slow about that. I didn’t write about Facebook for three or four years, until it was well into its tens of millions of viewers. That’s in part because I don’t like to speculate, I like to report.

The advantage of this is that I am able to pull out patterns of human behaviour that I think will last, because they’re rooted in stuff that goes back hundreds of years. Something like ambient awareness—the idea that we have this almost ESP-like sense of what people around us are thinking and doing through online utterances on things like Twitter, Facebook, and Instagram—is very new because we couldn’t do it globally and remotely before. But on the other hand, it’s rooted in a very old behaviour. We’re very good at reading each other based on the little sighs, the eye rolls, and things like that. I think the human behaviours I look at will be as relevant twenty years from now as they are today.

This interview has been edited for publication. Read an excerpt from Clive Thompson’s book at smarterthanyouthink.net.

Jonathan Wu is a former intern of the magazine.