The Second One-Legged Runner | The Walrus
Skip to content 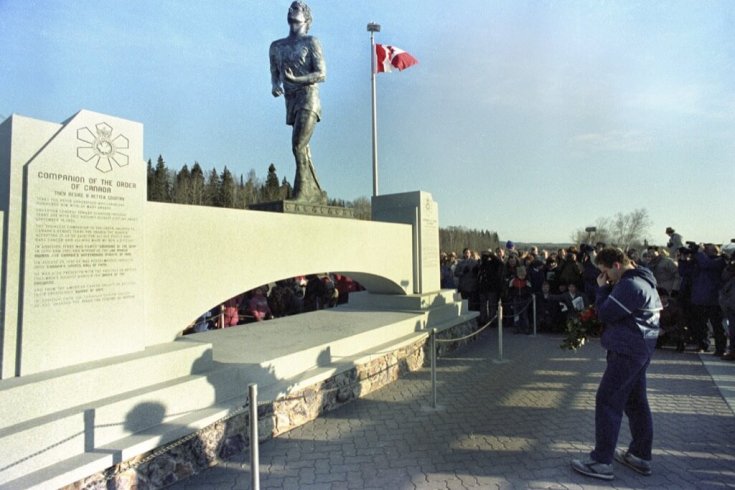 Fonyo stands before the Terry Fox monument in Thunder Bay, ON, in 1984 / Photograph by Mike Blake/the Canadian Press

Twenty-five years ago this month, Steve Fonyo dipped his prosthetic leg in the Pacific Ocean, completing his Journey for Lives, a cross-Canada run modelled after the Marathon of Hope that Terry Fox had aborted five years earlier. Fonyo raised $13 million for cancer research, and became the youngest recipient of the Order of Canada for his efforts. Last December, he became the fourth-ever recipient to have his Order revoked, for multiple criminal convictions, including bashing a landlord in the head with a crescent wrench, and passing approximately $10,000 worth of fake cheques, to purchase cigarettes he later traded for cocaine. Onlookers nationwide wondered what had gone wrong. This Ottawa Citizen article from June 11, 1984, by Sherri Barron, provides an answer, foreshadowing the ultimate fate of a Canadian anti-hero.

Since leaving St. John’s March 31, [18-year-old Steve Fonyo] has consistently fallen short of his running schedule. Last week, [he] was just outside of Moncton, NB, and had gone 1,400 kilometres. That’s 850 km behind the progress Terry Fox had made on the same day four years ago.

“I know I’m far behind and it worries me,” Fonyo said in a recent interview. “But if I don’t make it home until January, people are just going to have to understand.”

In 1955, an African-American woman was arrested for refusing to give up her seat on a bus in Montgomery, Alabama, and became the first to challenge the city’s segregation laws in court. She was Claudette Colvin, and she made her protest nine months before Rosa Parks did. At first, Colvin’s ordeal seemed like the test case local activists had been looking for, but organizers argued over whether she was the right face for their cause. They decided against her after she became pregnant by a married man—the result of an alleged rape. Parks took the mantle; Colvin, not quite forgotten, was fired at least once because a customer recognized her from the papers. “My mother told me to be quiet about what I did,” she said to the New York Times. “She told me, ‘Let Rosa be the one. White people aren’t going to bother Rosa—her skin is lighter than yours and they like her.’”

Predicting his chances of meeting his own goal is like betting on a vibrant, young racehorse that’s barely broken in and highly unpredictable.

One can only look at the odds, and compare Fonyo to the passionate young man who inspired this mammoth undertaking with his tremendous 5,385-km trek after losing a leg to cancer.

Fox, of Port Coquitlam, BC, stunned the world with his stubborn, almost brutal will.

He was forced to abandon the run just outside Thunder Bay, after cancer spread to his lungs. He died the following June.

Now, despite the mixed feelings of some Canadians who believe Fox’s run should never be repeated, Fonyo is tackling the journey.

“I hate to say it, but I did rotten the first two months. It’s almost embarrassing.”

Fonyo partially blames his crowds of supporters for his slow pace.

“I really don’t know what to do. They want me to stop for everything, a photograph, an autograph. Sometimes they just want to talk or give me money. I don’t want to refuse them, so what do I do? How do I tell them they’re hurting my run? ”

“People feel guilty because they ignored Terry Fox for so long, and they’re trying to make it up by being good to Stevie,” said his father, Steve, in a telephone interview from Vernon, BC.

Fonyo also had the misfortune of beginning his run amid the worst snowstorm to hit Newfoundland this winter, Fonyo’s father added.

And the runner has had problems with his artificial leg.

“I lost quite a bit of weight, and the cup that fits over my stump became too big,” he said. “But now that’s been fixed. And I ran 27 miles the first day I tried it out.”

While Fox was a dreamer, a pusher, and it took him months to win the support of the nation, Fonyo boasts of his pragmatism. While planning his run more than a year ago, he cut Fox’s 8,548-km route down to his size—7,190 km.

“Terry’s run was too long. I don’t think I could do that,” says Fonyo.

While Fox skipped medical checkups, Fonyo has stuck to his religiously. His last checkup in Halifax several weeks ago found no traces of cancer.

Yet, Fox was in far better physical shape than Fonyo, who was overweight when he set out.

Many observers say Fonyo has a far better chance of finishing the run than Fox. Not only has Fonyo had more support from the public and the press, and a more shock-absorbent artificial leg, he’s considered cured of the cancer that attacked both men.

Fonyo has had to contend, nonetheless, with personality clashes among a group of people sharing the inevitable strains of such a journey, as Fox did before him.

While Fox’s best friend and brother stuck with him throughout the run despite constant tiffs, Fonyo’s medical attendant abandoned the trip in frustration about two weeks ago.

Romeo Gadbois, of Salmon Arm, BC, had said Fonyo invented problems like sores and blisters.

Fonyo denies the charge: “He’s just annoyed because I asked him to leave.”

Fonyo’s sister, Suzanne, is talking of returning to the family home in Vernon next month. Fonyo’s father may take her place.

However, one of Fonyo’s greatest advantages is the mere fact that Fox made the run before him.

And Fonyo, a proud and wilful man, is adamant he can complete the run.

“I wouldn’t have started it if I didn’t think I could finish it.”

As… Suzanne said before the second one-legged runner’s test began: “Only Stevie knows the true depth of his commitment.” 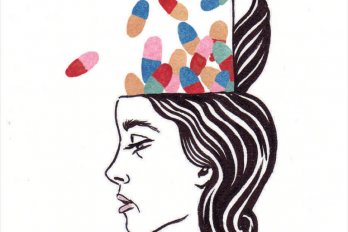